By Allison Van Oirschot
| May 2

Enjoy anime and gameplay with these action-packed titles.

In 1960, America was introduced to anime for the first time with Osamu Tezuka's “Astro Boy.” Since then, countless shows, movies and games have flooded the west, creating fans everywhere. Mobile anime games in particular have become very popular, whether they’re based on an anime or just have the said style.

These anime games are usually made to capitalize on the popularity of a well-loved series, as the many different Dragon Ball shows and the still going strong One Piece. Others are sometimes inspired by western media, such as Disney’s Twisted Wonderland, featuring characters based on popular villains. A lot of these games are hit or miss depending on gameplay, controls, story, art style and more. We’ve compiled the top 10 best mobile anime games for you to check out and hopefully enjoy.

The timeline has been torn apart and enemies and allies both old and new are all in the same place causing trouble. Play as Goku and other recognizable Dragon Ball characters while trying to fix the timeline. Super attacks and super emotions collide to make an experience faithful to all the various Dragon Ball series. Collect Ki Spheres to charge the super attacks and link the spheres to attack foes. Organize a powerful team to take on anyone from Frieza to Beerus and more. Play at your own pace and enjoy high-quality fighting animation while you’re at it. In case you need help, consult our tier list for Dokkan Battle.

Build a fortress to protect your village while also placing ninjas and traps as further defense. Send out other ninjas to attack enemy fortresses and overcome their own tough defenses. Gather your friends and play together or fight each other with online co-op missions. Enjoy the fluid CGI movement of characters and watch the epic cut-in clips of different ultimate jutsu. Collect ninjas from both the Naruto and Boruto anime such as Sasuke and Sarada. How long can you protect your village? 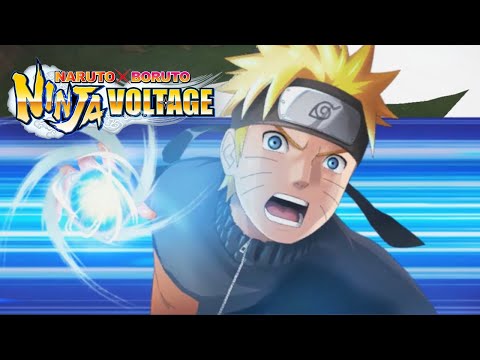 The beloved series returns as an action-packed RPG filled with classic battles and characters. Gorgeous graphics and beautifully detailed outfits really make this game pop. Restoring the original source material, strategically pick your team of saints like Pegasus, Dragon, and Andromeda to battle your way to victory. Relive intense battles such as the Galactic Wars, the Battle of Poseidon and more in spectacular turn-based real-time combat. Not only that, but popular Japanese voice actors are also providing the voices for the characters, like Ishikawa Kaito, Fukuyama Jun, Hayami Saori and many others. Go and fight for Athena! 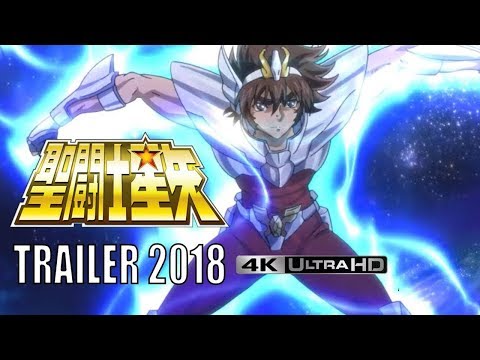 With over 1,000 manga chapters and anime episodes spanning over 20 years, it’s no surprise that this beloved series would have multiple games under its belt. In this recent game, play as your favorite characters such as Luffy, Law and more in 4v4 real-time battles. Battle across familiar locations like the Alabasta kingdom and Baratie restaurant. Inspired in part by capture the flag, your team needs to loot more berry coins than your opponents while also fending them off. Find character fragments during battles to unlock more characters to mix and match your team. The more loot you have, the closer you are to becoming King of the Pirates! 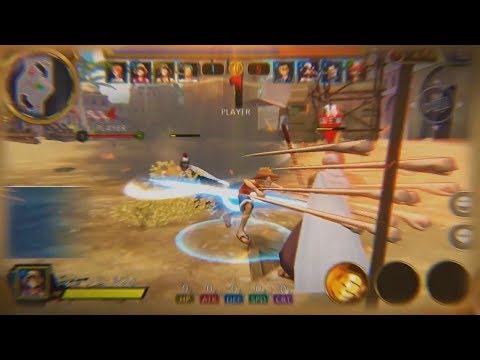 Chock-full of your favorite heroes and villains, this beautiful 3D adventure is not one to miss. Take control of the likes of Meliodas, Diane, Ban and more as you explore the land and fight your enemies. Using the skill-based, turn-based card battle system, tap on character cards to have them fight and watch as they use their epic moves to claim victory. When you’re not fighting, take a load off at the Boar Hat Tavern and interact with characters, eat a meal, and drink some good beer. You can also customize your characters here by changing their outfits. As we're always featuring prime mobile anime games, you can find the 7DS tier list right here. 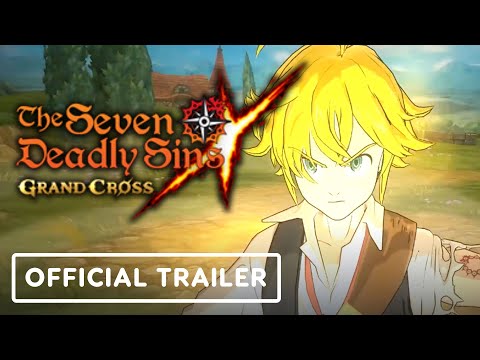 Prevent the destruction of the 7th world with the help of unique and powerful warriors at your side. With anime-style cutscenes and fluid battle animations, you’re not just playing a game, you’re watching an amazing anime. Travel around the world and engage in some intense 3v3 battles. Beyond the main story, challenge other players in the arena and raid labyrinths to fight monsters and earn rewards. A fully voiced cast and gorgeous music truly make for a magical gaming experience. As always, you should take a look at the Epic Seven character tier list in case you'd like to start playing it. 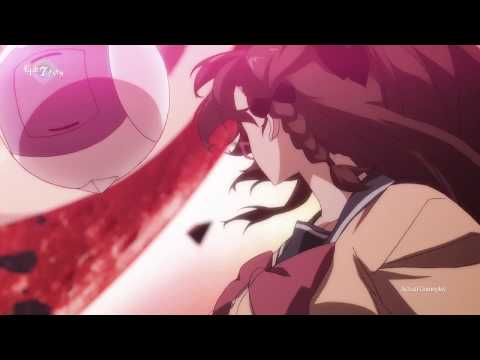 As captain of the all-female group the Valkyries, it’s your job to lead them in the battle against Honkai, a near-unstoppable force looking to destroy the world. Each Valkyrie comes with different special powers and ultimate moves needed to fight the entity. For example, Bronya Zaychik uses high-tech guns and shields while Carole Pepper wields huge punching gauntlets. Watch them light up the battlefield with flashy moves and epic combos and wipe Honkai off the map. A companion game to Genshin Impact, you don’t necessarily need both games to enjoy both stories. Though it looks engaging, the girls could’ve benefitted from more practical clothing.

Picking the best Valkyrie is not as simple as it seems? Our Honkai Impact tier list is here to assist, as well as the codes for Honkai Impact! 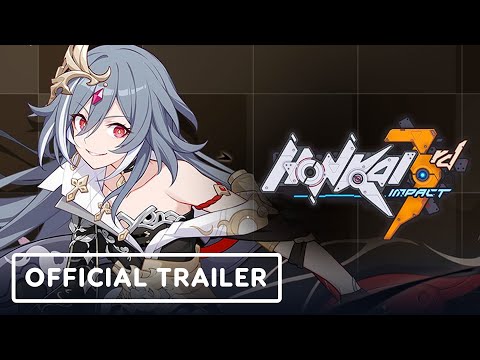 Well, the Google Play trailer was certainly impactful. Set off on a grand adventure via an airship and explore the picturesque world of Exos. Team up with the likes of a dragon and a treasure hunter as you enjoy a fascinating story. Come up with a strategy to conquer turn-based battles using over 250 powerful heroes. Break enemies and earn rewards to make those heroes stronger. The graphics are almost too good to be true, but worth checking out.

We made a lovely little tier list for Exos Heroes, as well as the coupon codes that you can redeem in Exos Heroes and claim some useful gifts for free! 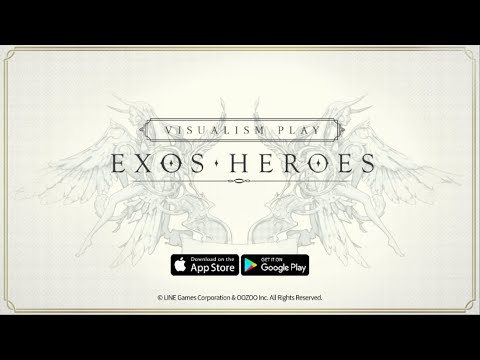 A much talked about series that has lasted for over 30 years, this newest addition features several different stories and characters; enough content to last players a full day. From defending the kingdom of Askr from the Emblian Empire to restoring the kingdom of Nifl after being conquered by the kingdom of Múspell and beyond, it’s highly unlikely you’ll get bored with this game. Ally with familiar faces such as Edelgard and Claude while also meeting new faces like Freyr, king of Ljósálfheimr, and Ash, a Retainer to Askr and the goddess of connections and strong bonds. Battle across over 1,600 story stages in turn-based combat to gather orbs needed for summoning heroes.

Make your heroes stronger through leveling, equipping weapons, and more, but also consult our FEH tier list that will help you pick the best characters. 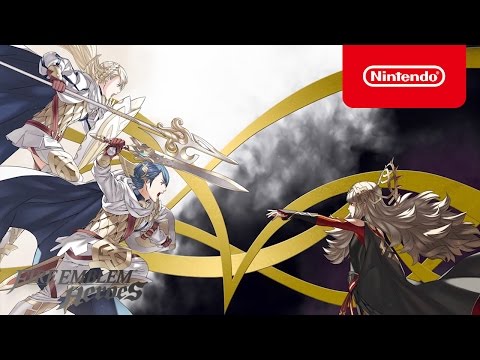 Formerly only available on PC, this game has made the jump to mobile and already has over two million players. Collect over 100 heroes and strategically battle your way to victory. Get as many heroes as you can because the bosses here are huge and formidable. Play alone or with friends as you join a Guild, fight in Dual Raids, and challenge others around the world in PvP. Choose which hero attacks or switch on auto and watch them use their epic and powerful moves.

It's certainly a fitting title to close down our list of best mobile anime games. What are your favorites? Discuss with the community in the comments below! 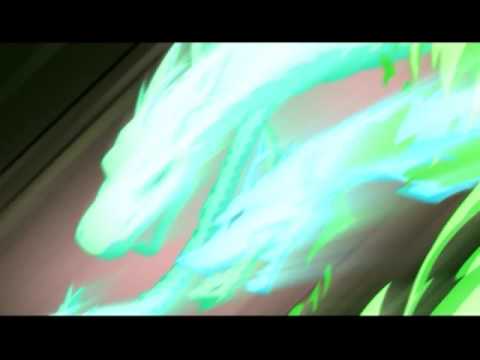 Subscribe to Pocket Gamer on
0/10
Next Up :
Top 13 best Medieval mobile games