By Pocket Gamer staff
| May 16

If this pandemic is not enough, we have a list of the best mobile survival games for iOS. Just in case you need more stress in your life

Survival games are a relatively recent phenomenon when it comes to gaming, it certainly wasn't around until very recently, but now there are elements of it which are permeating into other genres all the time. As a matter of fact, if you look at some of the most popular current games, even Battle Royale games like Bandlanders or PUBG, you'll find them rife with mechanics which first found their feet in the survival genre. Therefore, we believe they deserve a list of the best survival games for iOS.

That's right, if you're looting, hoarding or crafting stuff in a game then you can probably trace back the inspiration of that game back to the survival genre, and the game which brought the concept into being a household name: Minecraft.

While there were arguably survival games before Minecraft, its combination of randomness, crafting and scavaging - as well as surviving environmental threats - inspired the games industry, and before long lots of other games were honing in on delicate inventory management, and environmental 'picking' even if they had set, defined maps.

What are the survival games, and what can you expect?

With our list of best mobile survival games for iOS, you'll be picking clean the environment and choosing whether you should fight or flee a variety of enemies. The odds will be stacked against you as you explore the zombie-infested USA, an alien filled with dinosaurs, or a deadly radioactive island.

Whether you are surviving the apocalypse or just trying to keep a small island habitable, there is a lot to discover in survival games. Although the majority of survival games currently feature zombies, we’ve compiled the best of them and a few which feature new faces like dinosaurs, dark monsters and mythical creatures.

So, click on the big button below to read on and find out our favourite survival games for iPhone and iPad, and if you think we've missed something then leave us a comment, because we do occasionally revisit our various lists to make sure that we've kept them completely up to date.

A spooky survival game, Don’t Starve has you trying to survive in a very harsh world, where you need to build basically everything you need to survive, with the goal of making it back home. Each bit of the world is procedurally generated, giving you different creatures to interact with and biomes to discover while you gather the materials to survive the night.

We have a pretty detailed Don't Starve: Pocket Edition review, where we pretty much detailed on how we got lost, hungry, cold, tired and pretty much everything else you might expect. Nonetheless, it's a game with so much charm and beauty that its well-deserving of the top spot on our best survival iOS games.

Ah, and we've also got some Don't Starve tips to help you survive your first few days - don't miss them! 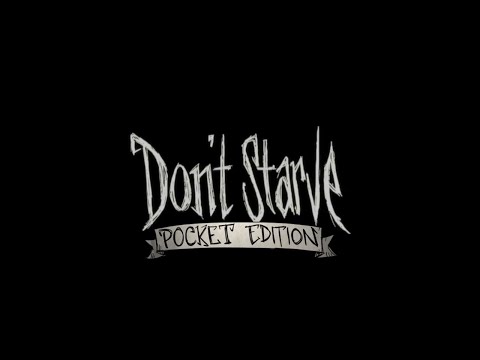 ARK is a Jurassic-themed survival game where you need to keep yourself alive while dinosaurs roam the land. You’ll have to gather resources and craft if you are going to be able to survive. The realistic looking graphics add a lot to the game - and who doesn’t want to live in a world full of dinosaurs - as long as you can survive that is. 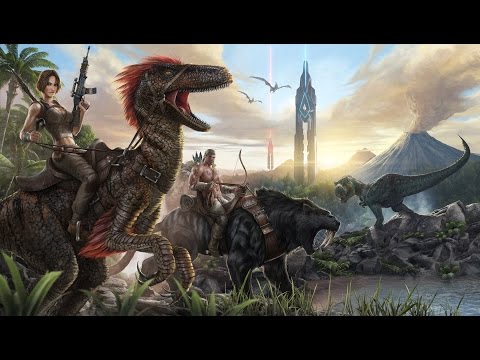 Would this be a survival game list without Minecraft in the top 3? Probably not. Minecraft is a survival and building game where you explore a blocky world, taking on skeletons, spiders, creepers and more as you build your own base, discover mysteries, survive, and thrive in the seemingly never-ending world full of blocks.

Not convinced to try out this mobile blocky masterpiece? Then you should read our Minecraft Pocket Edition review, then scroll through our massive collection of Minecraft guides. We're sure there's something in there for everybody! 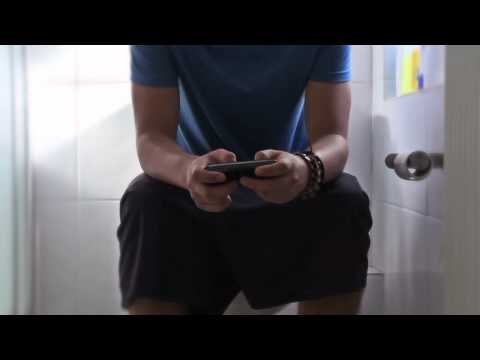 Playing as a cowboy in the wild, wild west, Westland Survival is a game about staying alive in a world without rules. You have been raided by bandits and need to keep yourself alive in the wilderness while building up a better place to live. There are other characters and players to interact with, trade with, and fight - but it’s up to you if you want to survive in the west.

It may not be as futuristic and jaw-dropping as the TV show Westworld, but it's still a super fun Wild West type of game with RPG and survival elements that make it stand out from the rest. It's a top iOS survival game in our books. 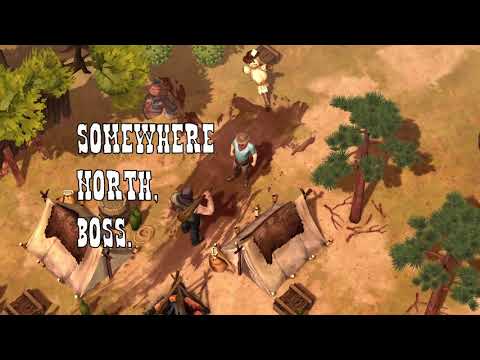 Instead of a realistic world or a dark world, Utopia: Origin brings you a fantasy world full of bright colors, plants, and mythical creatures that you’d not see in the real world. You do still need to survive, with your guide Xiaxia’s help, as demons and skeletons can end up attacking you and ending your game. You will need to keep your fire burning and your house protected in this world.

The game looks great, and its bright and colourful approach makes it a little bit more lighthearted than it actually is. We suggest you give it a shot, since it's probably unlike every other survival iOS game you've played.

UNKILLED is a shooter where you are placed in New York City after a zombie outbreak, leaving monsters everywhere. You need to work as a team to find the patient zero and destroy it while working with your team to destroy everything looking to kill you first. There are a lot of different bosses and missions in this game.

The game might look like a typical shooter, which it is, but it also revolves around survival, thus making it a worthy addition to our list. You can read more about it in our Unkilled review! 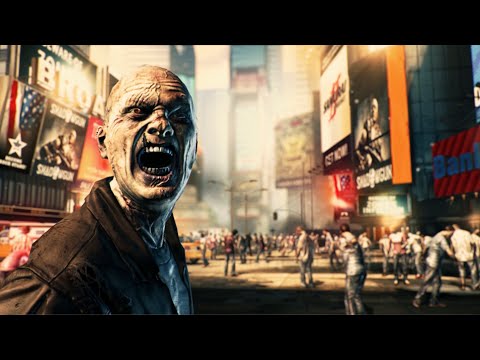 Another zombie game, but this time with less realistic graphics, Organ Trail: Director’s Cut has you trying to survive while moving out of the city, fighting zombies, collecting weapons, and gathering artifacts as you go. There are bosses to face off against and the game imitates the weather and time of day, to keep things interesting.

This retro survival is so good and so fun it's hard not to mention it on the list. So, if you need further convincing you should read our Organ Trail: Director's Cut review - it's zombie greatness! 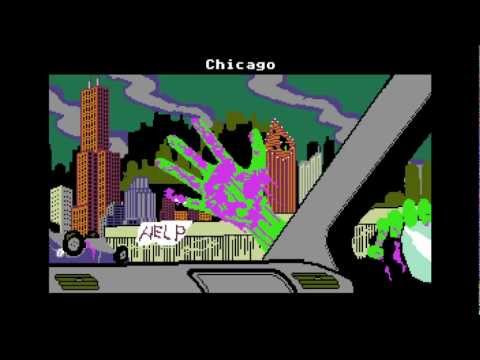 Grim Soul is quite a dark MMORPG set in a fantasy world that is not full of zombies but does have a disease that is plaguing people all over. You need to survive and escape the disease, collect resources, defend yourself and continue to make your home safe. This game has a lot of fighting to keep yourself alive!

The game is absolutely brilliant, and since it bears such a close resemblance to Dark Souls, you can expect it to be challenging as well. Therefore, we've prepared a couple of Grim Soul: Survival tips to help you out. 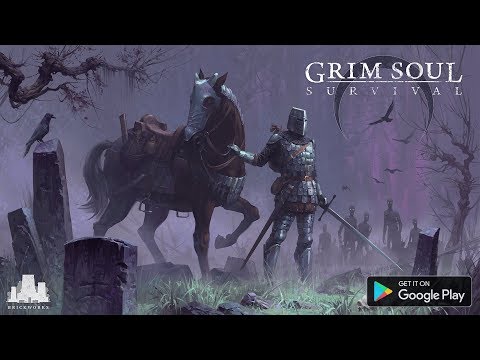 Instead of being on dry land, Ocean Nomad introduces the challenge of survival on a raft in the middle of the ocean. Well, you aren’t only on a raft, there is also an island full of dangers. The ocean has its own dangers - mainly sharks. You’ll need to gather materials, craft, and work on your survival skills when it comes to beating up these animals.

Raft: Ocean Nomad is a game that appeals to many players, and it's easy to understand why. Once you start playing it, it's really difficult to stop. Sort of like Minecraft. Everything comes down to creativity and skill. It's one of the best survival games for iPhones and iPads even in 2022. 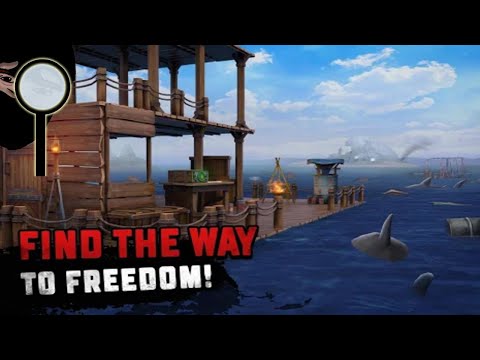 Radiation Island is an open-world survival game that not only has zombies and animals looking to attack you but also has the added bonus of the world having pockets of radiation, causing extreme weather conditions to survive through. This world looks much like our own, only harsher and more challenging to survive in.

You should also check out our Radiation Island review - it'll give you all the details you need to start off your very own (dangerous) adventure on the island. 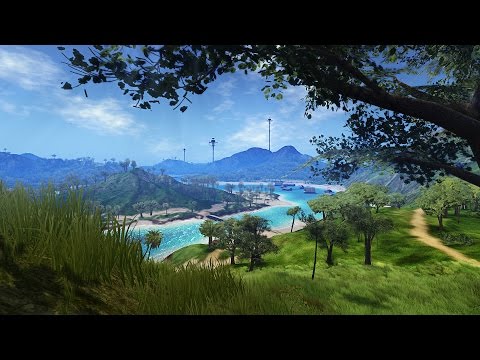 Last Day on Earth: Survival has you surviving - you guessed it - a zombie outbreak. You are one of the last people left alive and will be tasked with building a safe space for you to try to live in. You can put out traps, create weapons, and scavenge for materials that will help you continue to stay alive in a world full of undead.

When you do decide to start off your zombie apocalypse survival journey, you should also take a look at some of our Last Day on Earth: Survival tips. We've made a list packed with essentials to help you have the best start ever to the game. 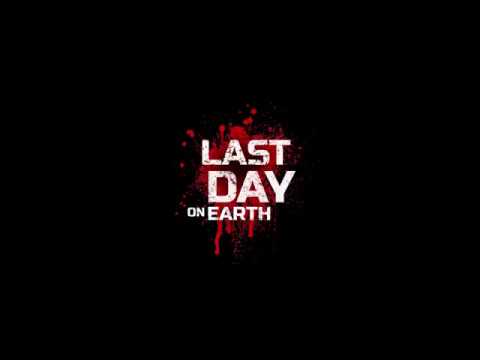 Cataclysm: Dark Days Ahead is a turn-based survival game where you are exploring what is left of the world after everyone has died in an ap[ocalypse. This game is generated differently each time, but there are always monsters to escape from and items like food and petrol to find. Skills can be built up to help you, but sometimes it’s all down to the world you get.

Since it's a randomly generated game, you can expect... the unexpected. You've got a lot of replay value in Cataclysm: Dark Days Ahead, and it's unlike every other survival iOS game on this list. Definitely worth a shot! 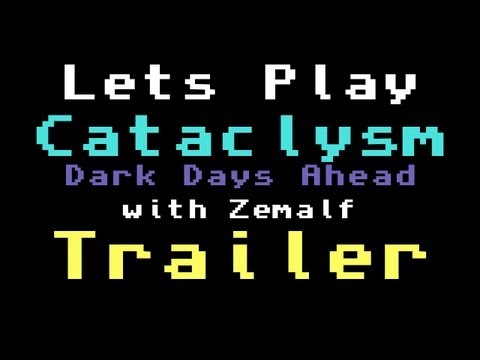 If you want to survive without having to fight off hordes of the undead, Survivors: The Quest is a game more suited for you. After landing on a desert island, you must set up a camp and survive, while discovering what happened to the people who had previously inhabited the island many years before. This game has lots of quests and mini-games!

In reality, it's got a lot of match-three minigames that will fill up a majority of your time. However, there are also more than enough narrative-rich points to make it worth your time. 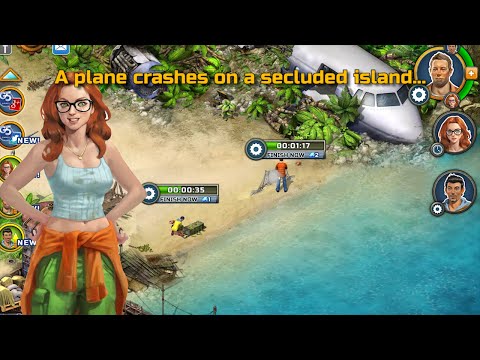 If you are looking for a short experience, 60 Seconds! Atomic Adventure tasks you with finding all of the items you need in your shelter, in just 60 seconds, from around a generated house. Once you are in your shelter, the game does not truly end, as you will need to make decisions as to how to use the supplies you gathered - and if you run out, you’ll end up in the wasteland. 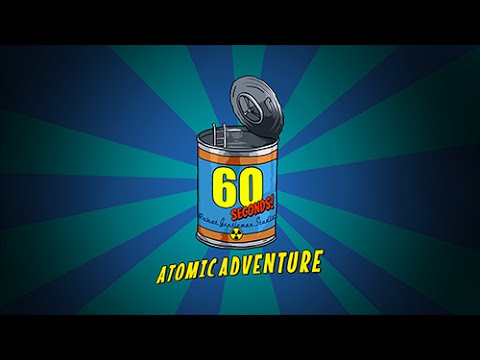 Alongside trying to survive, Day R Survival has you trying to find your family and save them as well. You can’t stay put, as you have a family to locate, so you will need to gather resources and move across the country, fighting off mutants and looking for temporary shelters. This all comes after a nuclear power plant exploded, changing the course of the world.

This game is one of those base builders that cleverly add survival elements into the gameplay. It's a game that will take time to fully complete, but if you love a tad slower-paced games, it's worth a shot. 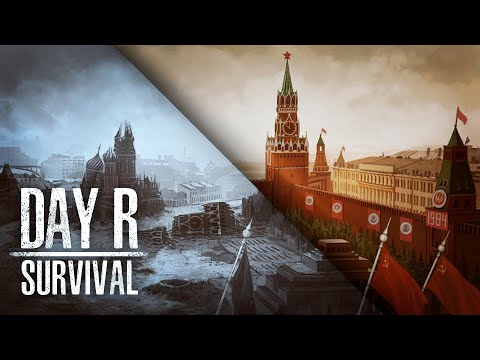 Subscribe to Pocket Gamer on
0/15
Next Up :
Top 10 best iOS tank games for iPhone and iPad
See Comments