We have devised two builds. One for beginners, and one that will be available only after you unlock some advanced weapons.

When your aim is to obliterate any monster that comes your way, you might be faced with quite a challenge - there are quite a lot of weapons in Vampire Survivors, and equipping the best ones will undoubtedly make a difference. Our aim today is to find the best builds in Vampire Survivors so you can always make the best choice no matter which character you're playing, and have the best chance of advancing in the game.

Before we dive deeper into the article, if you are new to the game you might have noticed a few similarities to another popular game, Survivor.io - if you've played either and want to try out something almost identical, then we have a few articles to help you out - check out the best gear in Survivor.io or our Survivor.io guide!

Currently, there are over 100 collectible items in Vampire Survivors, among which 32 are weapons (or items that give you weapons, such as the Candybox), 20 are evolutions for these weapons, and the rest are other upgrades, such as Unions, special weapons, passive items and Arcana items.

How to pick the Vampire Survivors' best weapons?

Each character will have six slots where players can equip weapons and evolutions for them. In order to choose the best combinations, there are a few elements you need to consider. The first and most important is which character you're currently playing - every player will start off with Antonio, who has the Whip as a default weapon. You can unlock more characters by purchasing them with Gold Coins, and each of these will have a different starting weapon. Based on that, you want to choose the weapons that have the best synergy with their starting weapon so you can maximise the slots you have available.

All of the weapons can be leveled up, and depending on the type, they can go anywhere between level 6 (for the Bracelet) to level 9 (for the Greatest Jubilee) and level 12 (for Victory Sword, which is a bit more special). However, most of them cap at levels 7 or 8.  Evolving the weapons means adding an additional effect to truly awaken their potential - taking for example the most basic of all, the Whip, with the Bloody Tear evolution, it will become an extraordinary weapon that will deal a lot more damage, crits, and heal the character back up.

So, if you ever had doubts about evolution, now is the time to set that aside and pick some of the best for each weapon.

Passives also play an important role in unlocking these evolutions, as they will allow you to get some additional stats that go hand in hand with the evolutions and weapons, ultimately allowing the player to get Unions, which are essentially combined weapons with even more stats and, of course, damage!

So without further ado, let's check out the best builds in Vampire Survivors! 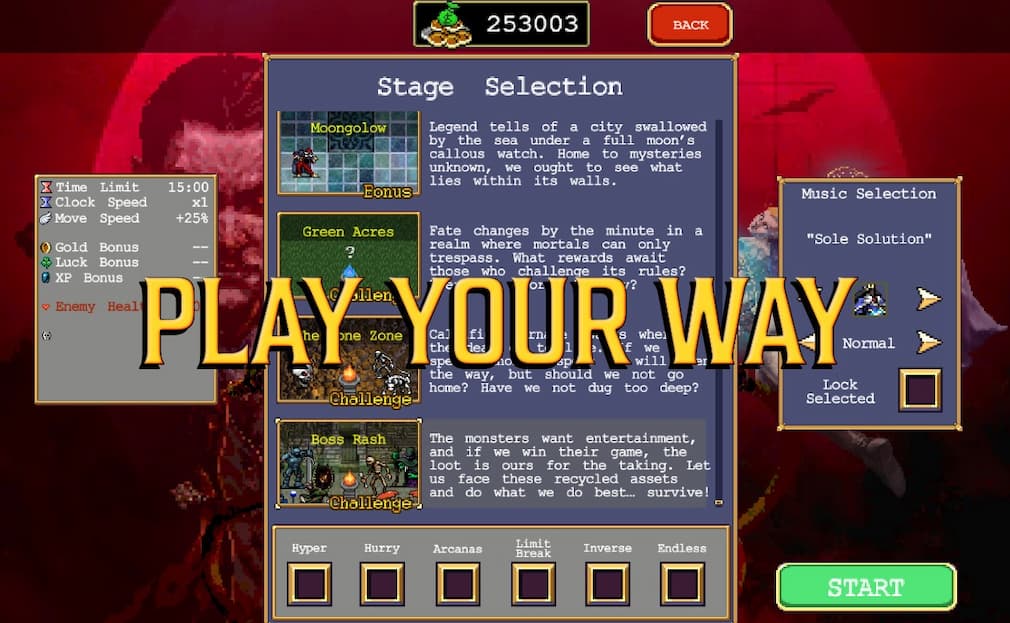 This beginner build will need a bit of grind, but it's all worth it in the end when you manage to put it together because it's a build that can get you through the early game, get you familiar with how everything works, and also unlock all the necessary items you need in the process.

At the very start, you want to play for a while, until you've killed 5000 enemies - that is the first step towards unlocking the Lightning Ring, which is what this build revolves around. After you unlock it, you will have to level it up several times in order to unlock Porta, the character whose starting item is the Lightning Ring.

The next step is to get items that give you a lot of clear speed, such as Axe, Garlic, Peachone, Magic Wand, or anything else that might come your way. The best would be the Axe, Santa Water, Fire Wand, King Bible, Cross and Laurel. It all depends on the items you have coming your way.

With these items, you will be able to stand in one spot (more or less) and throw spells at the enemies, killing them as they come. 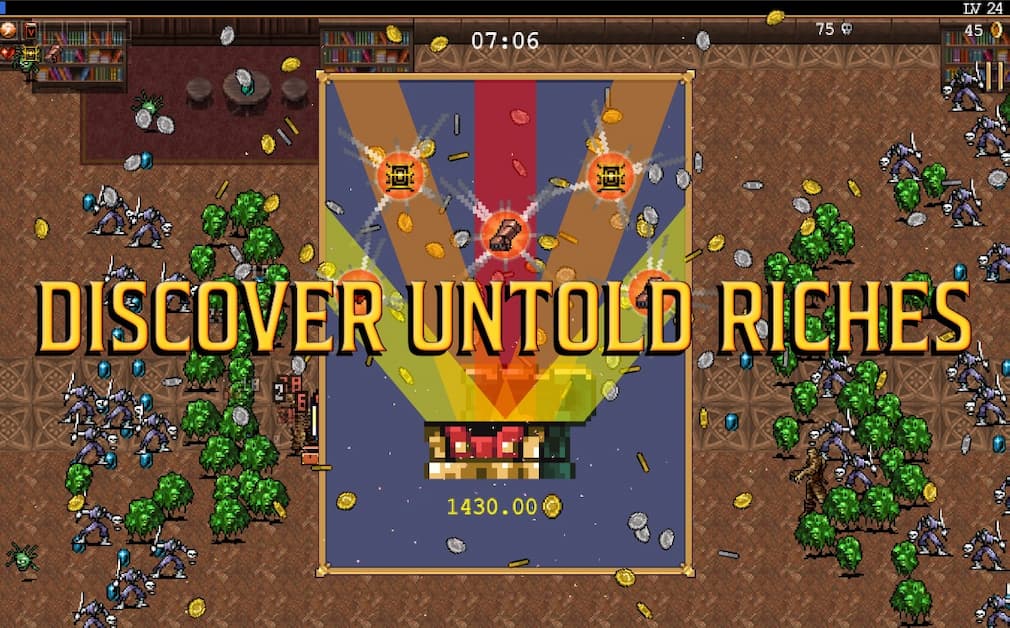 This build simply named "The High Damage Build" is exactly that - a build not entirely ideal for players who are starting out and still have a plethora of options to unlock but is one that is truly reliable for end-game content and battles, where you need a bit more than the default character and his weapon, since every slot matters.

In order for this build to work, you will need to meet certain requirements first.

1. You will need to access the Bone Zone, which is the area that gives you access to a lot more of the game's "secret" content. First things first - to get to the Bone Zone, you need to clear out three of the game's stages on Hyper Mode. This might take quite a while, but if you play the game consistently, you will be able to unlock it soon enough.

Once you reached the Bone Zone, you will eventually unlock one of the relics located there named "Forbidden Scrolls of Morbane" (it will be dropped by the Sketamari mobs). This relic will unlock the Secret Menu, which allows players access to a menu where they can input "cheat" codes (or should we just call them spells?).

2. The next step is to unlock the character named Cavallo - this character can be unlocked the normal way by defeating 3000 Lion Heads, or by casting the spell (or cheat code) "yattapanda". This character is ideal for end-game content since the Cherry Bomb is really good at clearing out multiple enemies at once.

You will need to focus on getting the Vandalier since it's amazing for clearing out the strong monsters. You will need both Peachone and Ebony Wings for it, so make sure you get those relatively quickly. The Thunder Loop upgrade is amazing as always, and with La Borra you will have a lot of damage.

And that's that! Elsewhere, we have created a tier list of the best characters in Vampire Survivors, if you're still looking for the right characters that will fit your playstyle.

0/2
Next Up :
Vampire Survivors: Stage Killers hide a secret

How to unlock Avatar Infernas in Vampire Survivors

How to unlock every secret in Vampire Survivors