Are you looking for the best Roblox adventure games? On various platforms, players can not only enjoy great games of different types but also easily create them. The best example of this phenomenon is Roblox. This is a large-scale multiplayer platform for creating online games, and, thanks to the simplicity of the process, there are already millions of great titles to choose from. User-created game worlds let you survive the threat of a natural disaster, test your skills as a pizza chef, or take a break from it all in a relaxing underwater voyage.

Roblox has a ton of free online games with over 100 million gamers from all over the world waiting for you. It's like Minecraft and LittleBigPlanet decided to merge into a single platform. And the adventure genre in Roblox is one of the most exciting and popular.

It is unlikely that anyone will be able to play all the available games, so we decided to compile a list of the best Roblox adventure games created by users of the platform. Scroll the list to get started! 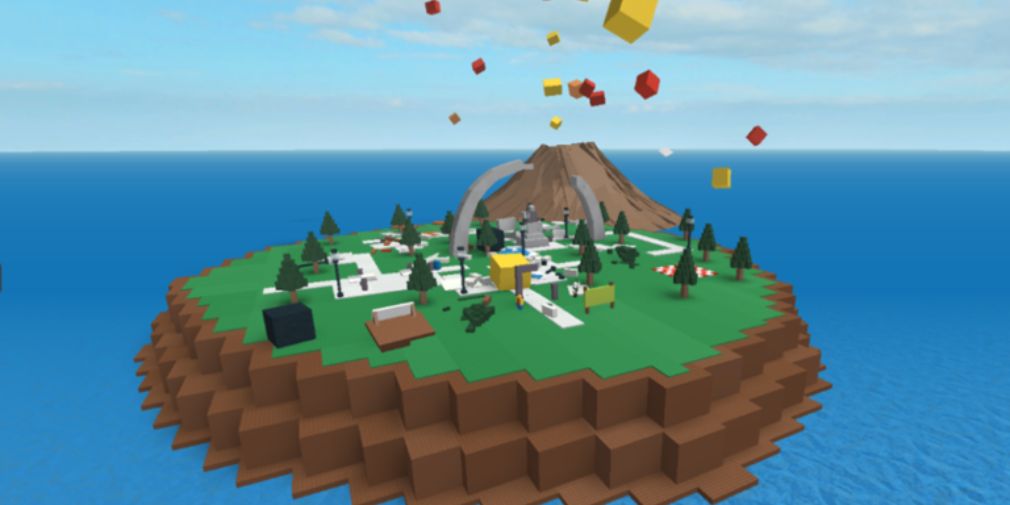 Natural Disaster Survival is similar to PlayerUnknown's Battlegrounds. Get ready to run into any available cover you can find. In this Roblox adventure game, you don't have to fight other players, but at the same time, you need to hide from various natural disasters that try their best to kill you.

In the first round, you have to climb to the top of a glass tower to survive a flash flood. In the next round, on the same map, you will climb it again but later will find out that during earthquakes you should stay away from high structures. 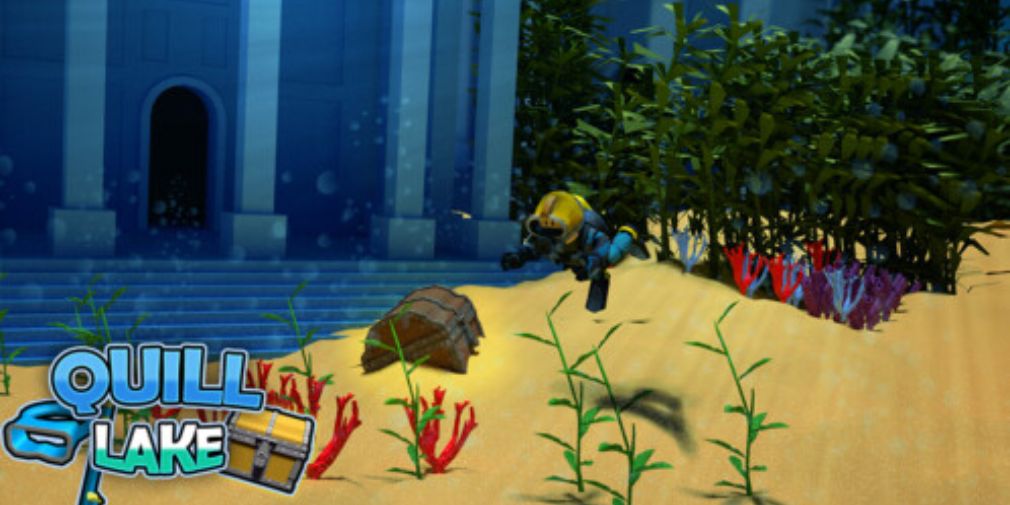 Scuba Diving at Quill Lake is a very calm, enjoyable, and relaxing game.

Diving into this picturesque lake feels like a pretty decent vacation with treasure hunts attached. However, you won't get everything immediately. A flashlight is needed to explore the dark caves, and deep-sea areas will require additional skills and better equipment.

Collecting and selling underwater artifacts allows you to improve your character and lead to further searches. And since this is a Roblox game, the MMO aspect of the platform gives you a great opportunity to mutually exchange support with other players.

Play Scuba Diving at Quill Lake for free on Roblox 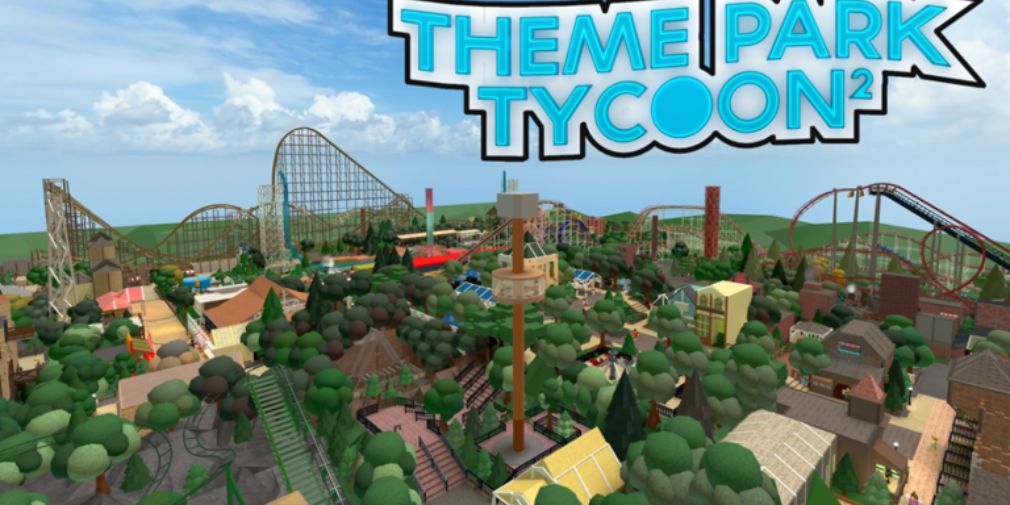 There are quite a few tycoon simulation and management games on Roblox, but Theme Park Tycoon 2 is one of the best. After a short tutorial, you will have control over a huge plot of land. Here you can create your own Disneyland. And the game is full of adventures as well!

The simple interface is accompanied by an extensive selection of choices, but there are not so many it makes your head spin. Obviously, the player's goal is to build an amusement park that will appeal to customers, since the owner's budget depends on how many visit.

The gameplay here is famous for its attention to detail. You need to make sure you have enough comfortable buildings to keep guests happy. If you forget about sanitary standards, be prepared for an invasion of garbage. After all, park management isn't all about fun and roller coasters.

Leaderboards, common to all Roblox games, encourage light competition. Constantly seeing the budget and visitor counters of other players makes you strive to improve your park. 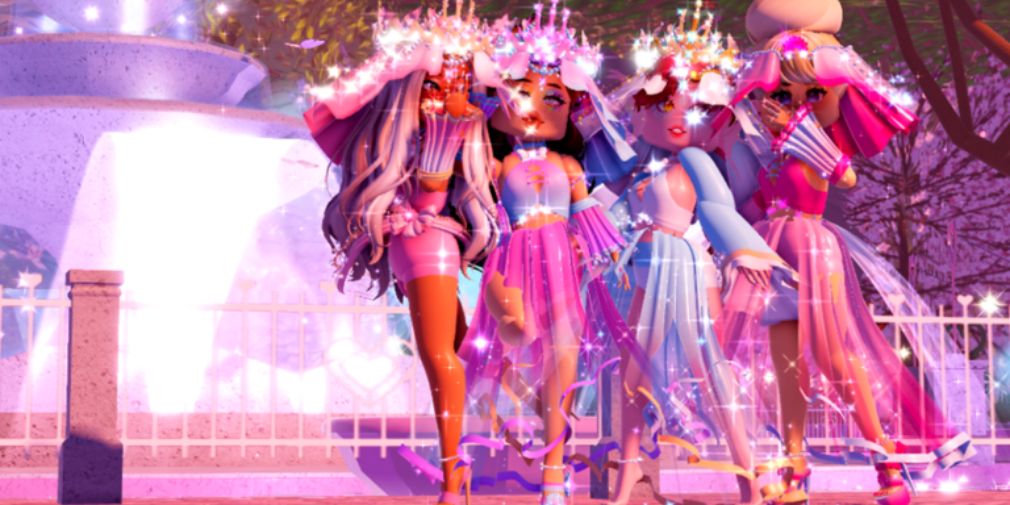 Royale High has a big fan base with over 5.4 billion visits since its release in 2017, clearly winning its spot on the list of best roblox adventure games. In it, you can explore the world, play fun games, discover secrets and earn currency to upgrade your character.

The game lets you level up by taking classes and is the first school that some students actually want to go to. You must balance your responsibilities and create a life for yourself in this fabulous adventure. 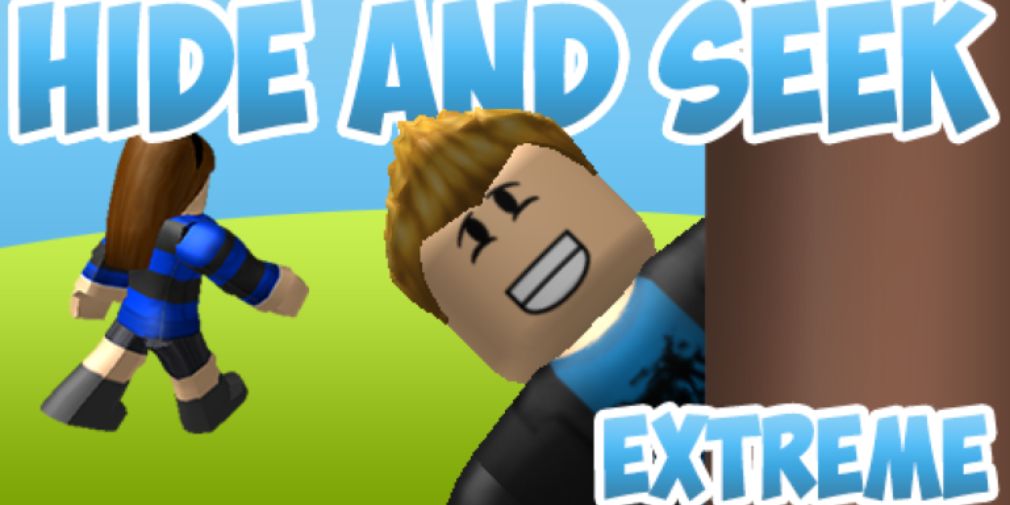 Hide and seek probably brings nostalgia from our childhood to most of us. Do you remember that spirit of adventure you were feeling when playing it? Now you can also try it in Roblox!

The idea is simple. One randomly selected player must look for the rest after they all hide somewhere in the well-crafted map. There are multiple copies of this game on Roblox, so pick the right one. It is created by Tim7775. It's a typical hide-and-seek game. The only peculiarity it has is that you're placed in different parts of the house while being made tiny.

So what does "Extreme" mean in this Roblox game? Each character has its own ability, making the classic game of hide and seek more interesting.

Play Hide and Seek Extreme for free on Roblox 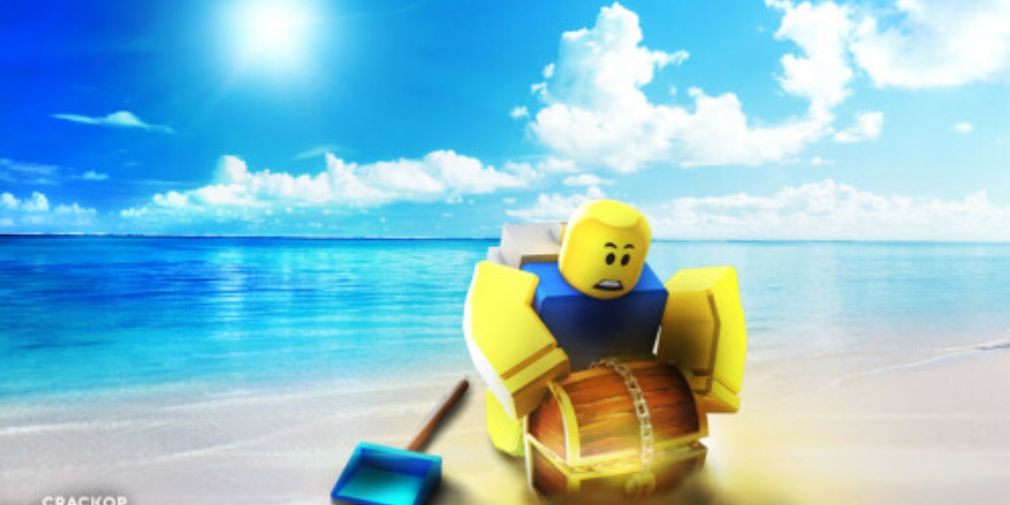 Digging will seem like an eternity, but it is a great way to spend some time. Also, it allows you to go into the unknown in search of the biggest prize that the pirates have ever seen.

Play Treasure Hunt Simulator for free on Robloxan use to buy pets and upgraded tools. 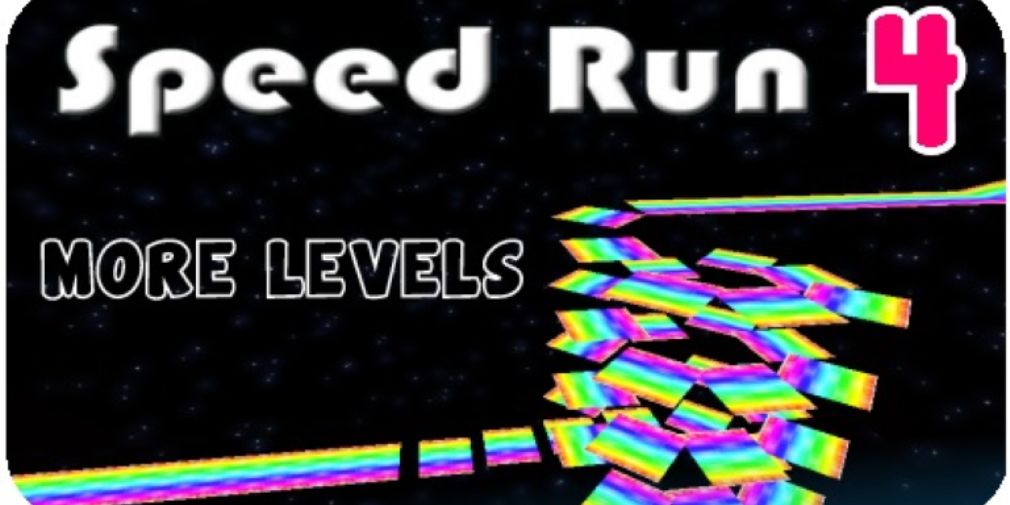 Speed Run 4 is a classic fast-paced platformer that's perfect for brightening up your lunch break. Right from the start, you go into sprint mode, and your goal is to run through each of the 31 levels as quickly as possible.

It's simple, but the local level design and soundtrack delight with its diversity. And like many games on Roblox, Speed Run 4 becomes much better if you play it with friends.

Work at a Pizza Place 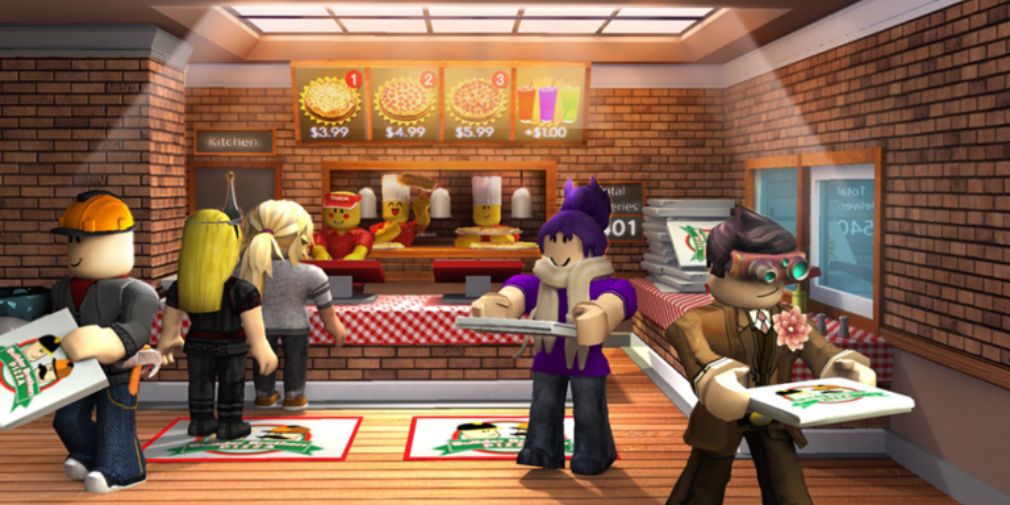 This game is perfect for fans of cooking games. Work at a Pizza Place invites you to join the Builder Brothers' Pizza team to fulfil your dream of being a cashier, chef, and pizza delivery man. And it really is an adventure!

The most fun thing in this game is to play as a rude cashier, chuckling at your visitors. Besides this, enjoy surprisingly smooth driving mechanics as you deliver customers' orders right to their door.

And now we come to another significant part of Work at a Pizza Place: free time. Just like in The Sims, after working in a pizzeria you can spend time furnishing your home. However, you can also head to the Party Island, where you can have a real party.

Play Work at a Pizza Place for free on Roblox 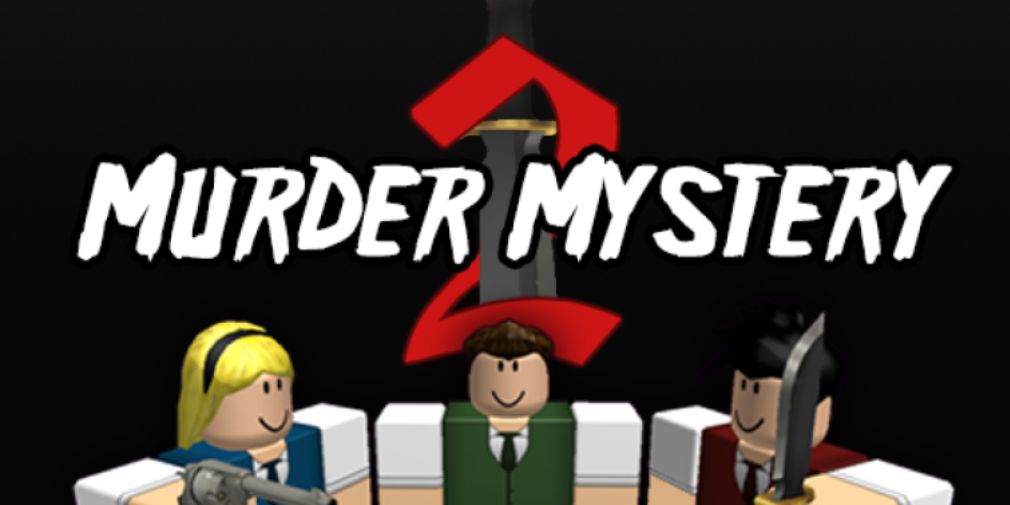 This Roblox game is an addictive battle arena with a detective twist. After players have chosen one of many original, detailed maps, they are assigned one of three roles: innocent, sheriff, or murderer.

The murderer and the sheriff are the only armed characters, but at the start of each round, their weapons are holstered and unnoticed by others. The sheriff is obliged to protect ordinary citizens from a killer, receiving bonus points for each saved person.

The game is simple yet well-balanced. The killer has a knife at his disposal, not a gun, which ultimately leads to the real fun. The rounds take a couple of minutes at most, which is another undeniable advantage of Murder Mystery 2.

Here we have some Murder Mystery 2 codes in case you want to try this game out. 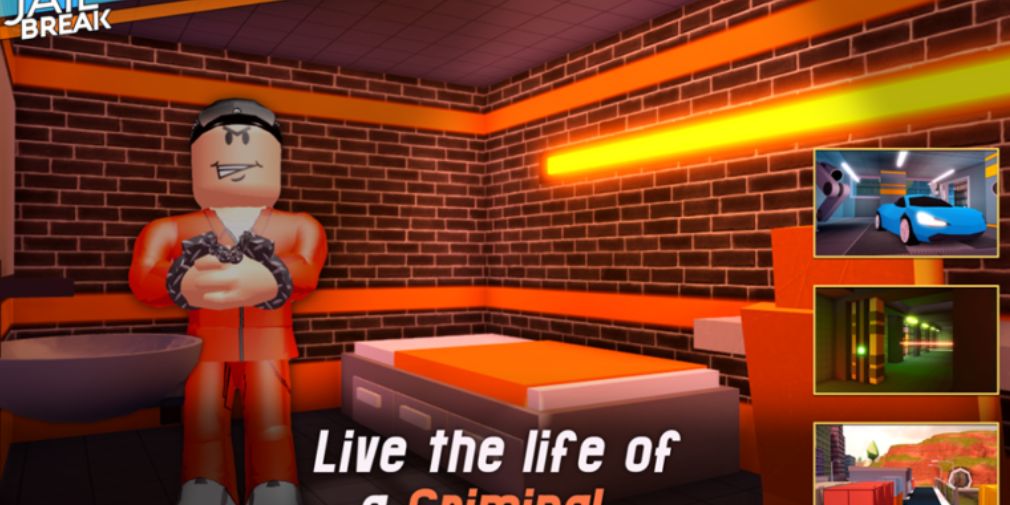 Jailbreak is GTA 5 RP in the world of Roblox. To begin with, you have to choose one of two roles: a policeman or a criminal. Choosing the latter, you have to try your best to get free. Otherwise, you will spend the rest of your days in prison.

To escape, you will need a key card, which is hidden in the pockets of cops. Moreover, the local theft mechanics are similar to those in Fallout and The Elder Scrolls V: Skyrim.

Playing as a policeman, you will receive a gun, a taser, and handcuffs to stop the prisoners' escape attempts. And if their escape is successful, the game will expand to the scale of an open world, where a massive game of hide and seek will begin. Even though Jailbreak is still in beta, it still brings a lot of fun and adventures!

Here we have a separate guide for Jailbreak codes.

Play Jailbreak for free on Roblox 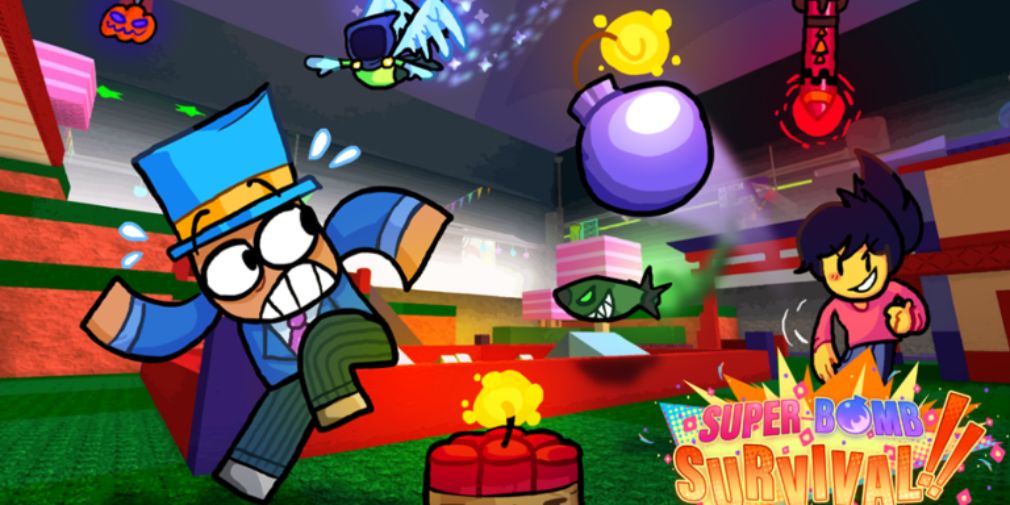 You can rarely see a game where the lobby is as much fun as the game itself. As with Natural Disaster Survival, if you want to survive Super Bomb Survival!!, you'll have to avoid various threats that drop straight from the sky.

These threats range from dynamite explosions to rapidly spreading fires. As the game progresses, the full potential is revealed: explosions cause tangible damage, expanding with each brief round. You will feel the real fun of the gameplay when trying to run and hide for your life!

However, the explosion of the bomb and death are not the end. After that, you will be teleported to the spectator lobby. From here, you can watch the survivors trying to resist the chaos that is happening in the arena. On top of that, the spectator area resembles a playground where there is always something to do.

Now you know the best Roblox adventure games. However, there are still thousands of custom worlds on the platform, so try to explore them as much as possible. Also, if you like having fun in Roblox, don't forget to check our list of the scariest Roblox games.
0/11
Next Up :
5 games like Wordle to play daily