Surviving The Horde in a Weird Place

We're here today with a couple of tips that will help you in  Call of Duty Mobile's Zombie Siege mode apocalypse, its new survival mode.

Call of Duty Mobile has become one of the more popular mobile games out there. It has been a big hit with fans of the iconic first-person shooter games and it still continues to get major substantial updates. This slew of regular updates gets players coming back for more.

One of the newest additions (for a limited time), is the return of a dedicated Zombies mode. Zombie modes have been hugely popular in the Call of Duty series since they debuted during the Black Ops era. There was actually originally a zombie mode, but was taken out to the dismay of the CoD Mobile gamers.

With this new mode, Undead Siege, you will team up with other players in a bizarre world that's infested with the walking dead. You need to prepare during the day, gathering up weapons and supplies, and once night falls, it's time to start shredding through your foes. Here are a few tips to keep in mind.

Try and Grab an Extra Gun 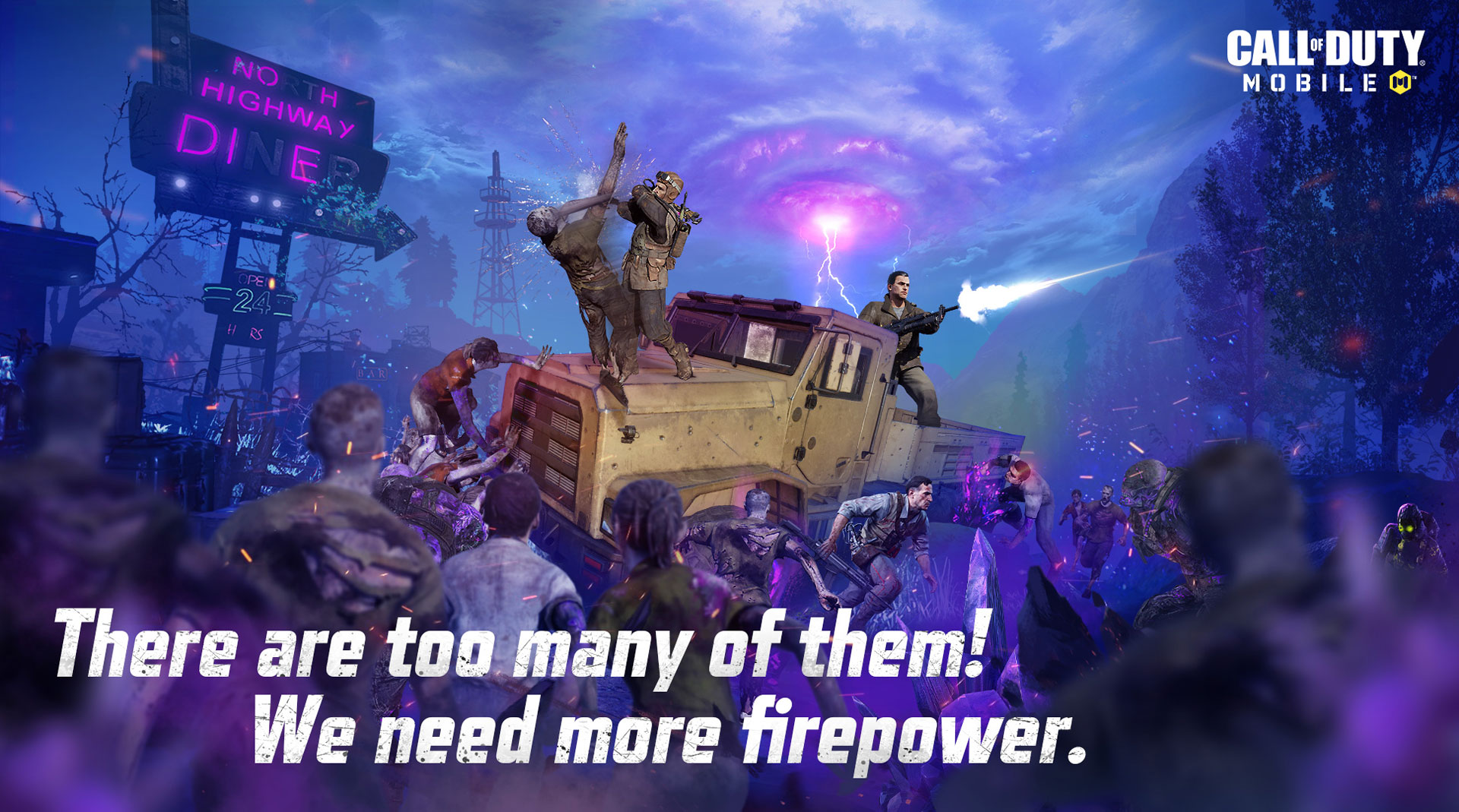 When running around during the day, prepping for the siege, it's a good idea to see if you can grab an another gun. Sometimes that can be a bit tricky with teammates scrambling for items as well and that's OK if you can snag another one, but if you can, do it.

This will give you some extra ammo and overall firepower to work with. So, once you run out of bullets with one gun, you can easily switch off to the other. Two guns and enough ammo should help you last the night of the undead foes.

The extra gun might come in clutch when you need it. Once you're out of ammo, you'll have to rely on beating down the monsters with your trusty wrench (also used to repair your base). Unfortunately, although this can be fun, it can also get you killed pretty quickly if you're too aggressive. So, when it's daylight, take advantage and try and search the lands for a couple of guns. Just be wary of some daytime zombies lurking around.

During your survival adventure in Call of Duty Mobile's Zombies, you will build up your share of currency throughout. One way to earn it is to simply play through and defeat zombies. When you do, you'll earn some cash and you can use it to pick make some quick purchases at a vending machine.

The vending machine sits comfortably at your base so you make some purchases there, even during the attacks. You can buy guns and ammo. There's light ammo for smaller guns and heavy ammo for the bigger artillery you find.

There are also some crystal-like rock formations found throughout the large map. You can hit these with your wrench during the daytime to collect some of these useful currencies that way. You won't get a ton of it, but every little bit can matter as you try and survive the night.

This is probably the true key to survival in Call of Duty Mobile's Zombies mode. Make sure to set up turrets at your base for the night. These will make things so much easier when fighting the hordes. There are a ton of zombies that will attack you and your base for the night and the turrets give you some extra comfort.

More than likely, your teammates will set up a few themselves. If you can add one yourself, then definitely do it, so that way, all corners are covered. You need to have enough materials in order to build one but don't worry, you'll likely find the supplies randomly when running around.

Also, keep an eye on each turret's health gauge. They should last the night, but if you start to see the guage drop a bit, whack them with the wrench to repair (yes, you just need to hit them, hilariously). Keep the turrets in tip-top shape while using your own weapons and you'll get through the three nights in no time.

For more guides, you can take a glance at the CoD Mobile controllers, CODM best guns, and of course, a lot of CoD Mobile redeem codes!

0/3
Next Up :
How to craft comparators in Minecraft and where to use them