This list is specially created for perfectionist and theory-crafting admins looking for a one-stop guide to deck out your Aether Gazer squad fully, or for love-struck admins wishing to bring out the best of their favourites, with so many maidens and blokes clad in exquisite futuristic suits to choose from.

To put an abrupt stop to the dilemma, we have put together an Aether Gazer tier list ranking each Modifier and measuring their overall performance for each part of the game irrespective of their base ranks. Here’s how it works - each modifier stands a chance to fully realise its potential through Transcendence to the famed Omega rank. In addition, the term Omega is also commonly applied for combo streak. It is denoted by the letters appearing at the upper left side of the corner that slowly builds up as your characters attack.

For the latest buzz in the industry, we have also constructed tier lists for NIKKE: Goddess of Victory, Girls Frontline Neural Cloud and Path to Nowhere tier list 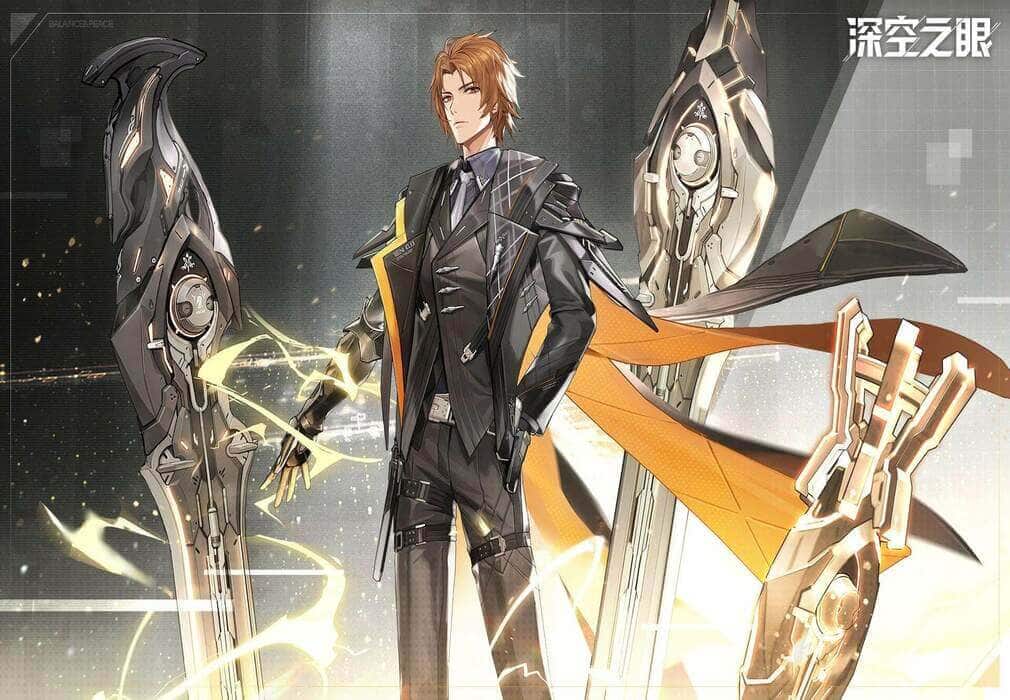 The real-deal elites, regardless of their shape and size, are the premier choice that every player should throw their resources at whenever an opportunity arises. They are also the best choices for newbies to grasp the grassroots of the game. As progression is timed by stamina, players are encouraged to spend their hard-earned resources on them first. Fret not as most in this category are obtainable from the starter’s pool.

We're starting off the Aether Gazer tier list with Tyr - he is a self-reliant powerhouse without needing to rely on signature Functors. He works exceptionally well even with a 4-star Functor or lower. His impressive stats provide him with enormous bulk, which can be left comfortably in the hands of AI while being able to dish out excellent damage to bosses and mobs. This is thanks to his skill that enhances his damage percentage by the thousands (while most characters have a ceiling of hundreds).

Ashura, the petite girl with the appetite of a glutton, is the top-tier fire-element damage dealer and her position looks set to remain unchallenged for aeons to come. Her most unique calling card lies in her second skill as she is the only modifier that can trigger a “Zero time” on demand. She is also capable of refreshing her skill cooldown with successful evades. The caveat is that she requires players to be hands-on. Sakura, the rabbit-crazed maniac, is a top-tier team player as she is blessed with a competitive skill set that brings a plethora of buffs to the table, including a party-wide heal, attack up, pierce, and battery. Just like Tyr, she is already stellar without a signature functor. Her main mechanic as a berserker-type character is rage-inducing - she collects and deals high damage with a pretty important attribute called Divine Grace. Of course, her standout aspect stems from her first skill that randomly grants buffs (purple, yellow and green that bolster self-attack, gain rage points and self-heal). Contrary to Rahu Asura, she is one of the best modifiers that have total compatibility with the AI. Artic Abyss is truly the cream of the crop of A rank modifiers - she is a support-oriented modifier who provides ample buffs to the team, and she is known (and remains) to be the top-tier battery who provides Cooldown to skills and ultimates for your fellow allies, coupled with some healing and minor power-ups. 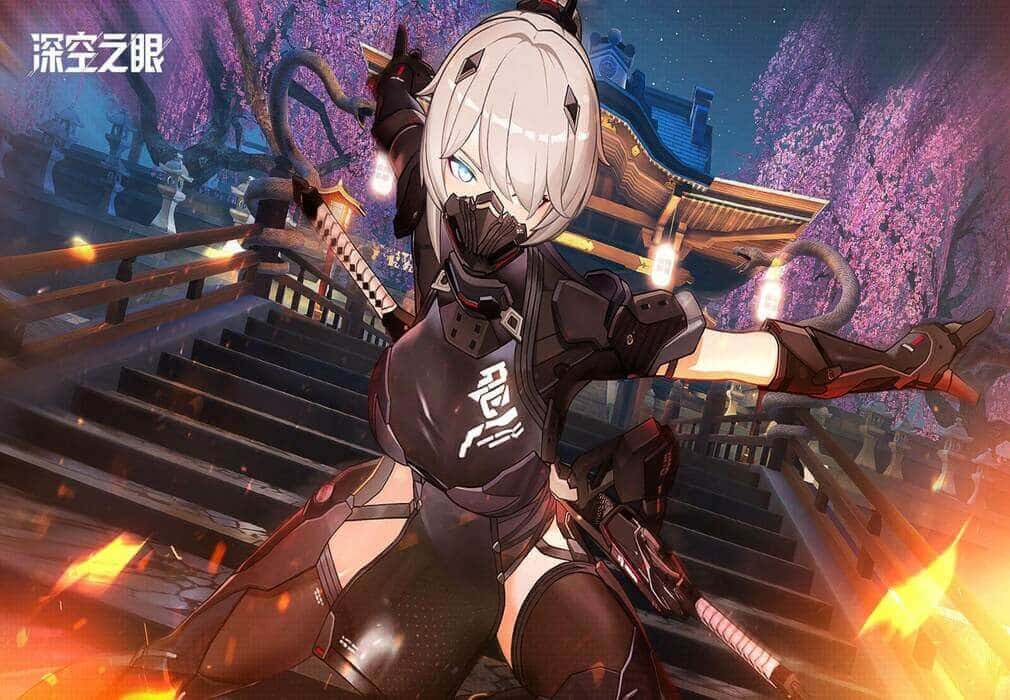 They are the second top brass - not the shiniest but their prowess is equivalent to the S tier. They are highly capable and robust in their own rights. Here is where the majority of A-grade modifiers resides.

Starting with the S roster, Jin-ei, the one with unrivaled bodysuit appeal, is distinguished by being the jack of all elements and master of none thanks to her skill kit. Each of her skills allows her to deal different kinds of elemental damage, making her a universal addition to the team that checks enemies’ elemental disadvantages and fits in any element-themed team like a glove.

Moving on to the A rank echelon, we have The Innocence - a modifier shrouded with a meek veneer. Thanks to her damage-oriented kit, she can nearly match everyone here. Additionally, it is easy to max transcend her. Her skills allow her to easily solo bosses and wipe the floor with mobs.

The second A rank modifier is Gusty Lance, the operator who debriefs admins on their missions. She dual-wields combat lances and easily racks up the damage by parrying while consistently dodging. On top of that, she easily draws out her strength without relying much on functors, much like Tyr.

Similarly, Frost Fang is an evasion-based modifier just like Gusty Lance. She can receive a good 50% boost to her ice elemental attacks for every successful evasion. She makes for a good boss killer as well as crowd control thanks to the incremental attack gain (up to 90% permanently during battle) granted by one of her skills.

Dark Mistletoe is certainly worthy of consideration as an entry-level AoE damage dealer whose damage output increases over time. Her kit is simple yet effective and gets the job done. With her high hit count, she has no trouble accumulating combo streaks to the highest level for a heightened party damage output. 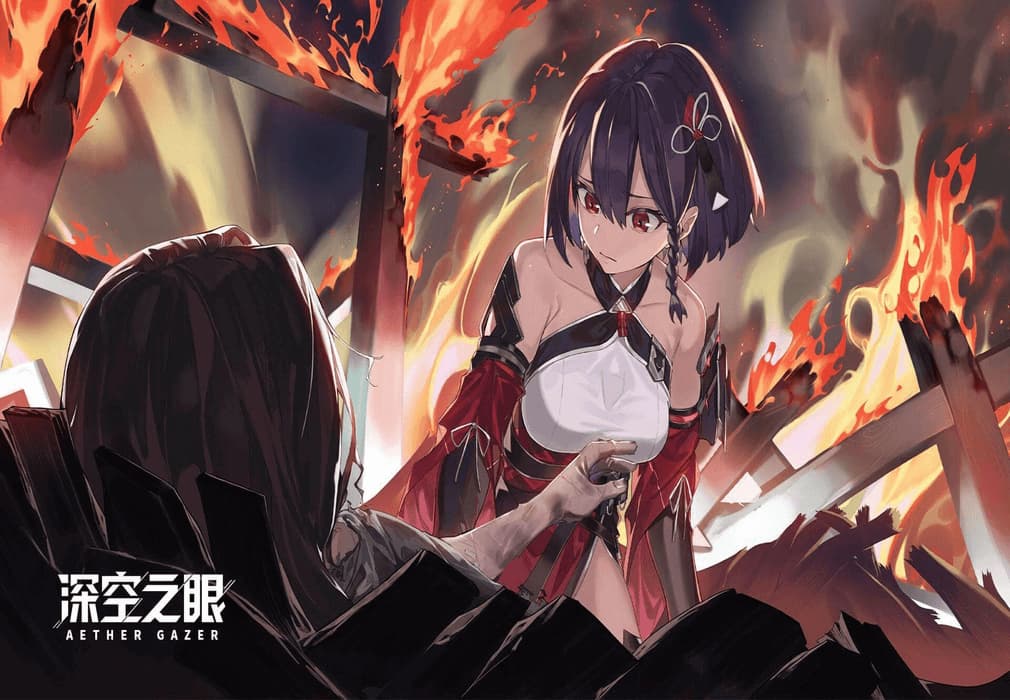 This echelon mostly constitutes A-grade modifiers who fell short compared to the upper ranks, either overshadowed in terms of virtue or their niche involving high stakes. With that said, they can be serviceable to tackle most in-game content with subpar efficiency provided they are given the proper nourishment.

While their abilities slightly pale in comparison to their peers in higher ranks, they are serviceable and can get through most content provided they have higher transcendence and better gear investment. This is especially great as the majority of characters here are A-rank modifiers and so their shards are relatively easier to farm.

Starting with the lone wolf in the bunch, Ryugiri is a base S rank modifier on paper as he is a sturdy tank impervious to hitstun. Due to his expertise in wielding first-handed blades, he is catered towards solo-ing enemy bosses. To achieve maximum efficiency, he requires a boatload of investment (access key functors, transcendence, and sigils) to be able to perform slightly below the strongest S rank modifiers. Above all, he requires the possession of very specific fire-type modifiers, as well as support within a team to fully drive out his potential.

Moving on to the second member of the icy pair, Drifting Flurry is a hybrid support tank modifier. Her standout aspect is her skill that can invalidate boss units with crowd control effects that hinder modifiers. She shines perfectly in a full-fledged ice team and pairs well with Vidar.

Shinku is a modifier focused on dealing continuous damage and building up a combo streak. While her blade-slashing animations are flashy and gratifying, she is unfortunately hampered by very low damage output owing to the low damage percentage on all her skills, forcing her to rely on resource investment, particularly Sigils, to function properly. Radiant Feather can ensnare a group of mobs in one spot and apply a debuff that cripples the enemies’ resistance to fire-type attacks. She is an ideal support character for any fire team but works exceptionally well with Ryugiri and Aigertlam. Sadly, that’s where her versatility ends. Nuadha stands out as a fire damage dealer with good AoE coverage, but his damage scales at how much damage consistently he takes. Though, as a countermeasure, he can recover a small portion of HP based on the damage he’s taken, branding him as a decent meat shield designated for fire teams. 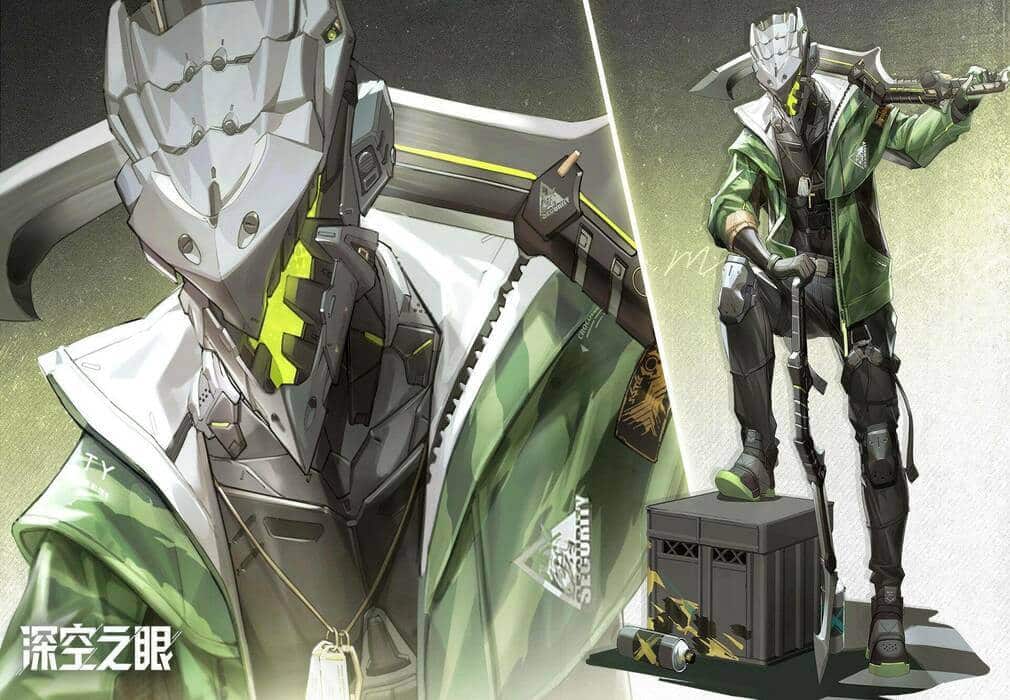 This is also known as the "Never-Used" tier, but players can still find utilities within these modifiers.

Just like many other gacha games, each newcomer is given a set of modifiers to unravel their tale. In Aether Gazer, the main “starter” will be Verthandi. Her original base variant is less than useful in the long run and should only be used if players find her outspoken and cheerful personality endearing. However, further on in the game, she is poised to receive a new suit that makes her much more veritable and feasible in the meta. Still, she can see some use in the early stages thanks to how easily you can stack her character shards for Transcendence.

Other candidates include the tag-along “starter” Surefire and the enigmatic Croc Rage. Surefire, sadly, is overshadowed in every way. Croc Rage, despite his ”hotheaded” banter, is mostly underwhelming with a suicide-happy skillset that takes effort to fully command his character. Some skills are unusable for boss characters, though he can dispose of humanoid enemies that can be fulfilled by other modifiers. The sole A rank modifier in this list is The Glare. While his speciality is being able to leap back a distance by repeatedly spamming his second skill, he is hindered by his confusing skill kit and severely low damage output.

0/4
Next Up :
Disney Mirrorverse tier list of best guardians that you can pick