The highly anticipated anime-style MMORPG Tower of Fantasy has finally revealed its official release date, and it’s not too far from now! Due out August 10th, this beautiful new adventure is finally prepared to open up its doors after recently hosting two beta test phases and revealing a ton of new trailers.

Tower of Fantasy, from all of the gameplay shown, looks not too far off from the likes of Genshin Impact or Honkai Impact in terms of gameplay, sporting a fully open world in that semi-realistic but definitely anime-inspired art style. Even the action looks to have taken a note out of HoYoVerse’s super popular RPG. being that it’s fully based around weapon types and rocks the same four-button control scheme that most mobile 3D action games have taken to using lately. This is not to say that Tower of Fantasy doesn’t offer up anything unique, however, as if you’ve stayed caught up, you’ll know that its weapon system is absurdly complex and very advanced, allowing for tons of player expression. 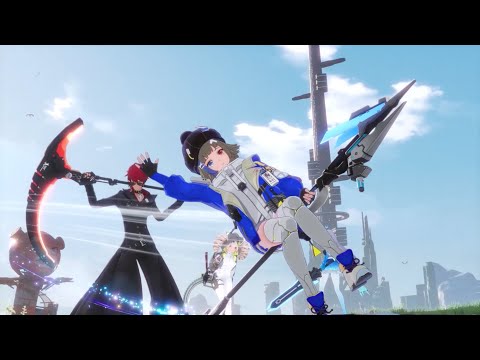 Story and setting-wise, Tower of Fantasy sees players take on the role of an explorer trying to unravel the mysteries of a post-apocalyptic sci-fi world. Beyond that, Hotta Studio, the developers, have kept story details pretty close to their chest so as to not spoil any of the mystery, so you’ll have to venture out into that wild unknown and crack all the codes yourself to determine what exactly caused this world to end and what the threat is all about now.

Featuring deep character creation tools, exhilarating action-packed combat, a huge open world, and cooperative multiplayer, Tower of Fantasy has been one that mobile gamers have had their eye on for quite some time now, and soon we’ll be able to see if all the hype was worth it. If you’d like to see more information, check out the official website, and in the meantime, you can pre-register on either platform by checking out the links below.

Looking for more massively multiplayer action in your pocket? Check out our Top 15 MMOs for Android!
Next Up :
Octopath Traveler: Champions of the Continent, the prequel to the Nintendo Switch title, is out on mobile now