Publisher Level Infinite and developer Hotta Studio have dropped some exciting news about Tower of Fantasy, the latest open-world RPG that's coming to iOS, Android and PC this year. The Closed Beta Test sign-ups for the game are now open for players in Germany, the UK, the United States, Canada and Japan, giving eager fans a chance to get first dibs on the new title.

Tower of Fantasy features a thrilling sci-fi adventure set in the planet of Aida, where players can embark on vast open-world exploration while encountering both friend and foe along the way. The narrative unfolds as you explore an alien world, where humans have attempted to capture the comet Mara to harvest the powerful energy called "Omnium" within it. Things didn't exactly go as planned, and a cataclysmic disaster devastated the world. It's in this post-apocalyptic climate that you'll begin your journey. 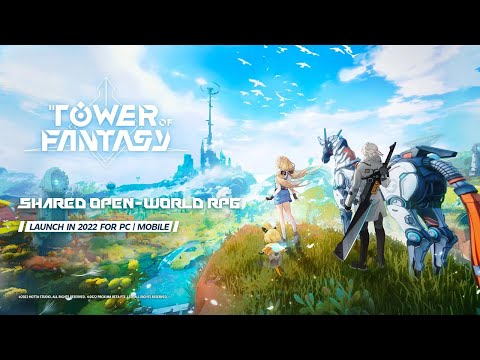 Closed Beta Test sign-ups are now currently ongoing until March 29th, as well as a lucky draw to participate in the CBT via the game's official Facebook and Twitter accounts. The CBT itself will begin in April, giving players the chance to experience the unique characters, interactive environment and fast-paced combat ahead of the launch.

If you're keen on knowing more about the game, you can join the community of followers on Facebook to stay updated on all the latest developments, or check out the official website for more info. In case you're not familiar with Tower of Fantasy, you can have a look at the trailer embedded above to get a feel of the gameplay in store for you as well.

Next Up :
Masketeers: Idle Has Fallen welcomes the cherry blossom season with new visages and costumes