Roblox is a unique game that has won over a million hearts across the globe. With fans of all ages, the game has been played at least once - but what draws people to the game? The answer is simple - it is a huge meta-universe that allows you to get together with your friends and make all your innermost dreams come true.

If you want to take care of a virtual pet, Adopt Me! is your choice. Want to feel alive in a virtual world? Then Brookhaven RP is perfect for you.

But over time, playing one game can get boring and you might want something new, but in a similar style and genre. And then the question arises - is there any chance to find something similar to Roblox? To answer this question, you should read this article, which we have prepared specially for you. In this guide, we will tell you about the best mobile games like Roblox.

This is a small list of games that are more or less similar in style, genre, and overall concept to Roblox. You can find more details about each one right after the list.
Click Here To View The List »

Block City Wars is a game like Grand Theft Auto in Minecraft style. This is an online shooter, in which you can both work for the mafia and take part in multiplayer battles against zombies.

The game has many various modes that you can play. If you want to play peacefully, there is a sandbox mode for you. You can also fight other players in PvP battles. For PvP battles, 10 unique maps are created separately, which you have to explore. For weapon maniacs, the game has a vast arsenal of the most diverse weapons - actually, there are more than 100 of them. Chat with other players and assemble your team to overcome enemies in all modes. 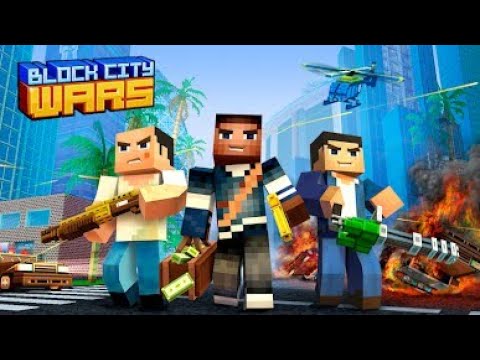 Brawl Stars is a multiplayer top-down shooter for mobile platforms from the creators of Clash of Clans and Clash Royale. You'll start in different arenas with two teams of three players competing against each other. The game features different character classes, including archer, healer, tank, and support. The main objective of the game is to collect as many crystals as possible at the location, and the team that collects the most jewels wins.

It is worth noting that Brawl Stars is constantly being updated and changed for the better. Now, several users can play at once in different locations, and it is possible to choose one of the characters. We have a tier list for Brawl Stars that will help you pick the best ones. You can play alone, but it's much cooler and more interesting to fight with enemies in a big team. There are several modes in the game: Knockout, Heist, Super City Rampage, and Hunters. Players of different skill levels can choose the mode that suits them best. 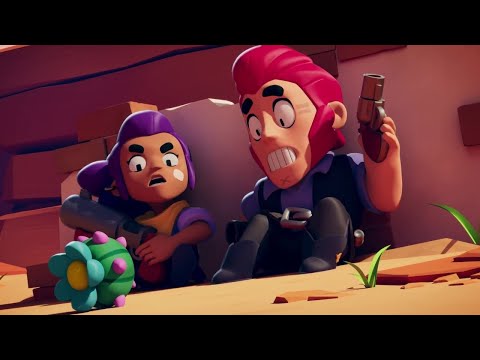 Cubic Castles is an action game with elements of adventure, plus a combination of massively multiplayer free-to-play indie games from Cosmic Cow LLC studio.

The gameplay in Cubic Castles is pretty straightforward if you have played top-down games before. The game differs from other top-down games thanks to its mechanics with RPG elements: the game has levels where you gain experience by mining blocks and completing quests. While getting new levels, you can choose one of 3 privileges.

In Castles.CC, you can shape the terrain and build your world. In this world, you can mine resources, make items, create farms, and much more. You can explore and mine different lands. Forests, deserts, mountain ranges, arctic landscapes, tropical islands - all are open for adventure with resources unique to every biome. Castles.CC is not just about building and exploring. There are plenty of activities to do here. You can freely drive cars for fun or race. You can also fight other players in PvP battles. 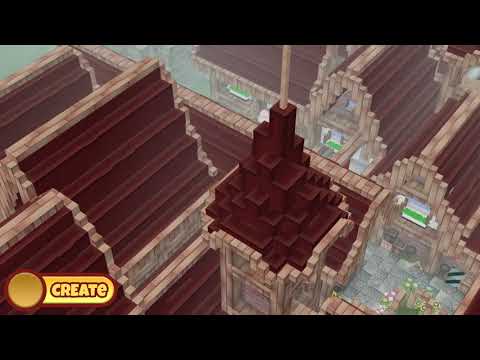 Fancade is a collection of arcade games with an isometric view in the following genres: platformer, tactics, action, racing, and puzzle. You'll play more than 50 games and 1,000 levels on a quest to collect stars and unlock worlds.

In Fancade, you can choose different types of puzzles to enjoy whatever seems interesting at the moment. There are puzzles where you help the protagonist retrieve a floppy disk located on top of a house (or ruins, or a strange structure). To do this, you have to turn the house around to find the right path to your goal. In another game, you solve logic puzzles that require you to simultaneously place two chickens at two control points in different parts of the map. You can also play hill climbing games, where you have to bring your car safely to a certain point on the map. 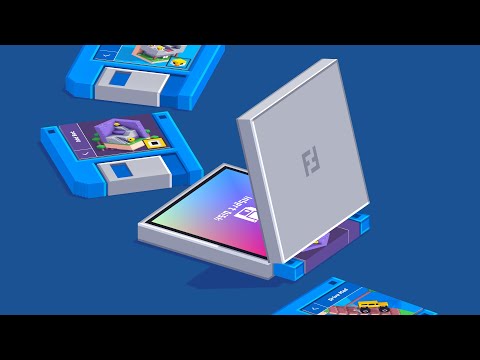 Growtopia is a multiplayer sandbox video game that can be played online with friends. Users can chat with each other, create cooperative games, build worlds, and trade daily for more fun.

You can build anything you want. You can create huge castles, modern buildings, dark dungeons, statues of yourself, or whatever you want.

The world of Growtopia contains many mini-games. Play all of them to find your favourite one that suits you. 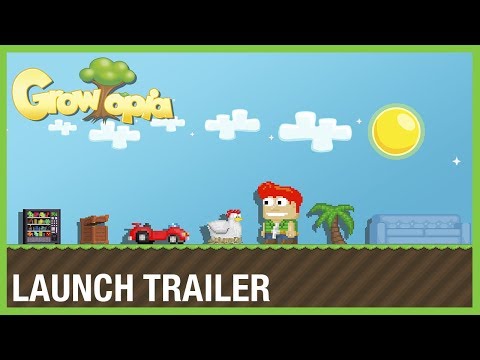 Available on: Android
Genre: Simulation
Find out more about KoGaMa

Kogama is a game that allows you to create and play different types of games and levels that you can share. You can also play with your friends. Players have the ability to create their own gameplay experience using logic and imagination. The ability to create games of different genres is the reason why this game is one of the favourites of the genre. 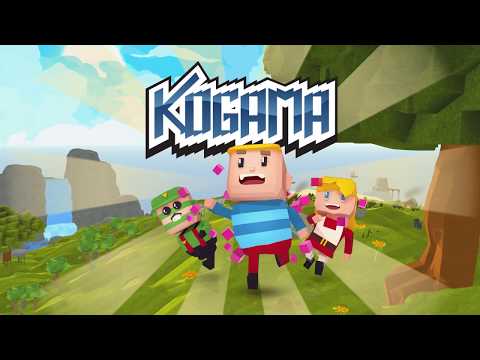 There is no such person who has not once heard of Minecraft. The iconic sandbox game created by Markus Persson became popular very quickly. The gameplay of Minecraft can be summed up in one sentence: the player travels through a virtually limitless 3D world made up of various blocks that he can destroy and create. The game also features a unique pixelated graphical style that is instantly memorable, although many may find it unappealing at first. Minecraft is not a project about graphics, but about creativity, imagination, and construction - and it is a game that is very easy to get used to, but takes hundreds of hours to master. 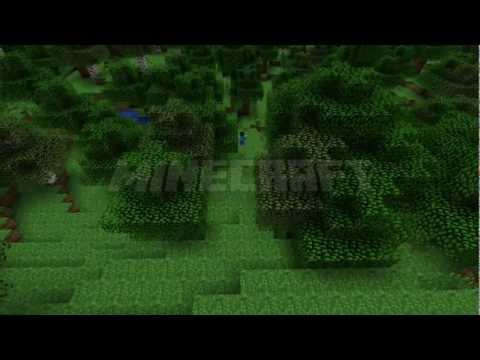 Available on: Android
Find out more about Minetest

Minetest is a sandbox game with co-op. When playing it, you will have the opportunity to build your own kingdom where you can invite your friends. Inspired by games such as Minecraft and Roblox, the creators of the game have made the maps in Minetest generable in set parameters.

In Minetest you have the opportunity to create anything you want. Do not forget about survival, as you need to survive to get more crafting gifts. You will reach your goal only with the right tools. 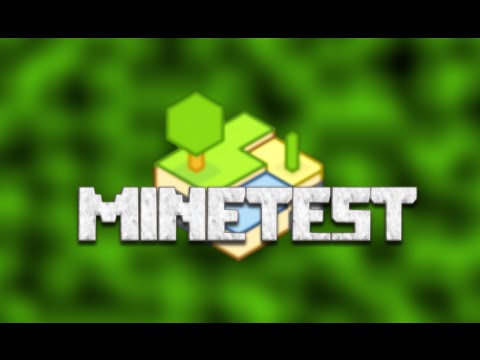 Survivalcraft is a survival and construction game for mobile devices. The size of a world here is 128 blocks high and around 69 billion blocks long/wide. The world is randomly generated as you open it so that literally around every corner you will be greeted by a unique unrepeatable landscape.

You have landed on the shores of an uninhabited world. Explore the world, gather resources, craft tools and weapons, hunt animals for food, and make traps. Build a shelter to survive the night. The possibilities in this sandbox are endless. 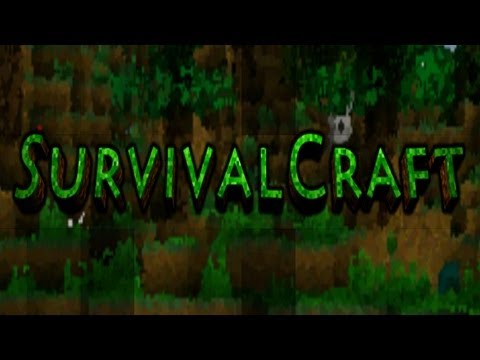 Terraria is a pixel sandbox game reminiscent of Minecraft and an adventure role-playing game. Players are free to explore a large, procedurally generated 2D world, mine resources, construct buildings, seek out powerful equipment, and battle a variety of enemies and threats. The game offers many different challenges, including ferocious bosses, "waves" of various themed foes, and more.

Terraria can be played alone as well as in co-op, which greatly increases the chances of success. However, everything depends entirely on the style of play of the particular player - someone may be interested in exploring the world and completing tasks, such as killing bosses, and someone will be more interested in building castles and fish catching. Terraria gives players a wealth of options, but like any true sandbox game, it's up to the player to choose what they want and need to have fun with. We also have an explanation on how to build the Terraria cell phone, as you're surely going to need it in case you start playing the game.

There you have it - our list of games similar to Roblox. Yes, some of them are not exactly alike, but that is the beauty of them. They are unique in their own way. And if you want to try something new, these games are definitely your choice.
0/10
Next Up :
Top 5 Roblox games like Pet Simulator X

How to trade in Roblox?