The madness in the multiverse is not only limited to the MCU but also extends to the mobile RPG Marvel Contest of Champions. We saw the addition of some of Doctor Strange’s allies like Spider-Man and America Chavez some time ago. Last week, we learned about Wong and Rintrah, right from Doctor Strange in the Multiverse of Madness’ frames. Now that all his buddies are here, it's time to introduce the Master of the Mystic Arts and ex-Sorcerer Supreme, Doctor Strange himself.

He may have given up on the title of the Earth’s main protector but he’s still probably the greatest wizard to live. And now, he has found his way to Marvel Contest of Champions as it too faces a multiversal threat that only Strange might be able to solve. A beastly figure that calls itself Symbiote Supreme, a chimaera between Doctor Strange and a symbiote threatens the Battlerealm. His insane strength forces Stephen to call upon his allies – America Chavez, Wong, and Spider-Man for help. 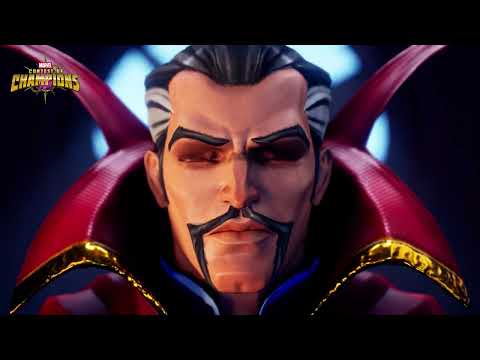 But, Symbiote Supreme has his own squad that is ready to take on anyone. It consists of Baron Mordo, Moon Knight, and Venom who are ready to wreak havoc. But can a multiversal event be complete without the wielder of Chaos magic? Of course not. As it is seen in the end of the event trailer, the infamous Scarlet Witch presents herself to both the teams and she does not look happy. Who knows what events are going to unfold as Doctor Strange takes on The Multiverse.

If that has you interested, what’s better is that Doctor Strange can be added to the squad for absolutely free until June 8th. Other heroes like Rintrah and Wong will be added to the game on May 12th and 26th respectively. Get ready for madness to ensue in Marvel Contest of Champions by downloading the game for free on the App Store and Google Play.

Also, check out the best superhero games to play on mobile!
Next Up :
League of Legends: Wild Rift Icons Global Championship will begin next month in Singapore