A Tale of Wands and Brooms

Harry Potter: Magic Awakened is one of those games that's like a jack of all trades (or perhaps a Harry of all trades?). Just like with the highly anticipated Hogwarts Legacy which is also created by Portkey Games, you'll be able to explore the magical world of Harry Potter.

With Magic Awakened, the iconic school of wizardry is yours to run free in. There are plenty of things to discover and different games to play as well. It's unique in that, it mixes open-world elements with card battler gameplay.

There's also an iconic mini-game you can play too that should be all too familiar for Harry Potter fans and should be fun for gamers who are new to the world (more on that later). Everything that you know and love from the books and films are all here.

There's no official release date yet but with the aforementioned Hogwarts Legacy releasing this year (barring another delay), Magic Awakened could possibly come out around that time. Also, a comment from the game's official Facebook page in May stated that they're working hard to "finalize" development, so we should see the game sooner rather than later. There have also already been well over one million pre-registrations and there are rewards for those who sign up. While you wait for the game's release, here's everything you need to know about Harry Potter: Magic Awakened.
Click Here To View The List »

Enter The World of Card Collecting 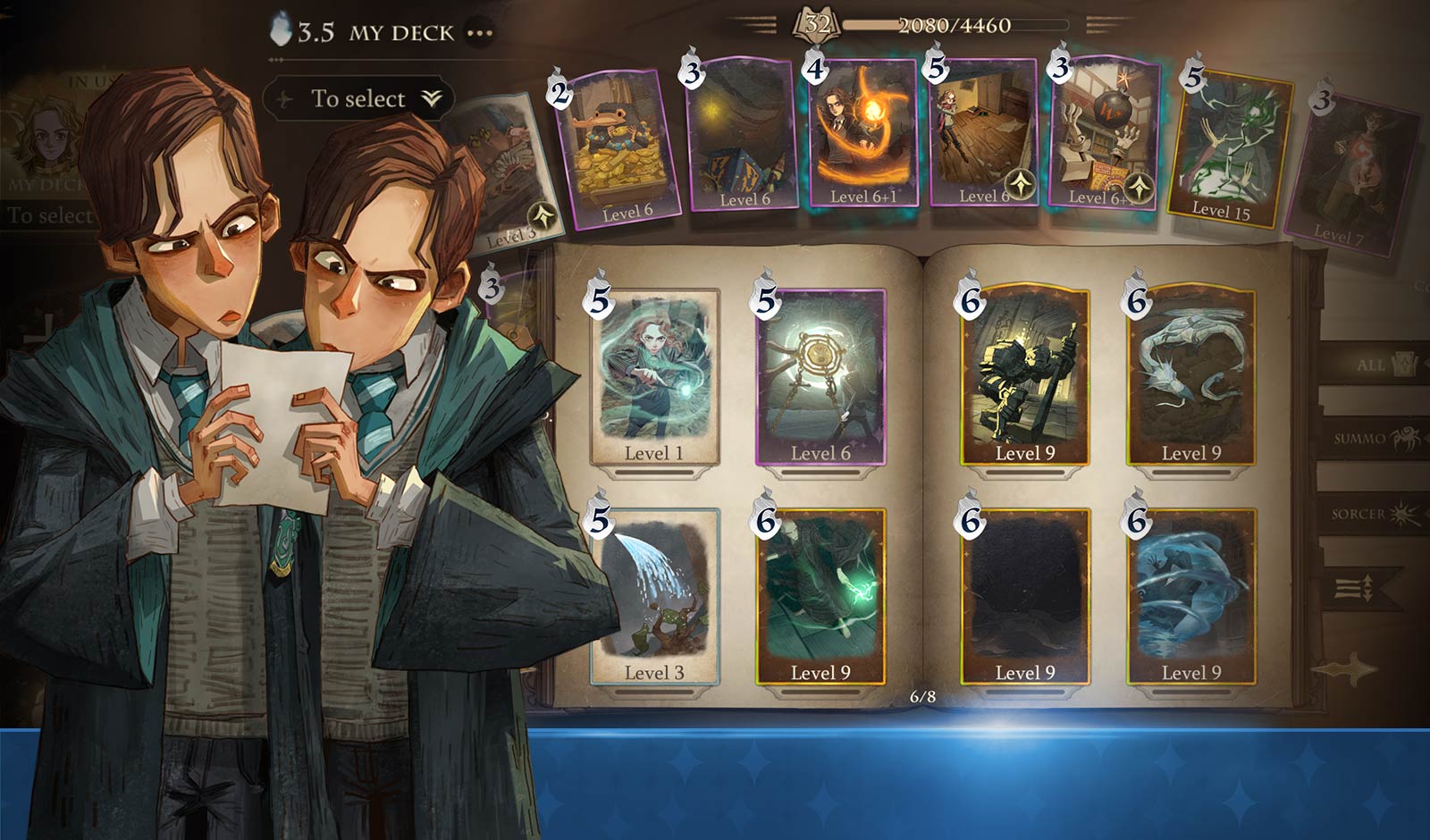 One thing that has become hugely popular in the world of video games is the ability to collect cards. These digital items usually improve the abilities of your characters or teams. It's always pretty fun to unlock packs, ripping them open and seeing what you get.

Well, in Harry Potter: Magic Awakened, you can get yourself some cards to use. These are spell cards that can be unleashed during your duels with other wizards and witches. There are over 80 cards that you can add to your collection.

Probably the best thing is that you can upgrade these cards over time. So, therefore, you'll be able to dish out some extra damage on your opponents as you level up. Experiment with which spells you like best and feel free to give those a little boost. 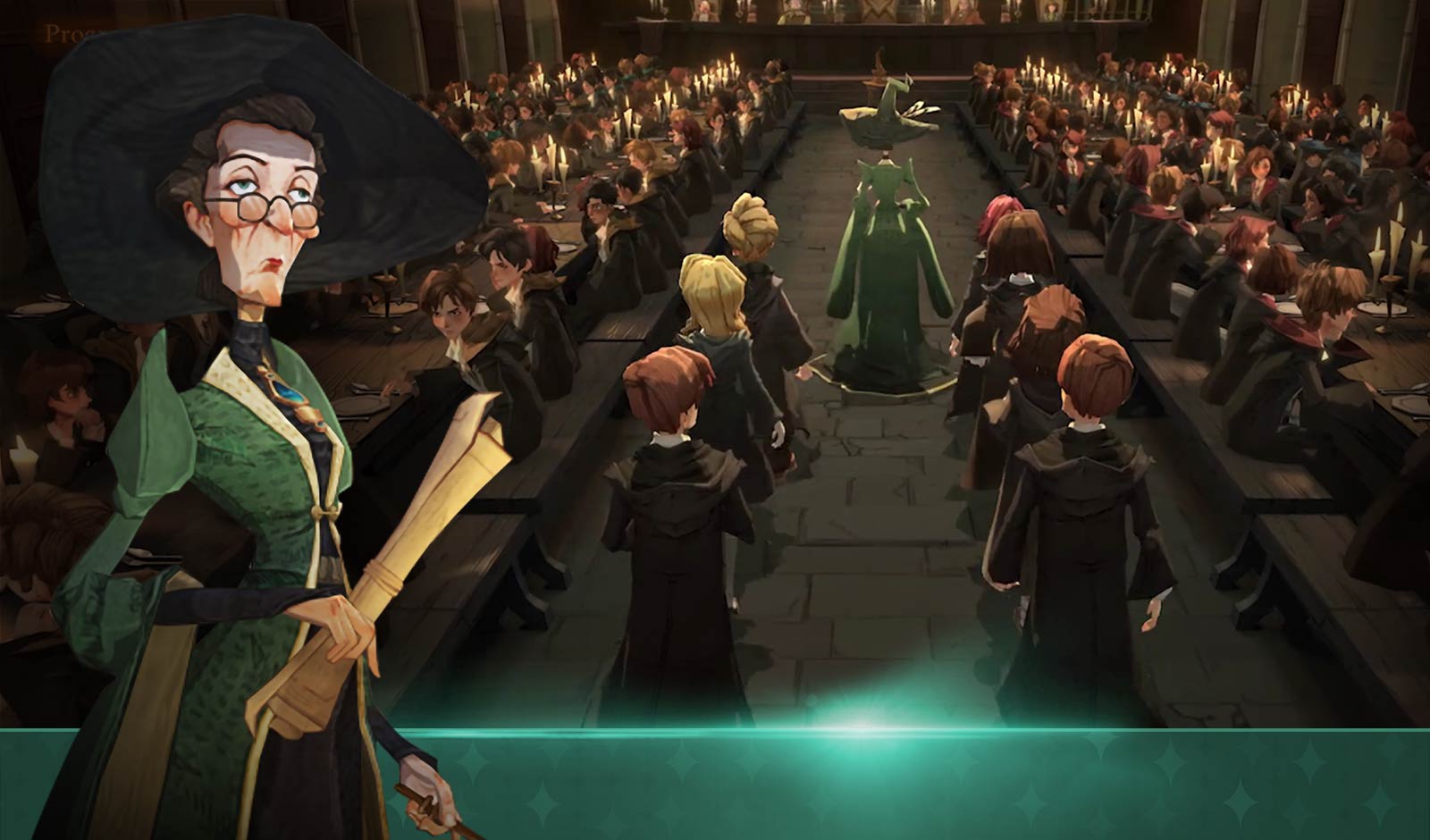 Another thing that has been popular for a long time now is the ability to explore open worlds in video games, no matter what genre it is. And with Hogwarts being the massive size that it is, it only makes sense that you can freely run around the school in Harry Potter: Magic Awakened.

You can check out the different rooms that are on offer and make some discoveries along the way. You can take classes and perfect your craft with the wand. You'll be able to take the classes at any time so if you feel a little rusty, you can always hit the classroom.

One of the neat things is that you can not only walk around the inside of the school, but you can explore the outside of Hogwarts as well. And on top of that, yes, you can fly over the school with your broom. Enjoy the vistas on the way up.

The Battle of Wizards and Witches 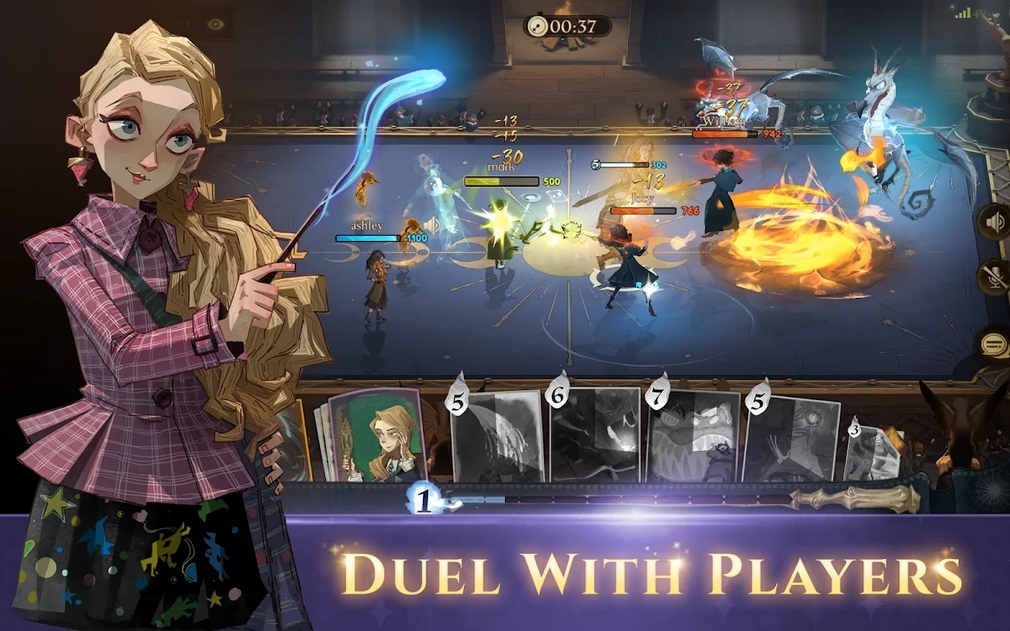 We mentioned it a little bit earlier, but you'll have the ability to duel other players in Harry Potter: Magic Awakened. You can do an old-fashioned one-on-one duel or you can bring a friend along and go for duo battles throughout your adventures.

You can use your cards and put them to the test here. Use your spells to your advantage and if you're in a duo, you can both unleash your best spells. What's interesting too is that, not only will you need to rely on your cards, but even your positioning might matter.

If your wizard or witch is in a certain spot, you can actually use this to your strategic advantage. So this is something to take note of before the game releases. 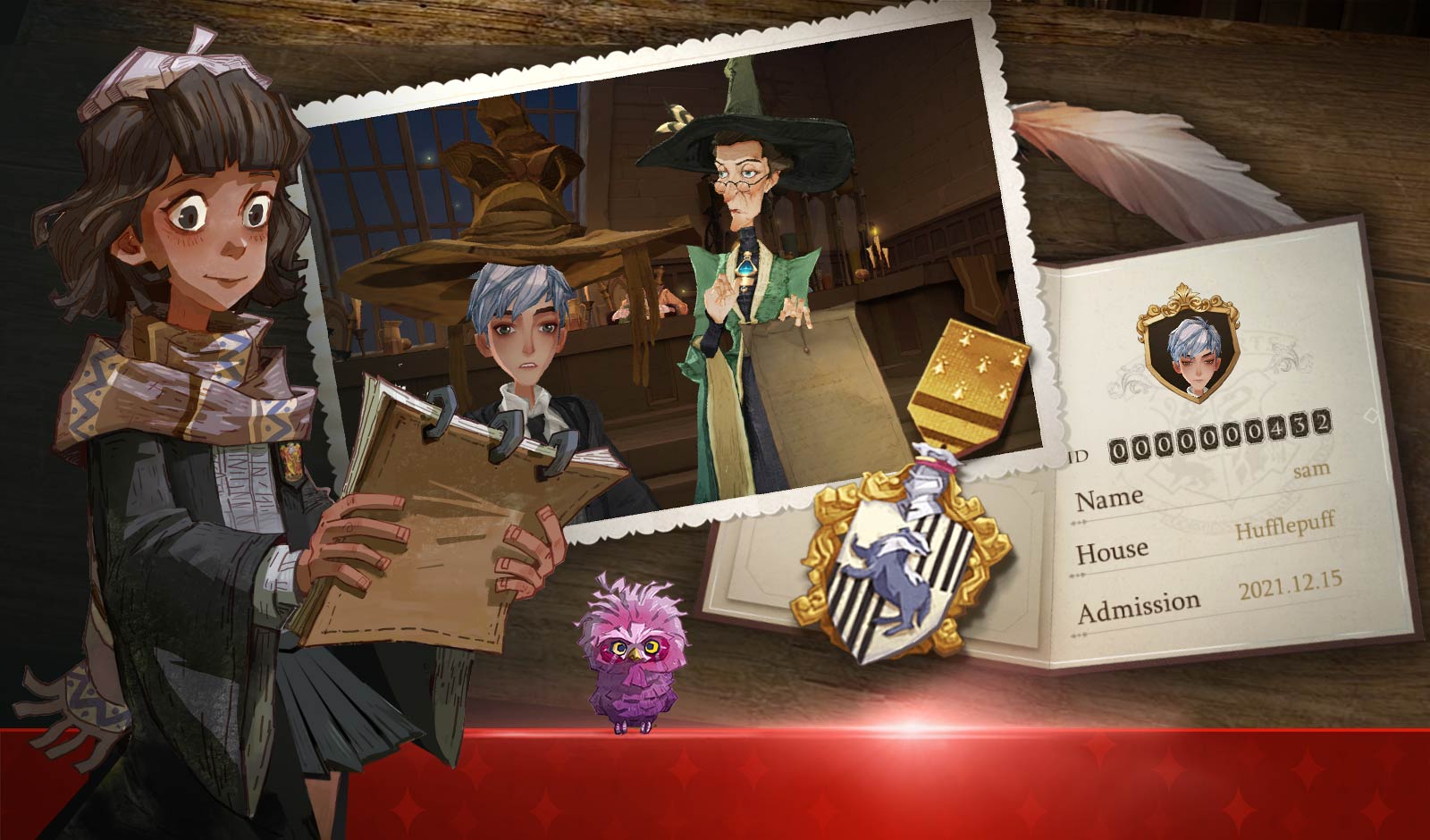 Another thing that we eluded to is the ability to choose your House in Harry Potter: Magic Awakened. If you're not too familiar with the world of Harry Potter, then there are four groups of students at Hogwarts and these are the "Houses".

Gryffindor, Slytherin, Ravenclaw, and Hufflepuff make up these groups. Harry and his friends Ron and Hermione represent Gryffindor in the books and films. Before beginning your magical adventures, you will take part in the Sorting Hat Ceremony where it will be decided which House you will represent.

Once you're assigned, you can then meet up with other members of your House and chill out or go and explore. You can then go and rep your colours and try to help your group win the House Cup, which is awarded to the House that performs best academically and during activities. 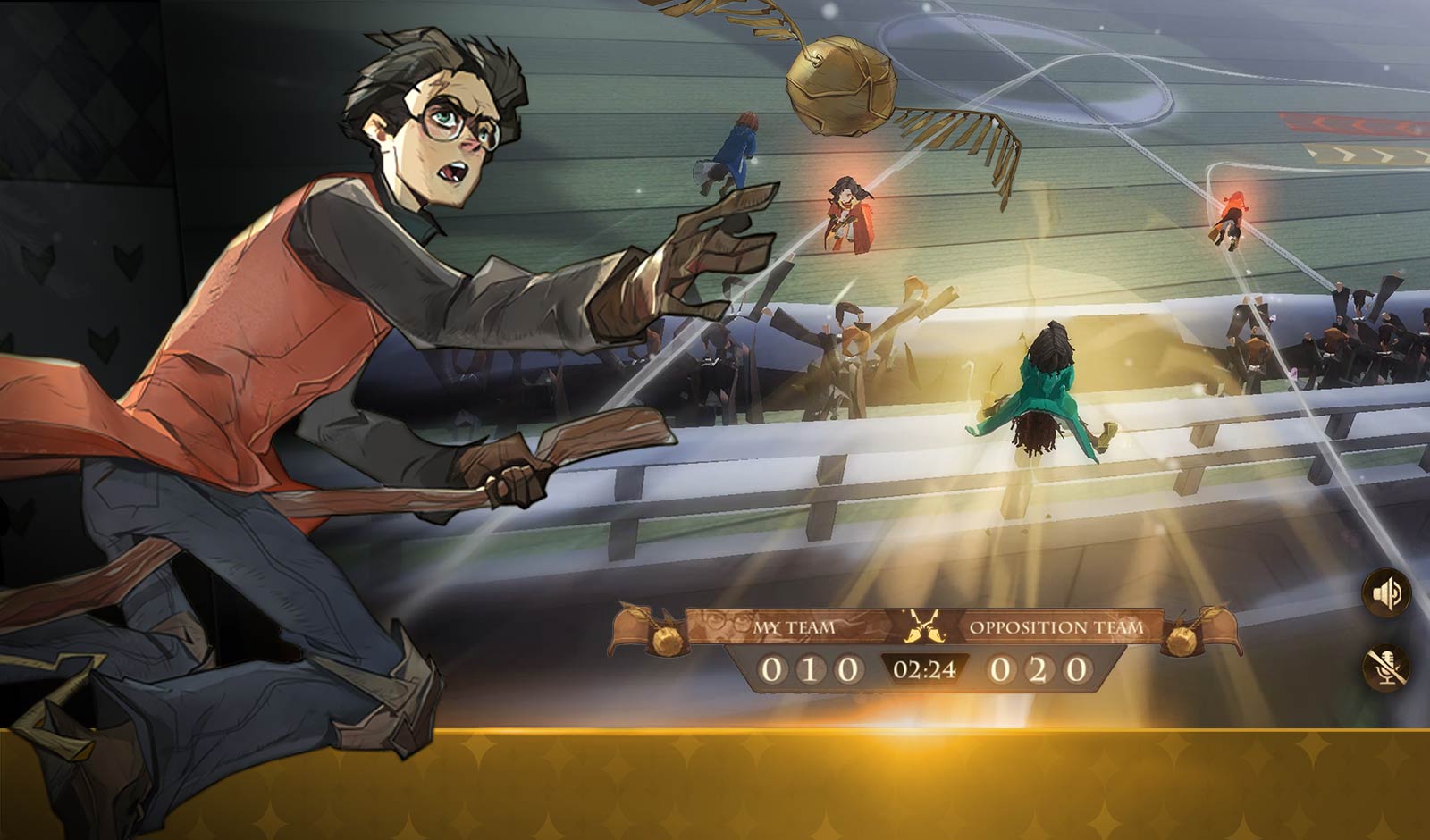 The sport known as Quidditch is highly iconic in the world of Harry Potter and it's going to be in Harry Potter: Magic Awakened. Two teams of seven duke it out on a large, round pitch. the goal is to throw balls (called Quaffles) through the opponents' hoops while flying on brooms. Each goal is awarded 10 points and whichever team scores 150 wins the match.

However, each team has a "Seeker" and it's this player's job to try and catch a small, winged ball called a Golden Snitch. If the Seeker grabs it, then the team is awarded 150 points and the game ends automatically. This is the role Potter played during his many Quidditch matches.

Bare in mind that it won't be just your team and the opponents on the pitch. You'll need to watch out for heavy, flying balls known as Bludgers and they live up to the name. These balls will continuously fly around the pitch and will try to knock you off your broom whether by hitting you or breaking your broom. So, all in all, there's a lot going on in Quidditch and it should be a fun feature in the game.

Cook Up Some Potions 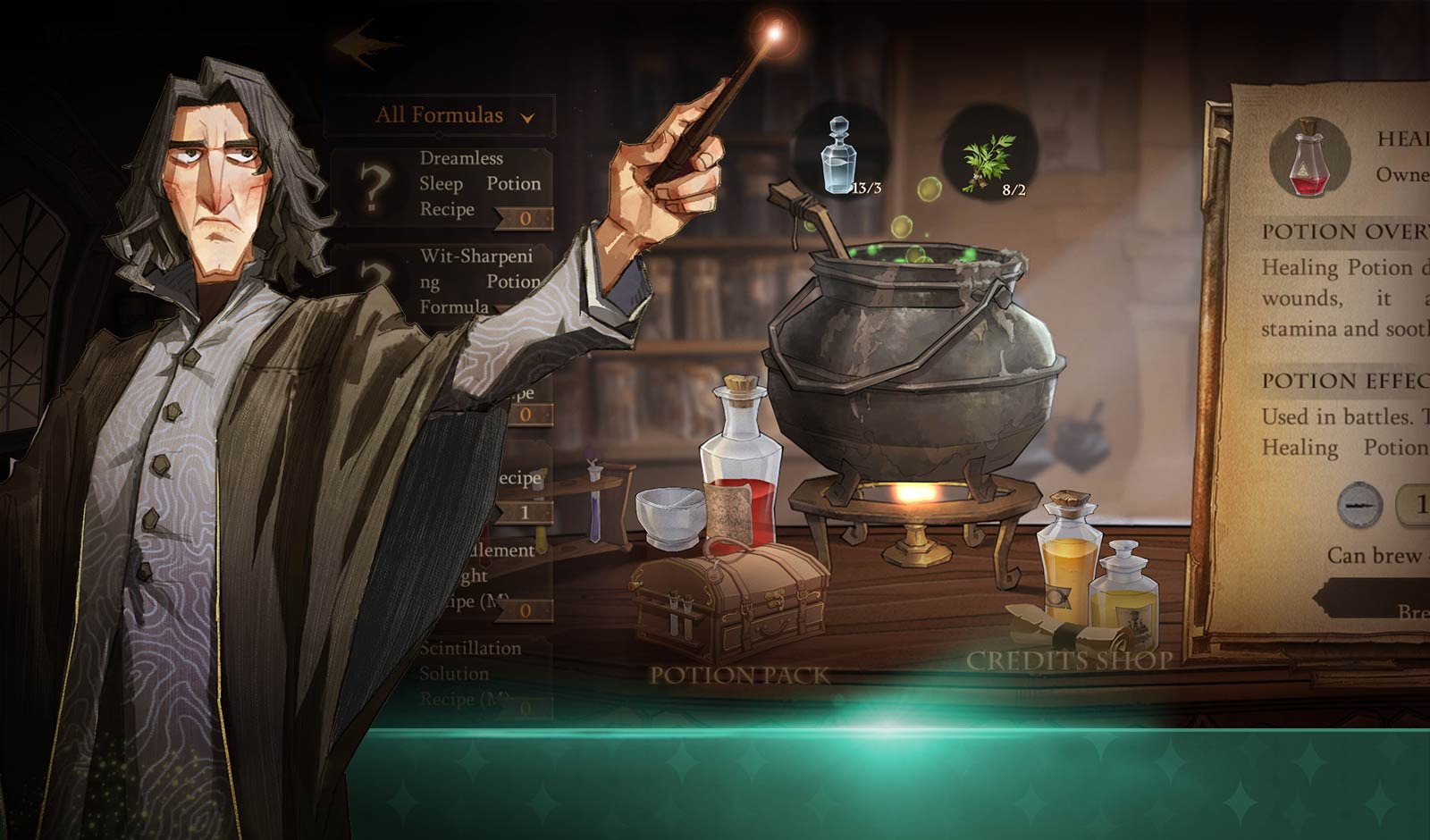 What's a good adventure based on magic without some kind of potions, right? Well, you'll be able to brew some up in Harry Potter: Magic Awakened. These can provide health for your wizard/witch and other great benefits throughout your time playing.

You'll have the chance to go and explore the Forbidden Forest to go and gather the ingredients you need to form your potions. You'll fight some foes along the way, making the journey more rewarding. Once you have them, you'll have your potions by your side to use at any time.

Some of the other effects of potions include sharpening your wits and heightening your senses. Grab those ingredients and then see what you can muster up. You just never know what kind of potion you'll brew.

If you are interested in more of the upcoming mobile games, we wrote more about the Aether Gazer release date, Poppy Playtime Chapter 2 release date and a lot of others that we can't wait to try out!

0/6
Next Up :
Interview: The Clash of Clans team discuss ten years at the top of mobile gaming