Brawl Stars announces winner of the Supercell MAKE campaign and awards $2,500 to the victor

The popular 3v3 and battle royale game Brawl Stars recently launched its latest Supercell MAKE campaign, letting players unleash their creativity and craft their own skin to be featured in the game. Among more than 3,000 submissions from eager Brawl Stars fans, the design "DJ 3.M.Z." bagged the prize as the winner.

In the Brawl Stars Supercell MAKE campaign, winner @Bouncyduck will have the honour of seeing the skin added to the game this year. The lucky winner will not only receive ultimate bragging rights but also $2,500, plus 10 free skins that can be freely given away to online buddies. "DJ 3.M.Z." was hailed as the Best Pop-Star Skin for Brawler Emz, and it does seem like a fitting look for the "Edgy Teenage Zombie".

In case you're not familiar with the fast-paced game, Brawl Stars lets players duke it out in an adrenaline-pumping multiplayer team shooter. Modes include real-time 3v3 battles, winner-take-all matches and epic showdowns. 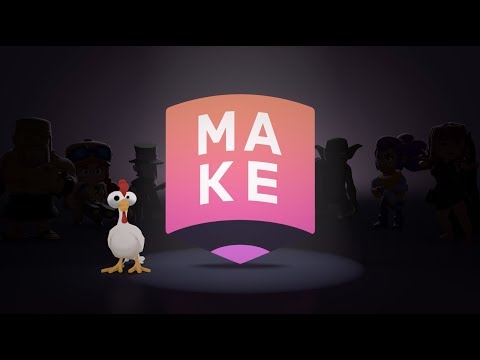 If you're eager to join in on all the fun, or if you're curious to see the community-made content in the game, Brawl Stars is available to download on the iOS App Store and on the Google Play Store for Android devices. It's a free-to-play game with in-app purchases. You can also join the community of followers over on the official Facebook page to stay updated on all the latest developments, or visit the official website for more info on the title. You can take a little sneak peek at the embedded clip above as well to get a feel of the Supercell MAKE campaign.

Are you on the hunt for more similar titles that will put your skills to the test on your mobile device? Why not take a gander at our list of the best iOS action games for iPhone and iPad?