Rust has that unique survival moment that wouldn't be the same without players. Although it is hard to replicate it, here are the best mobile games like Rust.

Mobile survival games are interesting in that they walk the line between casual and intense. In most of them, whether you're playing alone or with friends, the goal is simply to see how long you can last. In Rust, new players can be picked off within seconds in a dog-eat-dog experience. You start out with absolutely nothing and must make use of whatever you're able to pick up to advance further. It is definitely one of the harsher survival experiences out there with every person you meet being a potential threat. Still, if you're looking to survive, you may need to let the beast loose once in a while.

Rust is pure in terms of survival and crafting gameplay. You need to build yourself from the ground up by finding materials that can be turned into tools. From there, you can start to make yourself some clothes, weapons to defend yourself, and even a shelter to provide a sense of safety at night. With perseverance and toughness, you can eventually reach a point where you can make complex gear such as body armor and firearms. However, if you're looking for a break from the brutality of Rust, there are some mobile titles that provide an alternative survival experience.
Click Here To View The List » 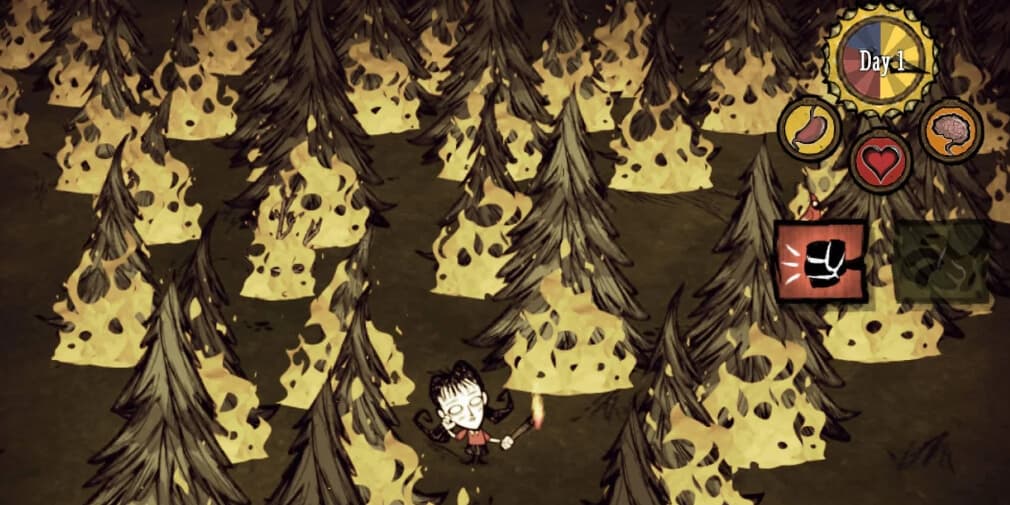 It's never clear what you can expect to encounter in a survival game, especially one that hides its biggest threats in the darkness. This is a scary aspect of the Don't Starve series, which has gone mobile with Don't Starve: Pocket Edition. With a hand-drawn and rig-animated art style, everything in the game feels uneasy which adds to the danger of the situation. You're stranded in an unknown land with nothing but whatever materials you can find to eat and craft. Come nightfall, you'd better stay in the light or else be eaten by the dark. 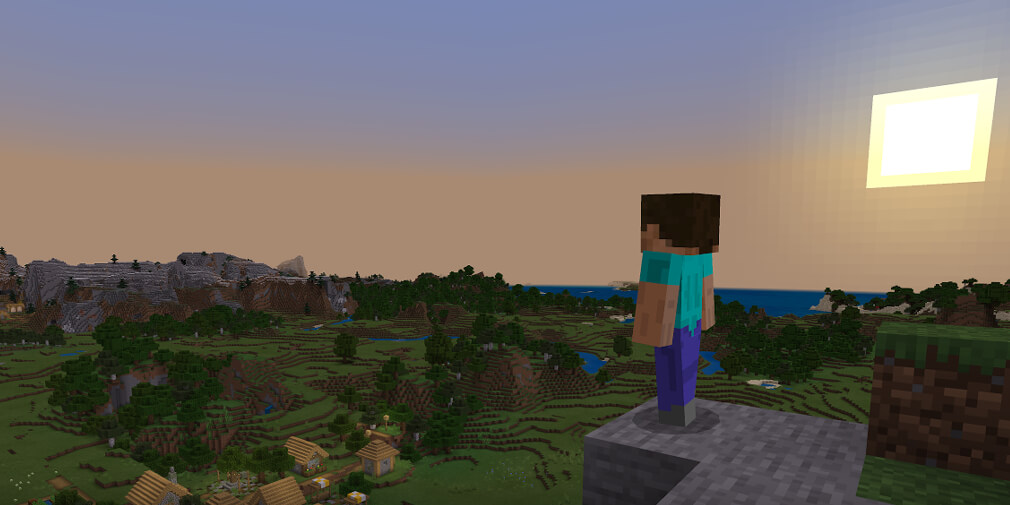 There's no telling what's going to be the next big hit and Minecraft surprised many people. Since its release almost 10 years ago, it has continued to expand and become even more accessible, especially on mobile. Now you can experience the original mining and crafting sensation in the palm of your hand. Although the game starts off slow to ease you into the world, you'll quickly learn that there are multiple ways to die instantly. If you're not taking cover from exploding shrubs, then you may as well run into hordes of zombies. The goal is whatever you want it to be, assuming you can last that long.

We have created a lot of articles about Minecraft including the best Minecraft mods for Bedrock edition, and you should take a look at all of these fancy Minecraft house design ideas. I mean, creating a nice home is half of the fun, right? Well, for us it is! 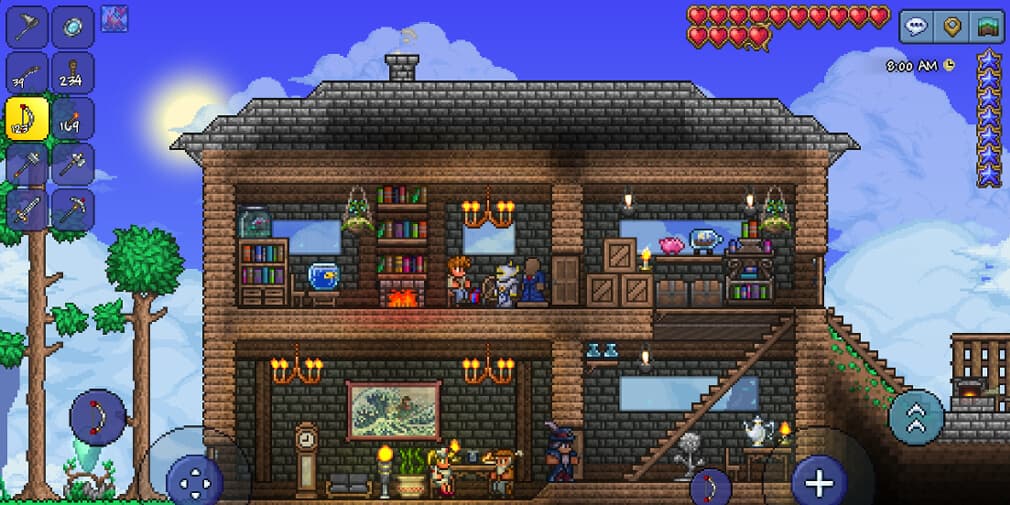 Minecraft inspired a lot of other crafting and mining games, but the key challenge was just trying to survive. This is felt in one of the more successful titles following the formula, Terraria. Instead of a 3D block world, you're a lone adventurer in a 2D pixel world. Starting with very basic tools, you can determine how you want to build yourself up. You can stay on the surface gathering wood to build a home or start digging straight down to find stronger materials, rare treasures, and fight tough monsters. It challenges you to survive long enough so you can take on the big bosses of the realm. Or, you know, learn how to build the Terraria cell phone at least. 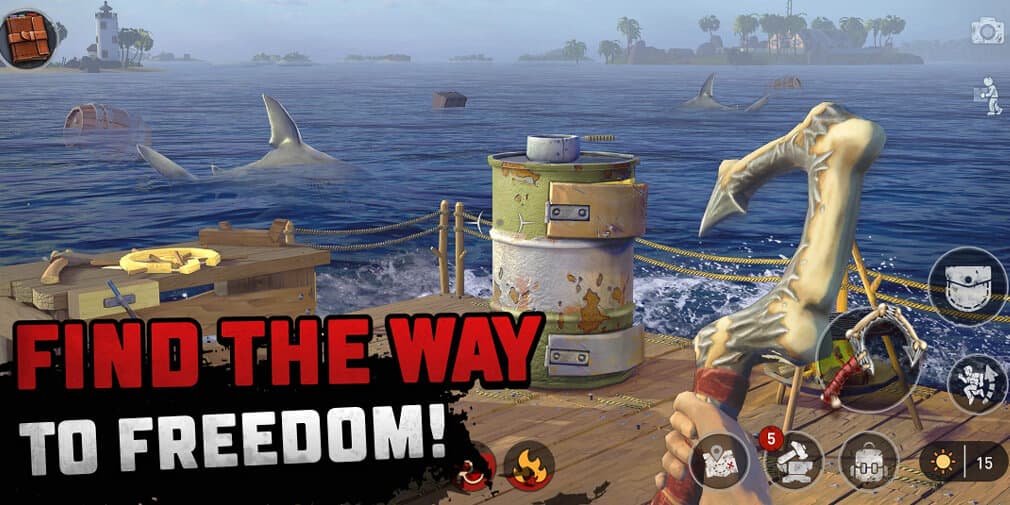 In addition to being stranded in the woods or the wilderness, a popular destination to set survival games is on water. The Raft was a breakout title in this regard but it has yet to go mobile, which is why Raft Survival - Ocean Nomad is here to fill the role. Starting off on the island, your goal is to keep going and maybe find a way back to civilization. The only way you can do that is by building a raft and setting sail on the open water. Craft, swim, dive, fish, and more all in the name of survival and hope to get hungry sharks off your back. 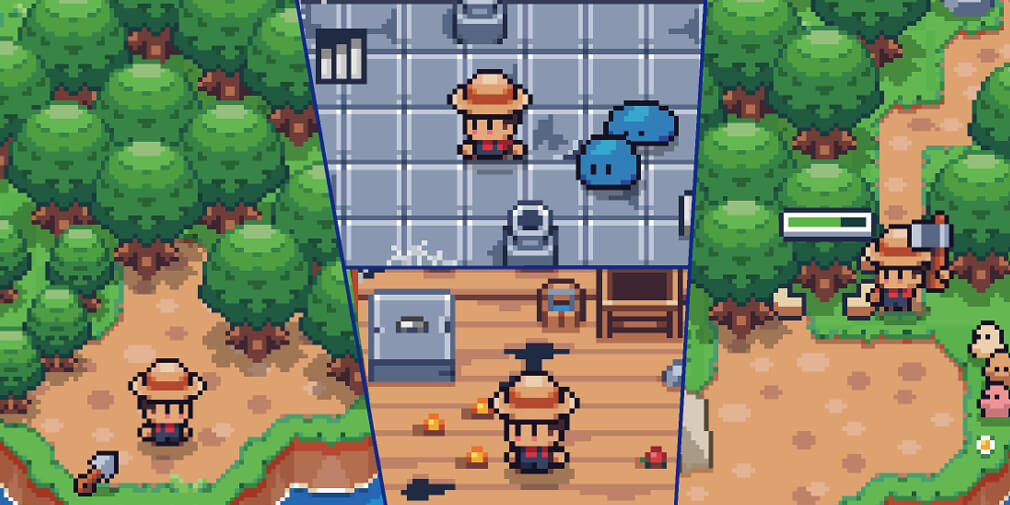 A natural response to being stranded is simply to make the most of what you have. This is the sentiment behind Tiny Island Survival which lends it a sort of relaxing nature. You play as a small pixel person who seems to have stolen Monkey D. Luffy's outfit. Waking up on a small but lush island, you have nothing better to do than to kill time. You'll have some tools to get started by digging holes and clearing some space so you can explore more of the island. Make sure you survive long enough to uncover the secrets it has to offer. 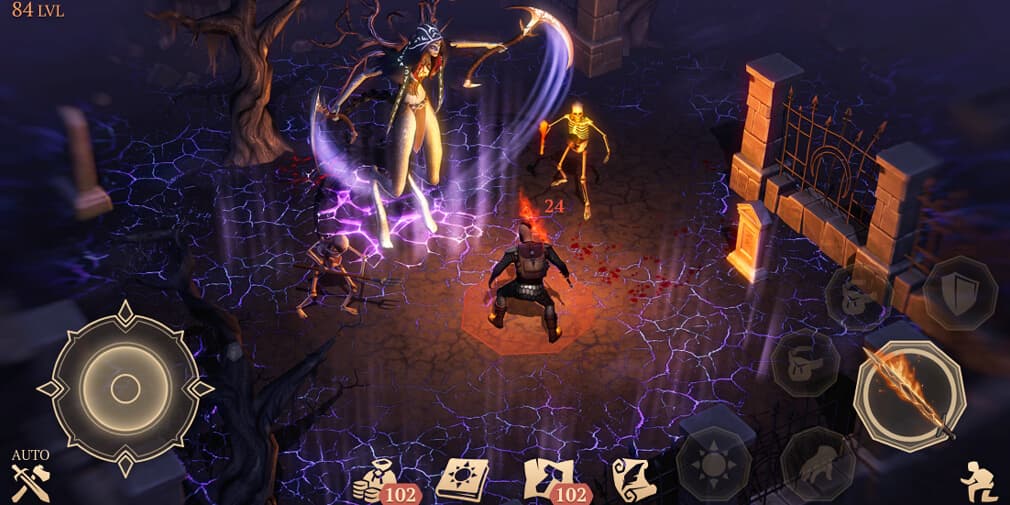 What makes survival situations daunting is that they plop you in an unfamiliar situation without anything that you're used to having. When you're starting with nothing, you can set the story anywhere, even in a dark fantasy world. In Grim Soul: Dark Survival RPG, you're lost wandering through a once thriving land that has since descended into chaos. You must use your skill and resourcefulness not just to keep yourself alive, but also to make yourself stronger, and improve the quality of your shelter. Only then can you feel confident enough to tackle the terrors that await. 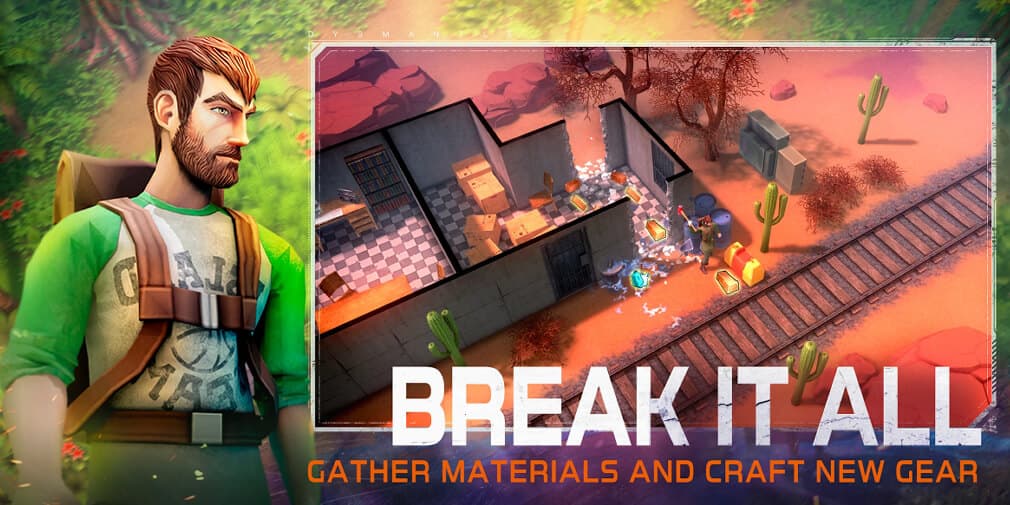 There are times when the only way you can make something new is by taking something else apart and rebuilding it. This is what you'll need to master if you want to make progress in DYSMANTLE. The game starts off as your character emerges from a shelter designed to withstand whatever catastrophe happened outside. Now alone in a new and frightening world, you'll need to use your tools to break down whatever survived to gain materials. If you get enough, you'll improve your chances of survival against the creatures that roam the surface.

These are the top-notch mobile games like Rust that you can play in 2022! Did we miss some of the titles that you think would fit well on the list? Let us know in the comments below.