The King of Fighters ALLSTAR is a mobile-friendly spin on a classic, fairly hardcore series. You'd be forgiven for thinking that this could be a recipe for disaster – it certainly has been in the past – though what's interesting about ALLSTAR is the way that it's been able to win over both new and returning players.

By launching with a sizeable roster of characters from across the series and delivering regular crossover events with major names, ALLSTAR's arcade fighting action has remained compelling for longer than you might expect.

I interviewed Netmarble President Simon Sim to discuss what he thinks makes the game work, the appeal of crossover events, and where ALLSTAR could be heading next. 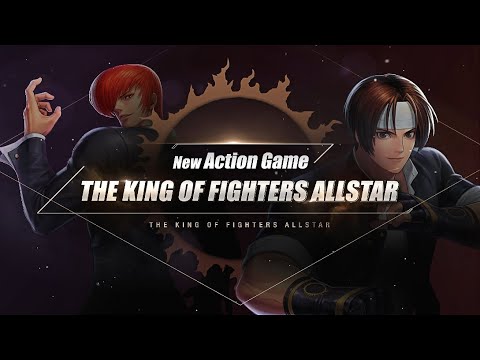 Subscribe to Pocket Gamer on
How did the team go about adapting a hardcore fighting game series for mobile devices?

We wanted to create a mobile game that offered extreme fun of control. We focused on letting our players enjoy seamless combinations and a powerful sense of hitting through simple control. In addition, the game provides pleasure by allowing you to collect and grow various fighters and battle cards, and a variety of content that players can clear with strategic organization of character decks. It is not a game for a specific enthusiast, but we are trying to make a game that is loved by a wide range of players.

In your experience, have long-time KOF fans taken well to ALLSTAR?

Since we launched The King of Fighters ALLSTAR globally in October 2019, KOF fan responses have been very positive. The fact that in this game you can unlock every great KOF fighter from the franchise's history is something people love, and our ability to add new outfits and other franchises into the game has helped the title stay interesting and fresh since launch.

How has the game progressed since launch?

Since launch, we've added a number of great new fighters and features into the game and also introduced some huge collaborations other than WWE, such as Samurai Shodown and Tekken. We know there are a few areas of the game that need to be improved, but overall we've been pleased with how the game has advanced.

How has the global version performed since launch?

Since its global launch in October 2019, it has gained mass popularity along with achieving 5 million downloads in just 7 days and reaching the top 10 download ranking in 49 countries including the US, Taiwan, etc.

Has there been any discussion about bringing the game over to Nintendo Switch?

This question has been brought up before and that in itself shows us that a Switch version of The King of Fighters ALLSTAR would be well received. As to whether that is something we plan to actually do in future, I cannot remark one way or the other at this time. 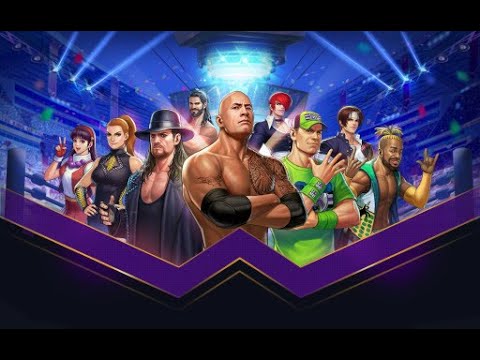 Subscribe to Pocket Gamer on
Do you think ALLSTAR would translate well to consoles?

Through our partnership with Razer, we've had the pleasure of seeing how The King of Fighters ALLSTAR plays when mapped to a controller, and overall it feels very natural. Therefore, I think the game would translate well to consoles, but we actually don't have any specific plan for this yet.

How important are crossover events to the game's success and ongoing popularity?

We believe crossover events help the game attract new fans while giving existing fans a dynamic experience. For this reason, we would like to do more in the future. As to what additional crossovers are in store, right now there is nothing we can reveal.

How did the WWE collaboration come about?

There are many WWE fans at both Netmarble's US Office and Netmarble HQ in South Korea. That was definitely a part of the decision. But mainly, we decided to do this because we wanted to give something unexpected and fun to our players, and we wanted to make history with a fighting game crossover nobody had ever seen before. We think we accomplished both goals with this event. 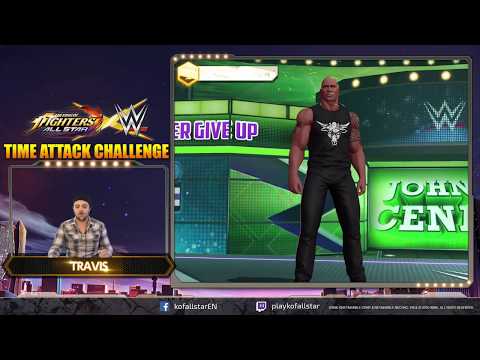 Subscribe to Pocket Gamer on
How did the team go about capturing the personality, fighting style, and mannerisms of each featured WWE Superstar?

Our very talented team of developers and artists in South Korea's Netmarble Neo studio put great care towards studying WWE broadcasts to accurately portray each of the WWE Superstars. Many hours were spent modelling the Superstars to ensure their authenticity. Based on all the positive fan responses, it seems the developers succeeded in creating an art style that felt natural to both the WWE Superstars and the ALLSTAR world.

Any plans to add more WWE Superstars in future?

Nothing has been decided yet. We think it was a great collaboration that satisfied both KOF and WWE fans.

What is next for ALLSTAR?

The King of Fighters ALLSTAR has been providing great fun to our players through various updates, collaborations, and events. We can't reveal specific plans yet, but our players will continue to see a variety of new features. We hope they enjoy.

Hunting for some high-quality fighting games? Here are 25 of the best for iPhone & iPad

Want more? Check out our 23 other The King of Fighters ALLSTAR articles!