After releasing late last month, The King of Fighters ALLSTAR has now launched its first ever crossover event. From today, November 26th, until December 17th, you'll be able to collect iconic Tekken characters from across the legendary series such as Heihachi Mishima, Jin Kazama, Kazuya Mishima, Armor King, Ling Xiaoyu, and Paul Phoenix.

Those who are just starting out will be able to choose between Jin Kazama and Iori Yagami 98 when in the tutorial, while active players can obtain these guys by completing limited-time in-game event missions. More Tekken characters can be earned by completing the latest Event Dungeon and Super Missions, or through login bonuses, Tekken-themed Fighter & Battle Card Summon Boxes, and the Prize Wheel. 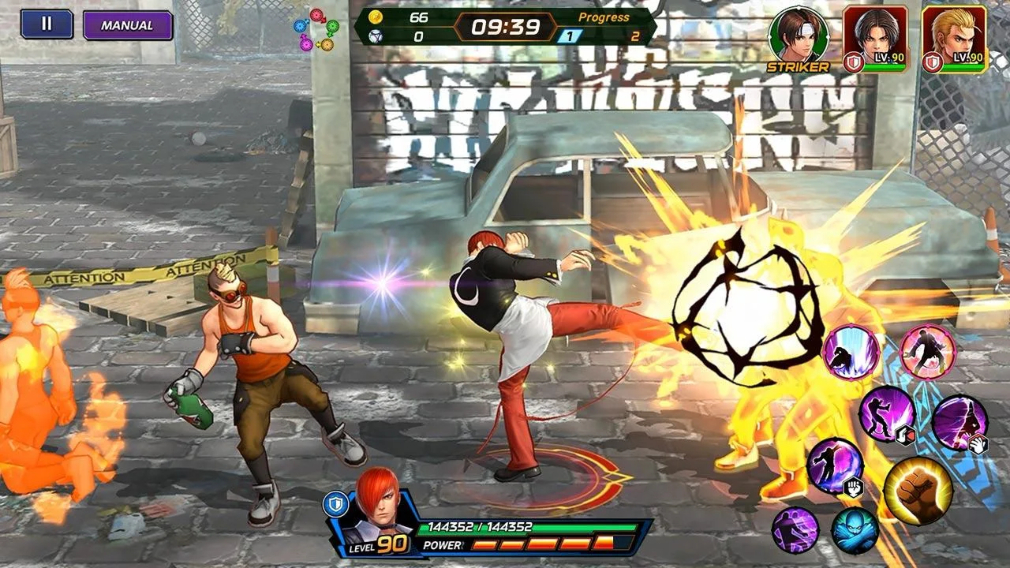 Here are some other new additions to KOF ALLSTAR:

Here are some small changes:

For those not in the know, The King of Fighters ALLSTAR is a fast-paced fighting game which challenges you to battle through hordes of enemies, bosses, and rival fighter teams. It's all very sleek and well-presented, boasting impressive animations and a distinctive art style. The game recently reached 14 million players, which, in all honesty, is super impressive for a mobile adaptation of a fairly niche series.

The King of Fighters ALLSTAR is available now for download from both the App Store and Google Play. And you'll find the latest updates over on the game's official Twitter account.