Gambling mechanics in video games? It's more likely than you think

Lawsuits abound these days, eh? It wasn't all that long ago that we weighed in on Ubisoft's lawsuit with Apple and Google, which resulted in the swift delisting of Area F2, a close-quarters shooter which bore a striking resemblance to Rainbow Six: Siege, and now we've got yet another fairly high-profile gauntlet being thrown down before Apple's feet. But this time it's something I can really get behind. Loot boxes.

The loot box debate has been waged before, with countries such as Belgium outright banning loot boxes, much to the ire of big companies such as EA and Activision. With that in mind, the question of whether or not loot boxes are gambling, or can be seen as gambling, has already been had, and governments have accepted that there's something to look into here. But the mobile market is a bit different.

Almost since its inception, the mobile market has lived and died on free to play titles. Yes, I know there are plenty of you out there that do not spend a penny on in-app purchases, and some of you that stick to premium titles because of monetisation practices, but it's very hard to avoid if you're a regular Pocket Gamer like I am.

The facts are set in stone. The mobile market needs free to play titles, and those titles need a monetisation system that doesn't bombard the player with unlimited ads. So, what can be done to uphold the mobile market's status quo, while still conceding a few points?

Any game where you collect something knows about gacha mechanics. Whether it's in Fate Grand/Order, Granblue Fantasy, or even RAID: Shadow Legends, we have all experienced gacha mechanics. It's simple, you either use in-game or premium currency to purchase a pull or a summon, and you will get "rewarded" with a creature to keep and fight with.

Can gacha be considered similar to loot boxes? Well, yes, absolutely, it's something the player can spend real money on, without being 100% certain of what they will receive. That is essentially a loot box. Heck, while we're here we should probably include Hearthstone packs as loot boxes too.

The problem with gacha games and loot boxes is the not knowing. Strides have been made with this, with previous lawsuits resulting in gacha games now having to reveal the appearance rates for all of their characters and items, but all that does is reveal how very much the odds are stacked against you.

And none of this helps the key point of this recent lawsuit: kids are often the primary players of free to play games, and if loot boxes and gacha mechanics really do inspire a compulsive response in these kids, similar to gambling, then they should not play them. The unfortunate truth is that if we want to avoid sparking compulsive behaviour in children, like rats hitting buttons for a treat, they can't play these games at all, even with Apple's parental controls.

Right now you can see from the store page of a game on the App Store whether or not it includes in-app purchases, but in the modern day they almost all do, and this certainly doesn't separate money-hungry gacha titles from games which simply sell DLC or content packs. It's the difference between the Ace Attorney selling multiple full games as individual downloads, and the Love Island game making you buy gems for extra scenarios.

With Parental Controls on iOS you are able to prevent child accounts from spending money on the App Store and block in-app purchases, but that's not enough. If we're worried about compulsive behaviour, then even the in-game methods of earning premium currency and spending it on gacha and loot boxes are too much. These are precisely the mechanics that we must remove from games in order to avoid compulsive behaviour, and quite frankly, gacha games and card games like Hearthstone thrive on it almost exclusively.

Grand Theft Auto V got a big reveal for the PlayStation 5 recently, with GTA Online coming to all PS5 owners for free. A nice addition, sure, but of course it's just the Online component - because Rockstar make incredible money from the Online component alone, so much so that they've opened a virtual casino in the game.

This is questionable, but we haven't heard any controversy surrounding it. That's simply because GTAV is not a kid's game. It is age-restricted, and while some kids may play it, they have had an adult make the purchase. Or should've done, at least. This might inspire compulsive spending in some players - and likely does given the amount of money they rake in - but as long as they're "sensible" adults and not young children, it's acceptable enough. 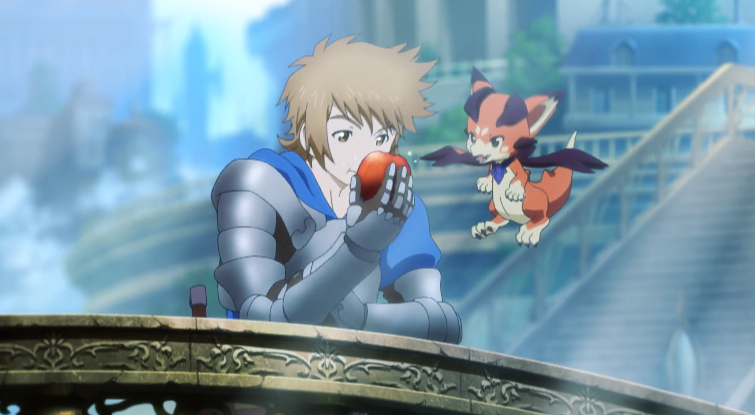 The time for action

So, what is the solution? Well, it's both simple and difficult.

First, Apple needs to highlight games on the App Store which include what we'll call "random purchases" and allow Parental Controls to entirely block the downloads of those games. This is, essentially, age restricting them unless parents give express consent.

Second, someone needs to watch the game developers. I logged into Roblox recently (don't ask, it wasn't fun) and aside from being shocked at how, y'know, bad the game is, I couldn't believe how filled it was with spending potential. Around every corner there's something to spend Robux on, which is a premium currency, of course. This is a game expressly aimed at kids, and expressly wanting them to spend money. This cannot be acceptable, quite frankly. It feels insidious and creepy in ways I do not want to share. Apple, or some independent watchdog, needs to keep an eye on these kinds of games, especially the ones which have a clearly young audience.

The first point should be simple enough, though large developers and publishers, such as Supercell and King, which both also have a young, casual audience, will likely revolt. Let them languish, I say.

Long story short, the mobile gaming market will need to change drastically if it wants to keep away from pesky lawsuits like these in the future.

The Pinball Wizard: Tips to have you making magic on the flippers