Of all the sports that exist, only one gets its own top 25 list here at Pocket Gamer. Football. The beautiful game.

Whether you like football or not, there's no denying that it's a very big deal indeed. The biggest deal, in fact, if you're talking about ball games.

It's not surprising, then, that there are rather a lot of footy games out there on the Google Play Store. And what range!

You'd think that football's simple ruleset would lead to a rather generic set of me too games. But far from it.

The following list of 25 games contains arcade kick-abouts, management sims, and multiple shades of fun in between. We'd even suggest that non-football fans could find something to like here.

Think we've missed something massive? Let us know what your favourite Android soccer game is in the comments section below.

Pocket Gamer's Top 25 best football games for Android is brought to you by Soccer Royale. 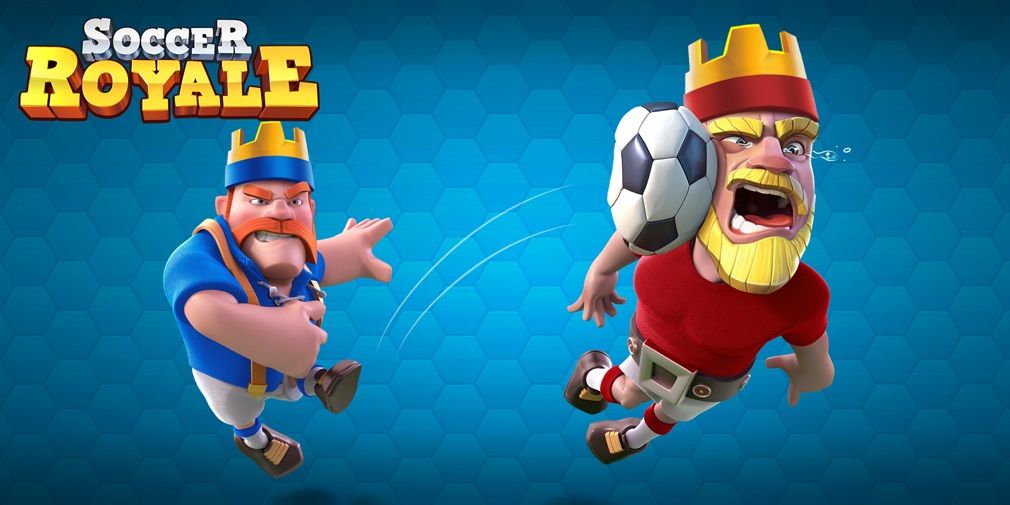 Test your prowess on the soccer field against players all over the world in Viva Games’ Soccer Royale! Available for free on iOS and Android, Soccer Royale tasks you with building a team from a deck of 39 character cards before taking on opponents in subbuteo-style, turn-based matches.

All that's required is to put two goals past the opposing team to win the match and climb the leagues where a multitude of trophies and rewards await for the most skilled and competitive players.

Cards will range from common picks to legendary finds, and each card has its own unique abilities that can either turn the tide in your favour or push the odds against you. While mechanics seem simple enough, the variety of rare and epic cards along with dozens of divisions to play in will always ensure a different turnout with each playthrough - so whether you’re a casual kiddo or a competitive football pro, there’s definitely something to get you hooked!

Viva Games revives the classic table-top mechanics of subbuteo and mixes it up with some Clash Royale style fun in this quirky, turn-based strategy take on the beautiful game.

This entry is sponsored as part of Steel Media Preferred Partners.

It was always the dream to have a full version of Sports Interactive's epic football simulation game on our Android devices. Football Manager 2020 Touch is just that.

New Star Soccer presents a style of football that's unique to the smartphone format, with a deft mixture of swipe-based scenarios and light management.

The game that introduced ball flicking to the Google Play Store remains the best, thanks largely to a gloriously tactile swipe control system.

Super Soccer Champs 2020 goes back to the arcade footy greats of the home computer era - think Sensible Soccer and Kick Off. That means intuitive top-down action with hidden layers of depth.

Score! Hero plays like a Match of the Day highlights package, placing you in control of the decisive passes and shots of each game. It's a bit like a flashier (though much less charming) New Star Soccer.

Tiki Taka Soccer's tap-based control system is a thoughtful attempt to get football action feeling natural on mobile, while its zoomed-out Amiga graphics get our nostalgic juices flowing.

If you've ever played Sensible Soccer, then you should feel right at home with Active Soccer 2 DX's fast-paced top down action.

Pocket League Story 2 is a management game, but it's nothing like Football Manager. It's a particularly quirky, lo-fi job sim with oodles of charm.

Rumble Stars Soccer has more in common with Clash Royale than FIFA, but we're not complaining. This is a brilliantly tactical online multiplayer kick-around with larger-than-life animal players and sharp presentation.

Thanks to Rocket League football with cars is a big thing. Motorball gives you a little slice of that, pared back and with a top-down perspective.

Not as in depth or sophisticated as Football Manager Touch, Football Manager 2021 Mobile nonetheless provides an accessible footy management game for Android owners and those who don't want to fall too far down the FM rabbit hole.

If you want an in-depth console-style take on football for your mobile, there's only really one choice - and it isn't FIFA Mobile. PES 2020 isn't perfect, but it's built on the same engine as the console games.

A football management game with a major difference, Football Drama focuses on story ahead of tactical machinations, accompanied by highly stylised (and beautiful) graphics.

Okay, so we've established that Flick Kick Football is the king of ball flicking. But Flick Soccer comes forward with a number of interesting ideas of its own, and is undoubtedly the deeper experience.

First Touch Games has built a reputation over many years for being one of the best at translating the console footy experience to mobile. Dream League Soccer 18 is another shot on target.

Take Flick Kick Football and zoom out to a simplified top-down perspective. That's Tiny Striker, and it's ace.

Another fast-paced arcade kick-around that draws inspiration from the classic top-down games of yesteryear. Retro Soccer is rough around the edges, but it's never less than a giggle to play.

Publisher: Christian Schnellmann
Available on: iOS
Find out more about Kind of Soccer 2018

Kind of Soccer 2018 is a finely honed and deceptively smart football game that has you passing the ball around your static team in a bid to take out the fleeing ref.

Open packs of 'stickers,' build your team, and cheer them to victory over other players. The Big Win template is simple but strangely moreish.

Footy action and RPG mechanics collide in this quirky take on the beautiful game, which ties in with the popular anime.

It's far from the best game in the franchise, but you can't really have a comprehensive footy game list without a FIFA game. This one's freemium, social, and nicely polished.