Even better than the real thing

Well, most of the time, anyway.

And while it might seem that these realistic simulacra would be poor fits for mobiles - requiring bags of computing power and complex input devices - they're actually proliferating on iOS.

After all, the modern mobile packs a walloping great processor and a hugely versatile touchscreen. You just have to get the user interface right.

So, here are ten simulation games that we feel you should download immediately onto your iOS device. Though some are undeniably more realistic than others, all are worth your time. 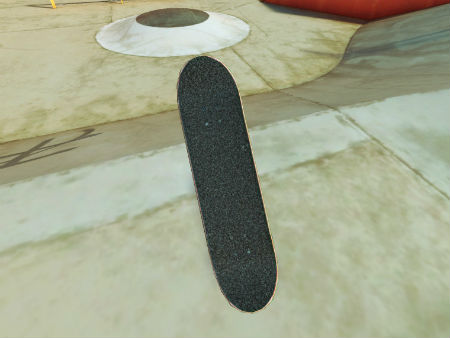 People tend to assume that 'simulations' have to be based on either transportation or the military. Or both. So, here's an oddball sports sim to start us off.

Anyone scoffing at the idea that you can make a realistic copy of any physical sport really ought to try True Skate. Because this is the closest thing to real skating you'll find on the App Store. Well, short of adding wheels to your iPad and heading down the skatepark.

As you might expect, it's fiendishly difficult. That just makes it fiendishly satisfying, though, when you pull off the stunts with style.

Pumped: BMX
By Yeah Us! - buy on iPhone and iPad 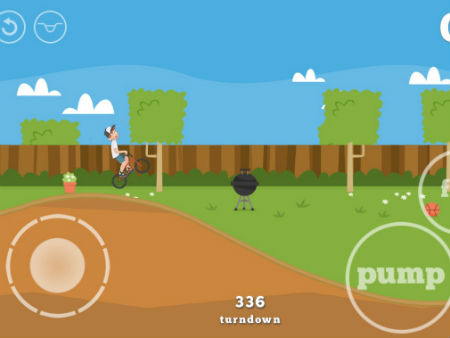 For some reason, stunt games seem to be the way to go for sports simulations on mobile. Maybe it's because it feels so natural to replicate physical tricks with effortless flicks and swoops of the fingertips.

But there's NOTHING effortless about this demanding replication of the twists, turns, and pumps required to make the best of this biking game.

It might look a little drab when you first boot it up, but there's a wealth of challenge and detail lurking underneath that flat exterior. 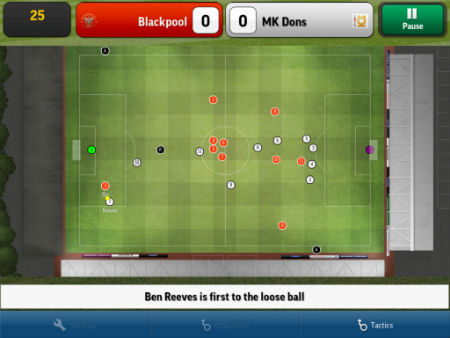 Moving on from a simulation of the physical side of sport, how about trying your hand at the statistical side instead?

You can tinker with every element of football club management you can imagine - and probably one or two you can't - here.

I actually gained an interest in football - and enough knowledge to bluff my way through a laddish pub conversation - purely from playing the PC version of this sim.

It's been stripped back a bit for mobile, sure, but it remains an absolutely engrossing exercise in tactics and management.

The Sims 3
By IronMonkey Studios - buy on iPhone and iPad 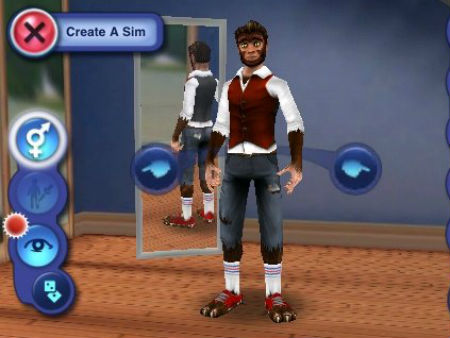 Speaking of PC ports, let's get this obvious candidate out of the way before we go any further.

While it might not strictly qualify as a simulation in the traditional sense of the term, it deserves a spot on the list for being an incredibly rich and fun game that - unlike the previous entry - has lost virtually nothing in its transition from desktop to handheld.

And anyone doubting that there's not some genuine real-life replication value in this game ought to read the story of Alice and Kev.

Plague Inc.
By Ndemic Creations - buy on iPhone and iPad 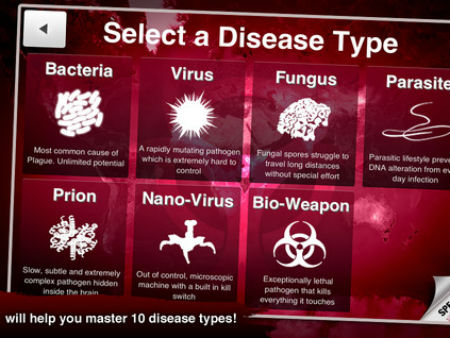 Sticking with our tactic of avoiding 'customary' simulation material, here's an even odder one.

In this game, you play as a virus attempting to wipe out the entirety of the human race.

While realistic, it's a lot less grim and a lot more challenging than it sounds. In effect, you're trying out different combinations of diseases and infection vectors in your quest to render the earth a sterile husk.

And once the body count starts rising, you can tinker further with your DNA to ramp up the seriousness of the plague to biblical proportions.

Bridge Constructor
By Clockstone Studio - buy on iPhone and iPad 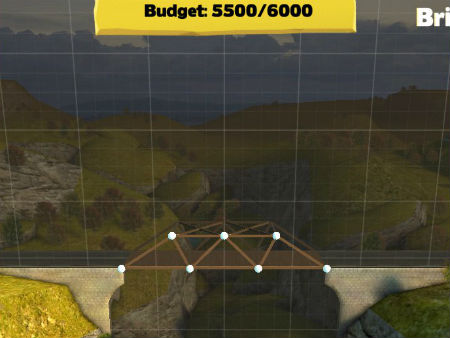 We're moving toward more familiar territory here, sure, but I challenge anyone to tell her friends she's been wasting hours on a game in which the noble art of bridge design is simulated without raising a round of snorts and derision.

But it's true: this is an astonishing time sink.

Raising crossings over a bewildering array of different chasms using a limited palette of materials for each is more engrossing than you could possibly imagine.

Transport Tycoon
By Origin8 - buy on iPhone and iPad 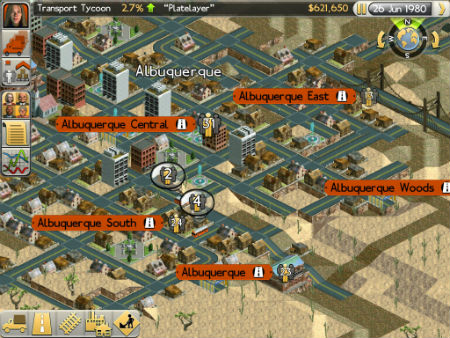 For me, the 'Tycoon' label conjures up images of loony, lightweight management games that are about as reminiscent of their subjects as Angry Birds is of pork production.

Transport Tycoon, however, is not such a game.

Instead, Transport Tycoon is a vast behemoth of statistical madness. Here, Origin8 has crafted a mathematical monster that will metaphorically suck your brain out and chew on your ganglia as you desperately try to balance an astonishingly huge range of factors.

You'll never look at a train the same way twice after playing this.

Battle Supremacy
By Atypical Games - buy on iPhone and iPad 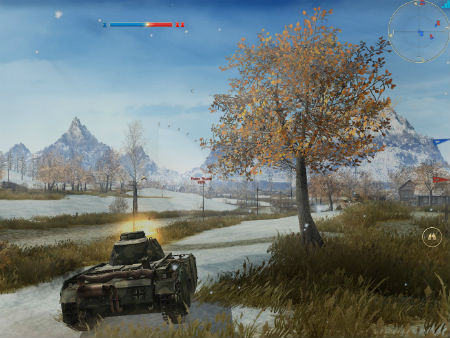 Let's face it: however much you might want to pretend that your simulation tastes run to strategically micro-managing transportation, what you really want to do is get in a virtual tank and blow stuff up.

Well, unsurprisingly enough, there's an app for that. And it's called Battle Supremacy.

While Atypical Games's tank battling game does includes unrealistic features like enemy lock-on, it's still an exciting, detailed, and challenging affair (especially once you throw multiplayer in the mix).

And it's probably a GOOD idea that the game developer doesn't try to replicate being stuck in a small hot metal box with a sweaty driver who's eaten too many military-issue beans. 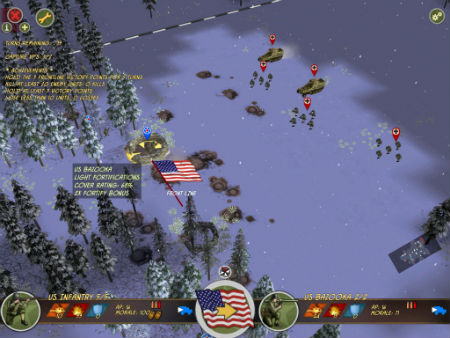 Simulations can be about history as well as technology, of course. Re-playing the various micro-elements of an historical scenario, tweaking a few 'what if' parameters, and watching what spools out of the other end can be immensely satisfying.

Such is the case with the superb Battle Academy. Here, you can re-create pivotal small unit actions from World War II.

Put simply, Battle Academy is easy to pick up and play but totally engrossing once you've got stuck in. And though this title might look expensive by iOS standards, you'll be rewarded with hours of fascinating gaming in return for your outlay. 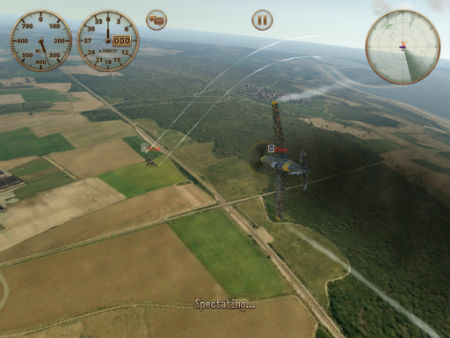 The Sky Gamblers series has gone through various iterations, with its creator improving the accessibility and graphics each time until it's become the benchmark aerial dogfighting game on iOS.

Go back a few versions, however, and you'll find Storm Raiders, an incredible mixture of thrilling combat and demanding realism set during World War II.

This represents arguably the pinnacle of the franchise so far. And it just goes to show that ramping up the simulation qualities of a title can make it all the more exciting, rather than just making it less approachable.