Netmarble's The Seven Deadly Sins: Grand Cross has proved to be quite the RPG hit. It's now raced past 3 million downloads in its first week of release, and I'd like to think that's because it's actually pretty good fun.

It looks great, feels authentic, and generally offers a more recognisable RPG experience than its gacha mechanics might suggest. Through impressive cutscenes and many hours of story-driven missions, you'll play through the adventures of The Seven Deadly Sins.

Right now, it's sitting at #2 on the top 10 downloaded games on the US App Store and Google Play, and it's currently the #10 top-grossing game for iOS.

"We are excited to see such great success in the global market following Korea and Japan launches. We are also grateful for the great passion our gamers have for The Seven Deadly Sins: The Grand Cross. We hope our players continue to enjoy the exciting adventures of The Seven Deadly Sins," said Seungwon Lee, co-CEO of Netmarble. 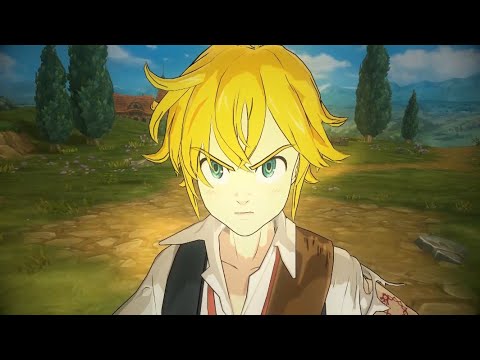 Guides Editor Dave was mostly won over by Grand Cross when he previewed it earlier this month, saying "while the game itself is, ultimately, yet another anime gacha RPG, it might be the highest polished and best looking anime gacha RPG I've ever seen. I am in awe of the love that has gone into this game, and it is guaranteed to put a smile on the face of fans". Be sure to check out his full thoughts right here.

If you're yet to delve into the world of The Seven Deadly Sins: Grand Cross, you'll find it available as a free-to-play title from both the App Store and Google Play. It's well worth a go if you're a fan of the show or want to play a gacha game done (mostly) right.

On the hunt for more top-tier RPGs? Here are 25 of our faves for iPhone and iPad
Next Up :
Horizon Chase Mobile Edition's new China Spirit DLC features new tracks and the Lightning car, available now