The Seven Deadly Sins: Grand Cross is adding a whole new depth to its narrative with the second chapter of Ragnarok, Fate of the Gods. Netmarble’s mobile RPG based on the popular franchise adds new heroes [Battlefield Guardian] Princess Brunhild and [Blessing of the Earth] Diane along with an original story exclusive to the cinematic adventure title.

The new chapter also introduces a new Player vs. Environment (PvE) mode, plus other special events. In particular, the fresh plotline has enough content to go on that’s equivalent to 24 episodes of the Seven Deadly Sins anime. 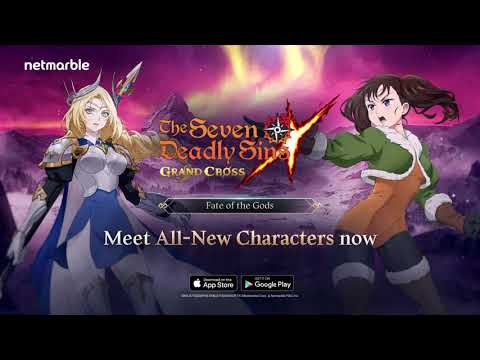 As for the Demonic Beast Battle PvE mode, players will have to join forces in order to take on a series of floors with several phases. Teaming up helps players clear all phases to advance and reach each boss. There’s a bit of a random element here, as every boss will have a random passive skill for players to challenge. Clearing floors rewards players with items used to craft “Holy Relic”, which can enhance characters when equipped.

Featuring more than 150 characters and 200 dramatic cutscenes, The Seven Deadly Sins: Grand Cross has been downloaded 30 million times across the globe since it launched in March 2020. If you’re eager to get in on all the action, you can download the game on the iOS App Store or on the Google Play Store for Android devices. It’s a free-to-play game with in-app purchases.

You can also join the community of followers over on the game’s official Facebook page to stay updated on all the latest developments. Or if you're keen on checking out what Ragnarok is all about, you can take a peek at the embedded trailer above.

Next Up :
World of Tanks Blitz announces festive Holiday Ops with Arnold Schwarzenegger and Milla Jovovich