Netmarble’s The Seven Deadly Sins: Grand Cross is set to receive a new update tomorrow that will introduce a new highly-requested character and several new in-game events to complete.

The character being added is SSR “Assault Mode” Berserk Meliodas, who is available to collect as part of the newly introduced Holy War Special Pickup along with other characters from The Ten Commandments.

Meliodas has a high attack power and powerful skills, and gives Demon allies a stat boost as well as Heroes with Commandments. They are also be equipped with a Forgotten Past buff which decreases enemy defensive abilities by 15%. Meliodas can be acquired from the pickup for 900 mileage.

To celebrate this new update to The Seven Deadly Sins: Grand Cross, Netmarble is also featuring some new in-game events. 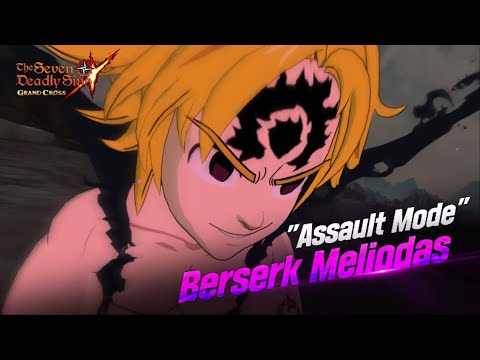 The Final Boss Battle Escanor event is currently in session, where you can obtain the Escanor Limited Costume for playing the final boss battle. You can also earn diamonds depending on your final result.

These events also include the Lucky Draw, where you use tickets earned from completing missions to draw from the Lucky Box and win rewards based on a random amount of diamonds or gold. His runs until a total of 7 million diamonds have been rewarded, so it’s a good idea to log on early and grab some before they’re all gone.

And finally, there are also some smaller events that will give you different amounts of rewards such as the Holy War Festival Special Mission, Hawk’s Jackpot Card, and Diamond Payback.

You can download The Seven Deadly Sins: Grand Cross now from the iOS App Store and the Google Play for Android store. It’s a free to play game with adverts and in-app purchases.

If you enjoy playing mobile RPGs, check out our list detailing some of the best on Android.
Next Up :
Pocket Gamer Podcast: Episode 544 - Necromunda: Gang Skirmish, Blind Drive