Ragnarok is almost upon us! Netmarble’s The Seven Deadly Sins: Grand Cross is releasing a brand new story chapter with its upcoming content update in “Ragnarok”, which was first introduced in the special World Premiere livestream on the game’s official YouTube channel and on Facebook over the weekend. While details are a little sparse at the moment, the hit cinematic adventure role-playing game promises an exciting new journey for players when the content update releases officially in the future.

The Seven Deadly Sins: Grand Cross is based on the massively popular manga “Nanatsu no Taizai” by Nakaba Suzuki, beautifully translated onto mobile. Featuring high-quality animation and 3D graphics, as well as an engaging storyline where the original Japanese voice actors reprise their roles, the game has already garnered more than 30 million cumulative downloads in a year all over the globe. 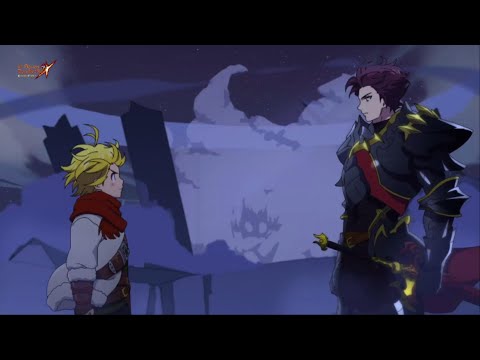 With over 200 costumes, more than 150 characters, and 200 cutscenes to sink your teeth into, The Seven Deadly Sins: Grand Cross is a delight for fans of the genre. This time around, with the Ragnarok content update, players can follow a new tale that dives deeper into the lore of Norse mythology. The narrative has already been in production for over two years, so expect a story of the grandest scale, with new chapters to be released every other month.

If you’re already hyped up for Fenrir, Sigurd, Thonar, and Grimnir, you can check out the jaw-dropping teaser trailer we've embedded above to marvel at the stunning animation and action sequences in store for you when the update eventually arrives. The Seven Deadly Sins: Grand Cross is available for download on the App Store and on the Google Play Store as a free-to-play game with in-app purchases.

Eager for more anime games? Check out our list of the top 25 best JRPGs for Android phones and tablets!