Netmarble's The King of Fighters ALLSTAR has proven to be quite a hit since launching globally back in October of last year. It sees you battling your way through waves of increasingly tricky enemies, bosses, and rival teams while gradually learning to master its fast-paced brawling action. It's certainly very flashy, boasting impressive animations and character designs.

Fans of the long-running series will recognise classic fighters hailing from KOF '94 to XIV, with there currently being over 130 to add to your roster. It also offers your standard seasonal events, regular content updates, and collaborations; the latest of which sees ALLSTAR crossing over with the world of Samurai Showdown. 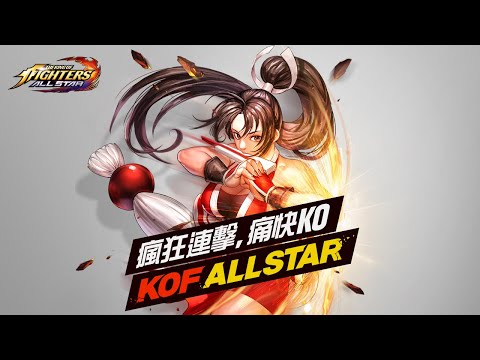 On March 10th, The KOF XIV variant of Nakoruru will make their grand appearance, and two extra Samurai Showdown characters, Tachibana Ukyo and Amakusa, can be earned by taking on limited-time events.

During the event, you'll be able to collect Tachibana Ukyo and unlock souls, growth items, and special cards. By being crowned victorious in the Score Dungeon, you'll earn coins to swap for Amakusa, as well as various growth and affinity items.

You're also going to be able to play with Showdown fighters in the tricky Time Attack mode. Daily log-in rewards during the event will include gold, souls, battle card tickets, and more. And remember that an additional chapter of the Epic Quest will arrive on March 4th.

On top of the event itself, Netmarble will be hosting a special livestream tomorrow at 4pm PT featuring professional fighting game player Justin Wong. The latest additions to the game will be highlighted during the livestream.

The King of Fighters ALLSTAR is available for download now as a free-to-play title from both the App Store and Google Play.

On the hunt for the best fighting games on mobile? Well, here are 25 of the best for iPhone and iPad
Next Up :
AVABEL LITE is an upcoming Japanese MMORPG that is now available for pre-registration on Android and iOS