A quick introduction to The King of Fighters: ALLSTAR, brand new release from Netmarble

Since its early days in the games arcades of ‘90s Japan, The King of Fighters (KOF) franchise has been wildly popular. At one point, there was even an animated band featuring KOF characters (Gorillaz eat your heart out).

Now, the series has been given a new installment by Netmarbles in collaboration with its original developer, SNK. The King of Fighters ALLSTAR is available globally, for free, on Android and iOS. If you like your beat-‘em-ups with a side-helping of roleplaying and hero collecting, you’re in for a treat. You’ve hightlighted below what to expect from this relase. 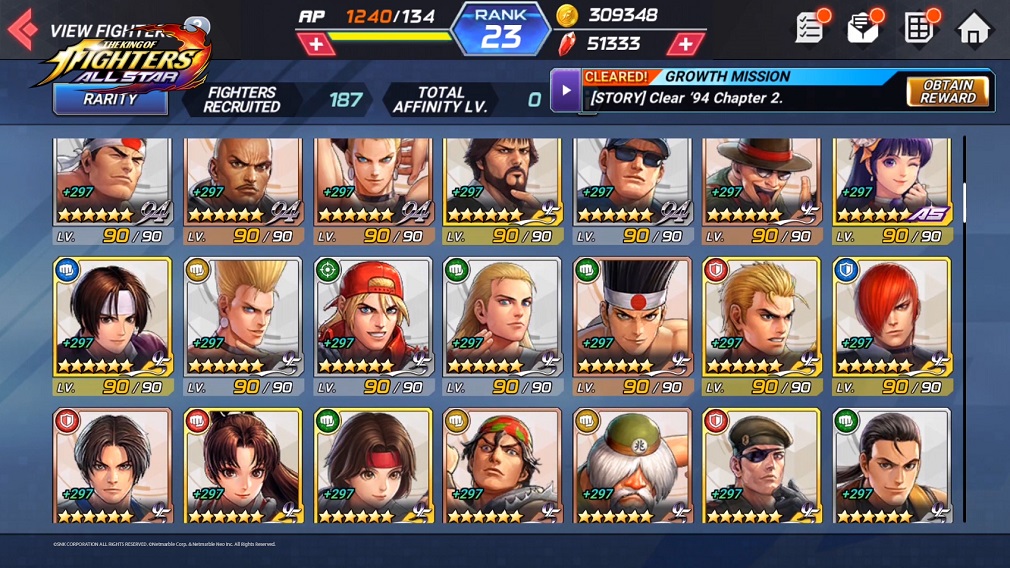 Every KOF character, in one game

More than 20 KOF games have been released since 1994, each one growing the colourful cast of characters. ALLSTAR not only brings every fighter together for the first time, but also offers variants of each; for example, Kyo Kusanagi is available in versions from the ’94, ’98 and XIII games, and Iori Yagami is available in versions from the ’95 and ’97 games. The vast majority are up for grabs, gacha-style, to recruit to your fighting force of three. So whether you’re a long-time KOF fan who already knows their ultimate dream team, or a new-comer who wants to find their favourites, you’re sorted.
Subscribe to Pocket Gamer on

Power up your fighters

You don’t always need to ditch your favourite fighters for newer, stronger ones you collect along the way. Instead, KOF ALLSTAR lets you upgrade characters in multiple ways. Levelling up with XP is the most obvious, but you can also evolve and limit-break them. Equipping battle cards will also give you a secret weapon during tougher stages. 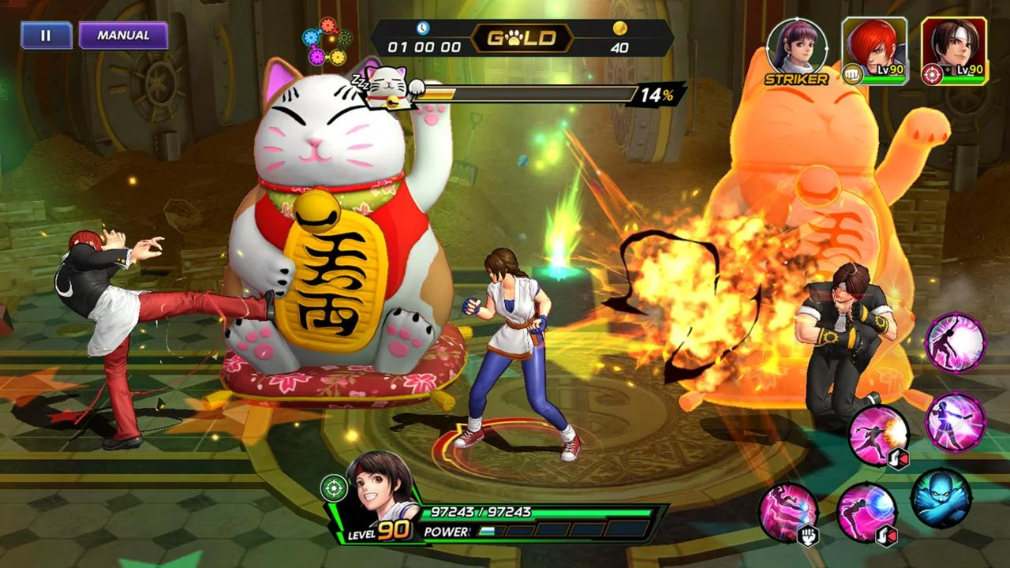 KOF ALLSTAR has plenty of gameplay modes to keep you punching your way through thug-strewn streets. Story Mode lets you delve into the series’ past and present, (re)discovering character back-stories and rivalries. Each level requires you to take down waves of enemies, dodging and blocking attacks as you go, before confronting the end-of-stage boss. You’re rewarded with currency and Fighter XP for your trouble. Time Attack Mode, on the other hand, challenges you to defeat not one boss, but three in succession — as quickly as you can.

You’ve also got the chance to collaborate online, with Real-time Co-op Mode — the perfect way to make grinding for resources more fun. Team up with friends to battle through power-up dungeons, earning upgrades that will give you the edge over your competition.

Speaking of competition, Tournament and Friendly PvP both allow you to test yourself against other players. Friendly PvP lets you link up with mates using friend codes, so you can settle old scores in the ring, while Tournament pits you against rival players around the world based on similar skill levels.

Originally released in Japan last year, KOF ALLSTAR is now available in more than 175 countries across the globe. Download for free from Google Play and the App Store, or find out more from the official website.

Want more? Check out our growing collection of The King of Fighters ALLSTAR articles!

Marvel Super War, a super-powered MOBA, will have a second beta test in November for selected regions