There's a natural synergy that goes with rogue-type games and card game mechanics. This synergy can be found in the roguelike Slay the Spire. The objective of the game is to climb to the top of a spire and slay the boss enemy waiting there. You'll only have one character to attempt the climb with but there are four to choose between. They are the Ironclad, the Silent, the Defect, and the Watcher. Each one has different stats and behaviors but they all use cards to fight and perform different actions. You'll start off with some basic cards but will be able to get more from battles, events, treasure chests, and shopping.

Since each of the characters are different, they all have different cards associated with them. They are suited to their stats and abilities which gives them their own strategies. Character cards can be used to deal damage, apply debuffs, give themselves armor, buff their stats, or boost their cards. Cards cost energy to play and once you're out, you'll need to end your turn. While most of them are unique to each character, special Colorless cards are available for any of them to use.

The following are Slay the Spire tier lists outlining the best cards for each character and for Colorless as well as the top three picks. They are organized by least to most rare.

1
Best Cards for the Ironclad 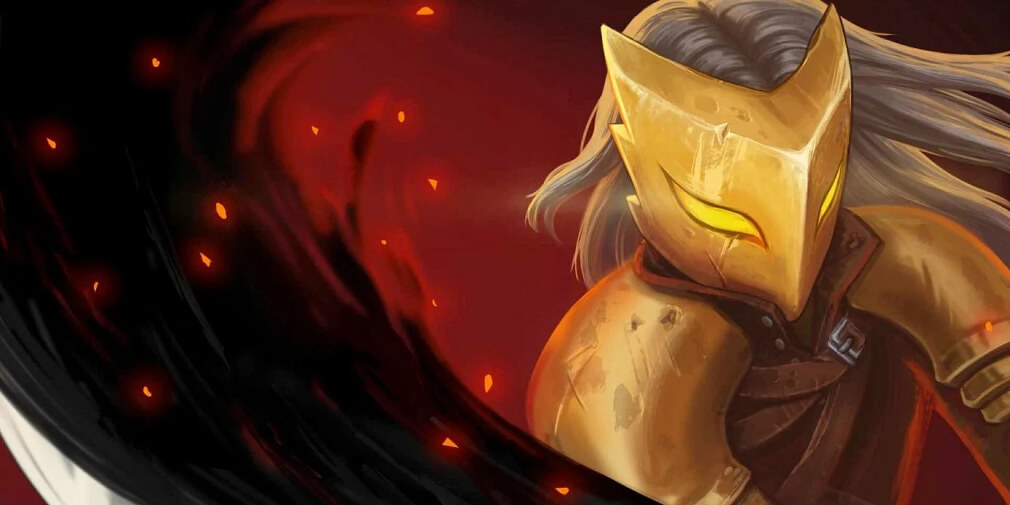 The Ironclad is a warrior-type character focused on buffing strength and dealing damage. He starts with the highest HP at 80 and comes with the Burning Blood Relic, which allows him to recover six HP at the end of a battle.

Anger is a very useful card to have as it's a free attack. It can be upgraded to do additional damage and is boosted by buffs and debuffs. It also adds a copy so you'll likely draw it again for future attacks.
Flame Barrier is a powerful defensive card. Not only is it cost-effective, but it adds a significant defense boost as well as a counterattack. It can also be upgraded to be even more efficient and deal higher damage.
Demon Form is a power that gives you a recurring buff. As the battle continues, having boosted damage will really start to pay off the longer the fight drags on.

2
Best Cards for the Silent 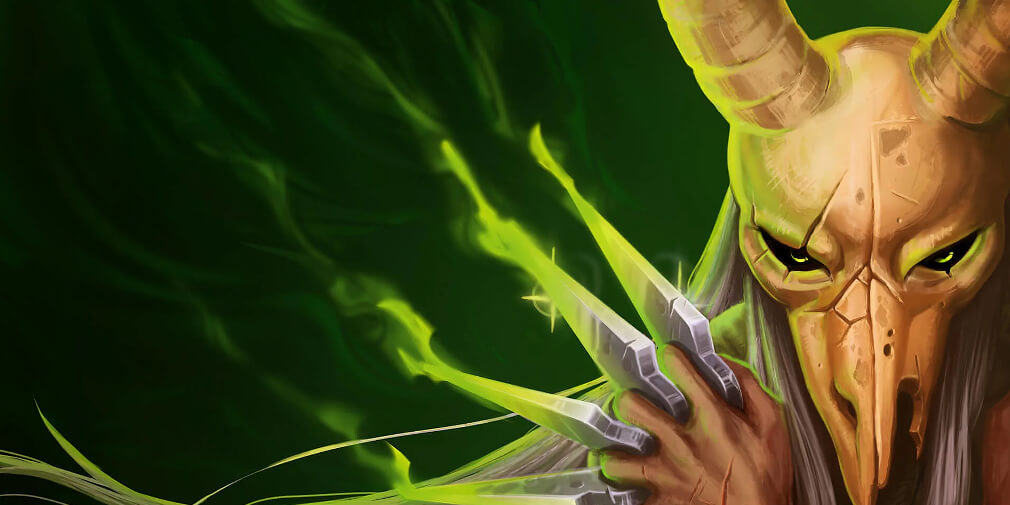 The Silent is a hunter-type character focused on multiple strikes and poisoning targets. She only starts with 70 HP but has the Ring of the Snake Relic, which allows you to draw two extra cards when you enter battle.

Deadly Poison is simple and effective. It's cheap and immediately applies recurring damage to an enemy of your choice. It can be upgraded to apply more stacks and is extremely useful for wearing down protected enemies.
Choke is a stacking damage attack that hits hard. When faced with an elite or a boss enemy, this card is perfect for dealing repeated damage. Start your turn with this card to make the most of it and boost any damage sources you have.
Grand Finale is a finishing move that is risky but worth it. It's the most powerful card in the game that can eliminate many enemies and severely injure elites and bosses.

3
Best Cards for the Defect 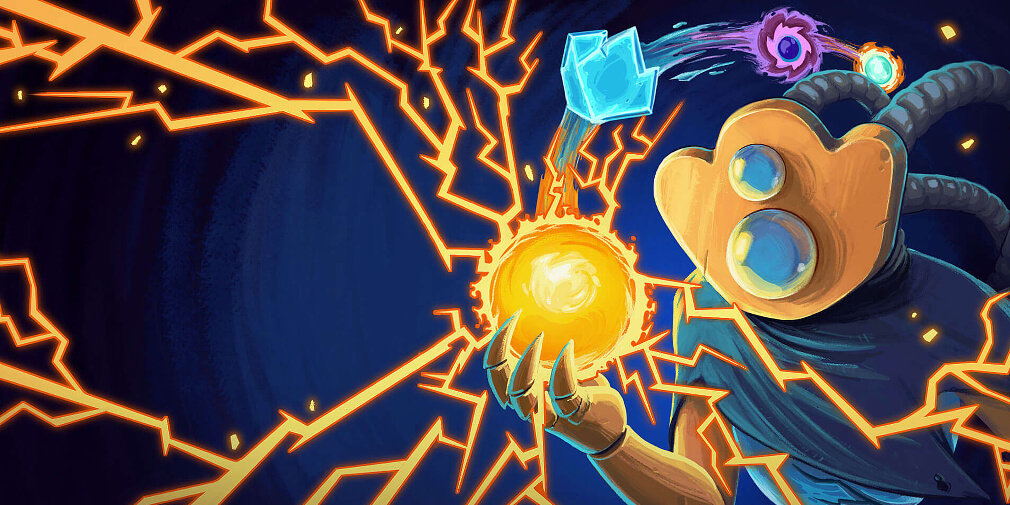 The Defect is a mage-like character focused on harnessing elements and setting up attacks. It starts out with 75 HP and has the Cracked Core Relic which Channels one Lightning when you enter battle.

Charge Battery is a useful card for this kind of strategy. Not only does it apply some protection to give you time to put things in place, but also to set up future plays. Upgrade it to make it even better.
Equilibrium is a great card to have if you don't want to leave anything to chance. If you end up with a good hand, use Equilibrium to keep it and apply some strong protection at the same time.
Echo Form is an interesting power card that changes the character's properties. Namely, it makes your first play each turn twice as effective.

4
Best Cards for the Watcher 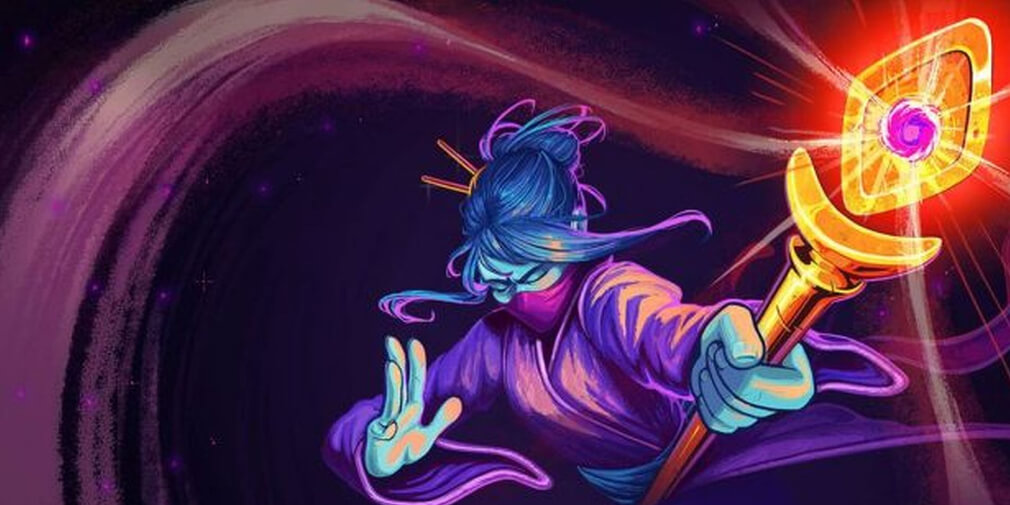 The Watcher is a martial arts-like character focusing on stances and fluid combat. She starts out with 72 HP and the Pure Water Relic, which adds a Miracle card to your hand when you enter battle.

Pressure Points is an interesting but powerful type of debuff. Somewhat like Poison, it ignores any blocking and is added to targets directly. Keep playing the card to maximize its effect and upgrade when you can.
Conclude is a strong attack card to have in your deck. When it appears in your hand, you should play it last to negate the negative side while also doing good damage. Since it's cheap to use, it's worth upgrading.
Blasphemy is the definition of a Hail Mary move. This is meant as a last resort but that makes it perfect to use against bosses, especially if you're running low on health and armor. 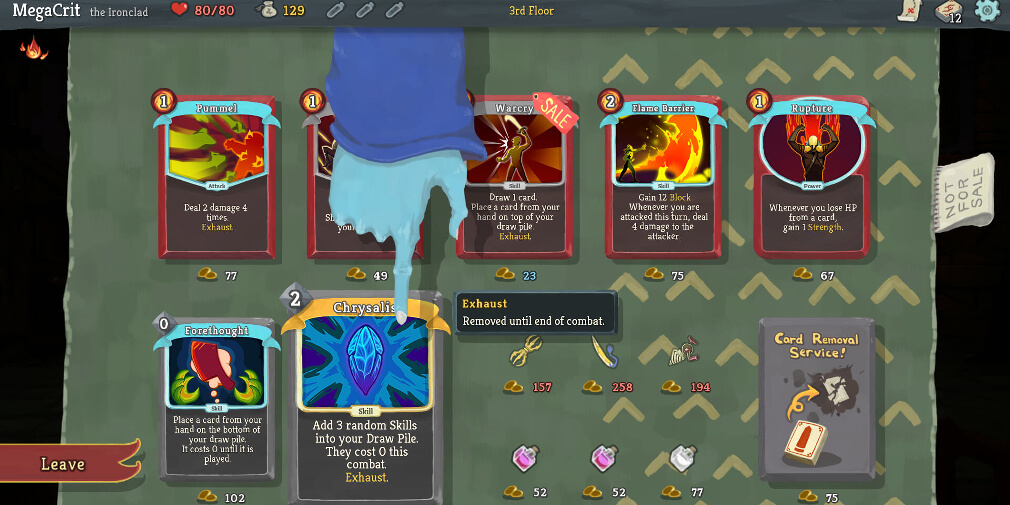 These cards are available for any character to use in a variety of ways. They're the only type that can't be gained at the end of battles and instead have to be found, bought, or added to your deck through the use of other cards.

Enlightenment is a very handy card that can keep your energy costs low until you find the proper Relics or cards. Since it costs nothing, there's no downside to using it, and should be kept in rotation.
Sadistic Nature is perfect since you're likely to collect a lot of debuff cards. It's easy to stack debuffs on enemies since they ignore blocking. Once that's done, this card proves to be quite powerful.
Apotheosis is a one-time per battle use card, but it's worth it. It instantly buffs every single one of your cards for the rest of the fight and takes itself out of rotation to make space.

With this, we are closing down Slay the Spire tier list. Note that we will update this tier list with new cards and whenever a rebalance patch is out, so stay tuned.

0/5
Next Up :
World Flipper tier list and a reroll guide