Royale Pass Season 18 of PUBG Mobile has commenced today with exciting new missions and collectable items and much more, along with the version 1.3 “HUNDRED RHYTHMS” update. This update is one of the most awaited one as the game is adding a lot of extra features to celebrate its 3rd Anniversary.

Players can now head in-game to buy the Royale Pass for Season 18 and complete the newly added missions to grab the exclusive rewards. Players who bought Royale Pass Season 18 can select two sets of ranked rewards to unlock through in-game challenges. Start grinding the fresh new content and complete them swiftly to claim the rewards exclusive for the Pass buyers.

Previously we have discussed the events, new features and additions like new weapons, vehicles, game modes and more in a previous article, this update will add an extra adventurous event, also special AUG, Kar-98K and violin music set skin. 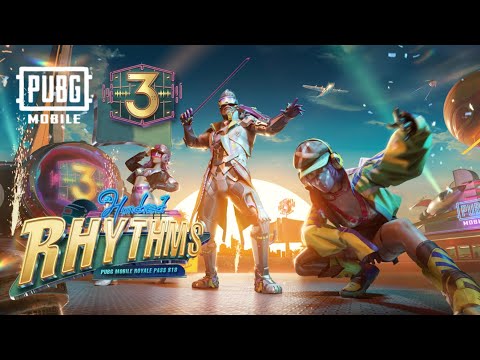 While starting the new event, players will encounter a violin-playing character accompanied by four ladies. A new item, Adventure Vouchers will be ready to redeem which can be exchanged for multiple ranked rewards.

In order to make their third anniversary more exciting and memorable World-renowned superstar DJs, Alesso and Lost Frequencies are coming to heat up the scene. Both DJ’s will debut new singles in PUBG MOBILE and will give an in-game live performance on March 21st.

The performance will be live on Youtube, so remember to join at 11 a.m. UTC in-game and 1 p.m. UTC on YouTube to witness the exciting performance. Also, stay tuned to their official social handles to get the information regarding the announcement of the third unknown DJ.

Looking for more shooters to play on your phone? Here are 15 of the best available for iPhone and iPad.
Next Up :
CROSSFIRE: Warzone adds new Sudden Breach content and other quality-of-life improvements in latest update