PUBG Mobile has debuted the newest season of its Royale Pass, dubbed Traverse. The new season of the famed mobile battle royale game introduces a microscopic world for you to explore, as well as new badges, gear and missions to play. The update is available now on iOS and Android.

The new Season 19 Royale Pass includes new rewards for each of the 100 ranks, many of which are highlighted in the teaser trailer linked below. You’re able to grab new finishes for the Mini 14, AKM, Thompson and Motorcycle. 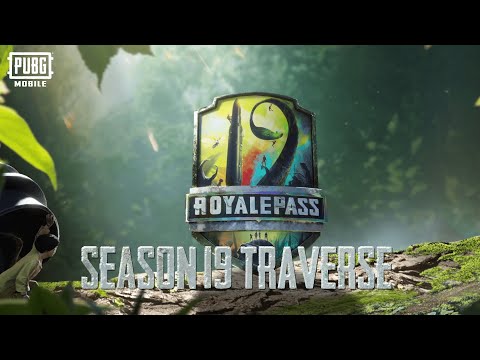 Meanwhile, RP Badges are also now available, where you can show off your progression in the current Royale Pass to other players in the same match. It will also include special privileges for certain badges in the future, and more information for that will be available in the future.

That’s not all, as Season 19 for PUBG Mobile will also transform you into a miniature insect player in a series of special game modes found on the Erangel map. In this mode, you fight other insect players with special weapons, and cannot be killed with normal weapons except for pans. This event begins on 9th June.

Finally, PUBG Mobile has partnered up with Godzilla vs Kong to bring the two epic Kaiju into the game as companions. You can unlock these companions from the Lucky Spin and bring them into battle with you.

PUBG Mobile is available to download from the iOS App Store and the Google Play for Android store, where it is a free to play game with in-app purchases.

Check out some of our favourite shooter games on iOS platforms if you're some new games to play.
Next Up :
Blue Archive's An Unconcealed Heart story event is now live