The Ultra Beasts may have just entered the Pokémon Go universe right now, but their arrival has also brought about the conclusion of the Season of Light. Jirachi is said to grant a wish every thousand years if it is awoken by the song of purity but Season 9 of Pokémon Go will allow for wishes after wishes as it has aptly been titled Mythical Wishes.

Say hello to Pokémon Go’s Season 9: Mythical Wishes, which will run from December 1st to March 1st. It promises to be action-packed like its predecessors with the Make a Wish! Storyline running throughout the season. Over the four months, we will also celebrate Christmas, the Lunar New Year, and Valentine’s Day with special events.

Now, let’s launch into this season by looking at all of December’s offerings.

Kicking off the raids this month are Virizion and Mega Abomasnow. They will be followed by Terrakion and Mega Aggron mid-month. In the latter half of December, players will find in raids Cobalion, Mega Glalie, and the powerful and legendary Pokémon Kyurem. 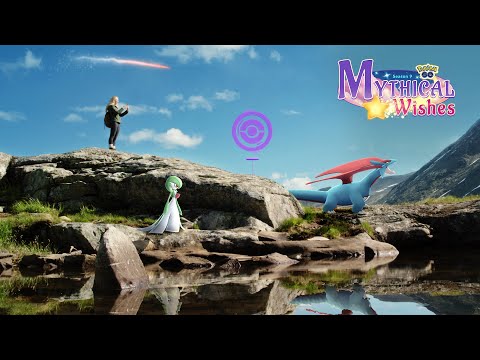 Spotlight Hours are held every Tuesday from 6:00 pm to 7:00 pm local time. This month’s spotlight Pokémon and bonuses are:

Just like last December, this year will close with the return of all Community Day Pokémon featured in 2021 and 2022 over the weekend of December 17th and 18th.

Beginning December 3rd, the Pokémon Go Tour 2023 kicks off with a trip back to the original Hoenn region. A few Pokémon from this region will also be available on Mega Raids on the 3rd so keep an eye out.

Besides this, expect events focussed on the holiday season as we draw nearer to Christmas and the New Year.

It’s about to be an exciting month on Pokémon Go so quickly download it now for free.

Next Up :
Pocket Styler has collaborated with David Koma to launch his new Resort 2023 line virtually