After launching pre-registration for Play Together a couple of weeks ago, Haegin has now released the title for iOS and Android devices.

Play Together is a casual, arcade-based mobile social networking game intended for all ages. It’s set in a sandbox open world called Kaia Island, with activities that combine minigames, customisation, and socialising features together into a social platform to interact with. 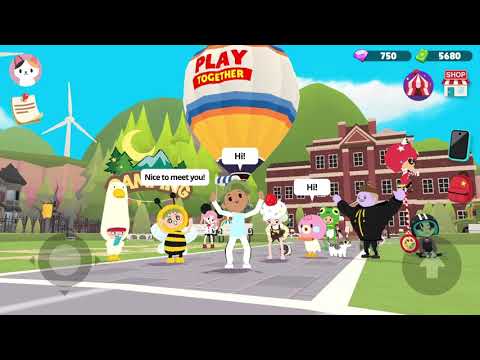 On this island you make friends with other players from all over the world, and experience the various aspects of daily life as you would in the real world. To make the game as accessible as possible, Play Together also features adorable 3D graphics and easy controls.

You’re free to do whatever you want in this world. The minigames include fun activities such as fishing, camping, or socialising with other players at parties and hangouts.

If you feel you have a particularly colourful and unique personality, you can also express this by using decorative items that are obtained or purchased from various in-game stores and locations, which in turn allow you to customise your character and house.

Play Together had previously had a soft launch in Southeast Asia and several European countries, at one point making its way into the top 3 games chart in Singapore on both the App Store and Google Play, but this releases marks the launch of the game on a global scale. As time goes on, more updates will come to the game based on player feedback and growth.

You can download Play Together now from the iOS App Store and the Google Play for Android store, where it is a free to play title containing adverts and in-app purchases.

Have a look at our list which details some of the best multiplayer games on iPhone and iPad if you're after any more recommendations.
Next Up :
Rebel Riders is a new PvP action game from King, currently playtesting in select countries for Android