The virtual K-pop girl group is releasing All Out on 6th November, but Riot Games is releasing new content a week beforehand for fans to check out.

Starting on 28th October, Legends of Runeterra players will receive the K/DA ALL OUT Event Pass for free, which rewards them with a full set of epic spell cards inspired by members of the group; Ahri, Akali, Evelynn, Kai’Sa, and their newest collaborator, Seraphine. These cards come to Runeterra as a permanent update. The event pass can also be upgraded to include a brand new Guardian called Stellacorn.

Also coming to Runeterra is an all-new game mode called K/DA Star Power, where players choose from five decks, inspired by the band members, with each one having unique always-on abilities that complement the featured spell. 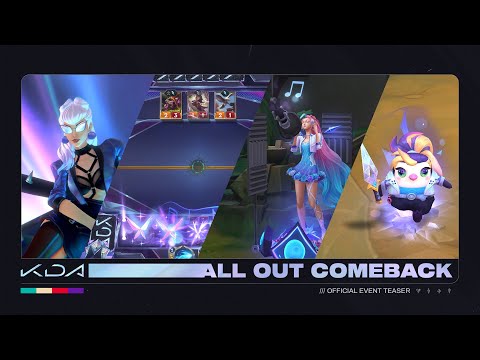 In Teamfight Tactics, players can purchase new Little Legends variants for Featherknight, Hushtail, Squink, Furyhorn and Lightcharger, each one coming in two skins based on K/DA's original look and the new All Out EP.

K/DA is a K-pop girl group formed by Riot Games and was originally featured in League of Legends in 2018, featuring themed versions of champions from the online PC game. Although considered a K-pop band, the group has recently focused its musical identity on a more worldwide appeal with a bigger focus on the characters, Ahri, Evelynn, Akali, and Kai/Sa, instead of any individual vocals. All Out is their first EP album.

Check out more of the best fighting games available on iPhone and iPad in our list.
Next Up :
Cats&Soup, the charming idle game where you make soup with cats, surpasses five million downloads