NetEase has announced its mobile RPG, Identity V, will be getting a crossover with Death Note at the end of the month. The new collaboration update will be hitting the game on 27th May.

In this crossover, characters from the acclaimed Death Note series will enter the manor. This includes Light Yagami, Ryuk, L, and Misa Amane. You will assist these characters in investigating a series of bizarre deaths in the manor, and through a wealth of events, you feel the circumstance of the original work, search for key clues, and find the truth about the Death Note. 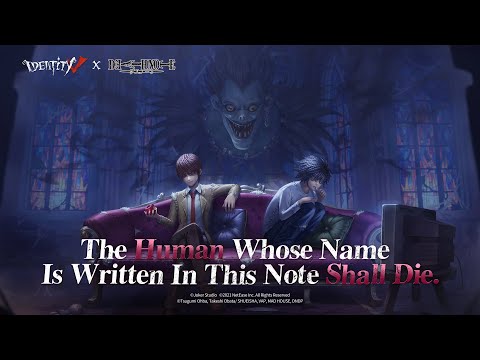 The announcement of the Death Note crossover in Identity V came during the NetEase Connect 2021 conference, which occurred today, revealing new information about upcoming NetEase products and games that are coming to mobile.

Identity V is a 1v4 asymmetrical horror mobile game where a team of four survivors play against a lone hunter. The survivors must cooperate with each other, decode puzzles, open the gate and escape, while the hunter’s objective is to catch and kill the survivors.

Death Note, meanwhile, was a manga series about a teenager who receives an otherworldly notebook with the magical ability to kill anyone whose name is written in its pages. The series centres around Light Yagami’s ownership of this notebook, and follows his attempts to use the notebook to create a new world order free of crime, while also following L, a police detective who sets out to catch Yagami.

Death Note has since been adapted into an anime series, several Japanese films, an American remake and even a stage musical.

You can download Identity V from the iOS App Store and on the Google Play for Android store. It’s a free to play game with in-app purchases.

You can head over to the PocketGamer LaunchPad hub to find all of our exclusive announcements from our two-day event - and don't forget to tune in at 5PM UK Time for our amazing reveal stream!
Next Up :
Fortnite v21.20 update brings New Indiana Jones skin set, Charge SMG, and more