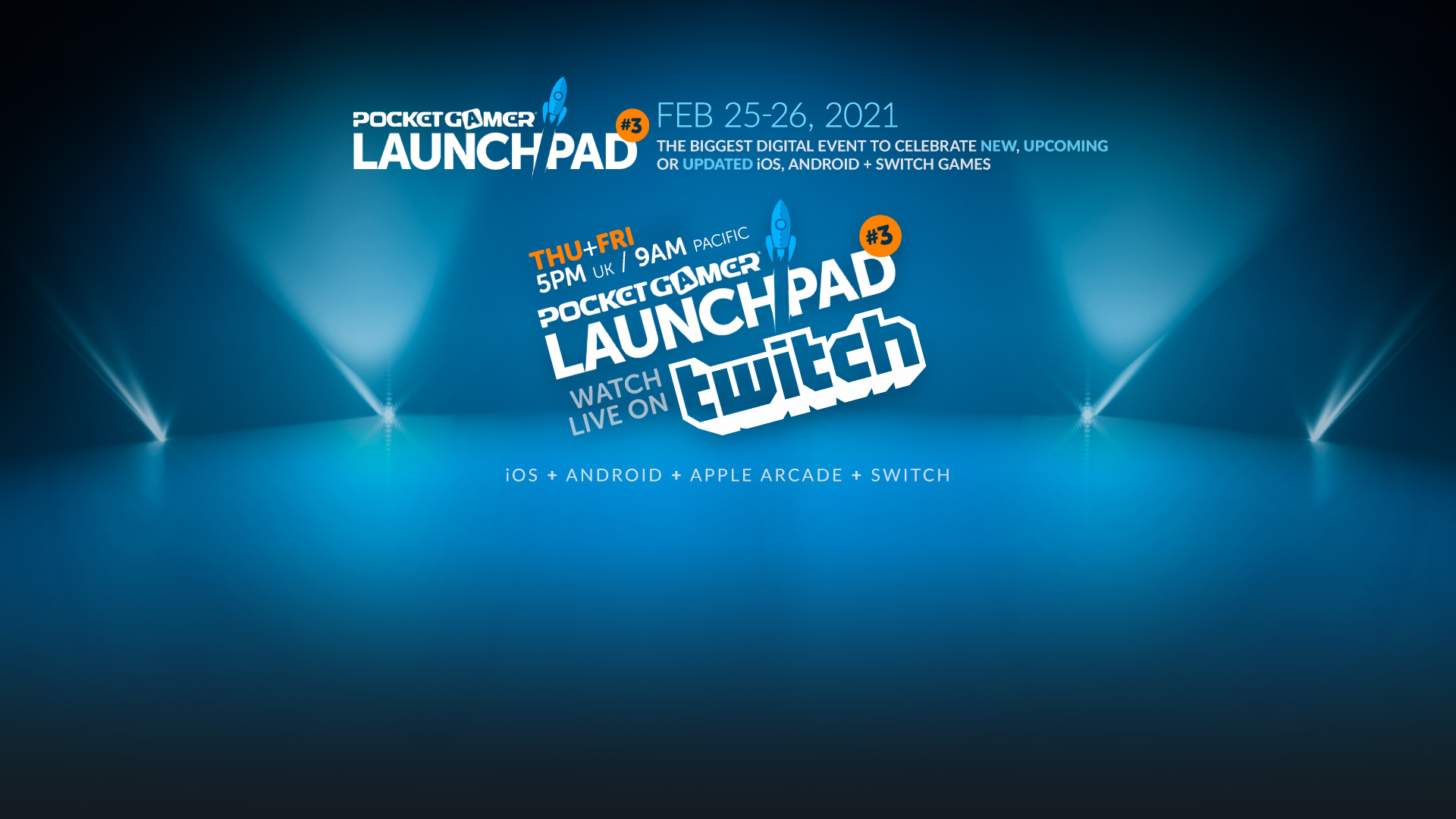 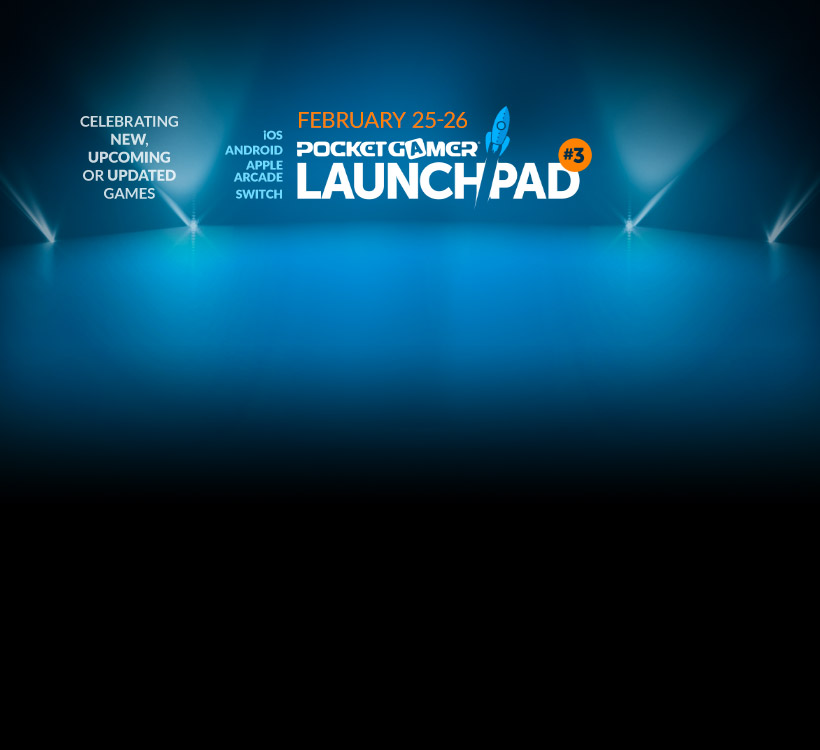 Pocket Gamer LaunchPad is a series of digital events designed to celebrate new, upcoming or updated iOS and Android games. Each one takes place across multiple sites, streams, social media and other channels. It offers a brand new way for publishers and developers to create buzz around their games to a massive audience, be they recent launches, upcoming titles, significant updates to existing games. We're planning four LaunchPad events in 2021, with our next event running from February 25th-26th. We also have provisional dates for May, August and November events.

Why is Pocket Gamer doing this?

Whilst the console and PC industries have multiple editorial 'launch' events throughout the year, such as E3, Gamescom, EGLX, Rezzed etc, mobile games have never really had their own, and even when they do appear at these larger events, they are usually overshadowed or treated as second class citizens. We think this disrespect has gone on too long, especially now that the mobile games industry is by far the biggest part of the games industry (almost half the overall value and way bigger than either PC or console).

Obviously, the event is being led by Pocket Gamer but it is also backed by the Enthusiast Gaming Network, currently, the largest games media network in the world which reaches over 200M gamers p/month through its network of leading sites such as the Escapist, Destructoid, Nintendo Enthusiast and more.

How does it work on the day?

We’ll run a central editorial channel on PocketGamer.com that will fill up with news, interviews, videos and more throughout each day, starting from 9am UK TIME. Then, from 5pm-7pm UK TIME we’ll run a live video stream full of announcements, showcases, hands-on plays and developer interviews as well as some cool offers and giveaways. We’ll also have a live Discord chat group where players can discuss the games with each other, our team and developers themselves.

We'll have more details on when the next event will be taking place soon, to ensure that you are the first to know you need to:
> Sign up to our newsletter
> Subscribe to our YouTube channel
> Join the new Discord
N.B. By signing up you’ll also be first to know about offers and competitions throughout the LaunchPad event.

I’m a developer, how do I get involved?

There are plenty of opportunities for Publishers and Developers to promote their game as a partner or sponsor. If you have a game that's in development that you'd like to announce, a recent launch or even a major update or offer, please fill out the details on this form and we’ll be in touch. We even have a special segment specifically for showcasing Indie developers!

N.B. Any information shared here will be considered embargoed and we will NOT share this information on our channels without your permission. SIGN UP

How successful were LaunchPad events in 2020?

Here's a visual recap of the numbers involved in the inaugural Pocket Gamer LaunchPad... 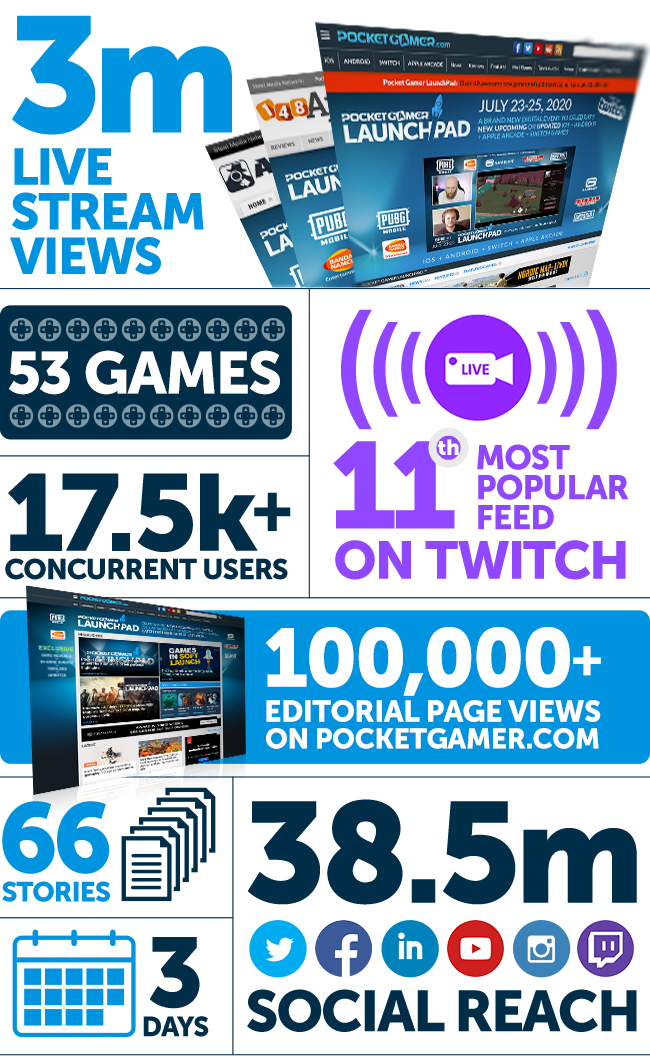 Ready to be a part of the next one?!