miHoYo has announced that it will release version 5.2 for Honkai Impact 3rd on October 21st in an update called Infinite Future. It will introduce another chapter and two new battlesuits, including the first IMG-type A-rank suit. The developer also announced that the action RPG is making the jump over to PC on Steam soon.

The two new battlesuits introduced in this update are Raven's Midnight Absinthe and Mobius' Infinite Ouroboros. Midnight Absinthe will be the first IMG-type A-Rank battlesuit in Honkai Impact and, as such, will bring a different playstyle to combat. It has neutral interactions with BIO, PSY, and MECH-types but counters other IMG units whilst being weak to the QUA-type. 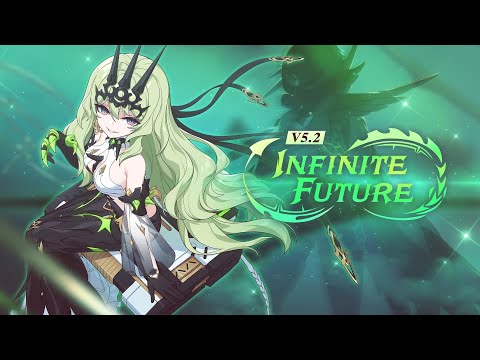 Raven fights with a combination of martial arts and archery, alongside a mechanic that provides buffs and SP by picking up the feathers that float to the ground after a Basic ATK and QTE. Additionally, upon defeating an enemy, they will drop Bounty Coins that heal Raven if she picks them up.

Meanwhile, Mobius' Infinite Ouroboros S-rank battlesuit can chain Special ATKs into an enhanced Basic ATK. It will be an easy to execute combo that won't demand quick reflexes from players. Both new characters will have additional weapons and stigma sets to collect.

The latest chapter to arrive in Honkai Impact 3rd is called The Birth of Tragedy. Surprisingly, Overseer Otto is leaving Schicksal and its wealth and power behind. Throughout the chapter, players will explore the world of Kolosten, Schickal's former HQ to uncover the truth behind Otto's sudden departure.

Honkai Impact 3rd is available now over on the App Store and Google Play. It is a free-to-play game with in-app purchases.

Looking for more excellent RPGs to play on your phone? Here are 25 of the best available for iPhone and iPad
Next Up :
Ninja Must Die is an upcoming combat-focused action runner with stylish ink-based visuals, now open for pre-registration