It's an unusual crossover, to say the least

miHoYo's popular action title Honkai Impact 3rd is set to be updated to version 4.4 tomorrow on iOS Android and PC. It will see the arrival of a new S-rank battlesuit. To celebrate, they have teamed up with Russian figure skating world champion Evgenia Medvedeva to play the battlesuit, Dea Anchora, in a short film.

The figure skating clip can be watched in the embedded video below. It sees the Russian figure skating champion in full Dea Anchora cosplay as she displays her ice skating talents. It's certainly an unusual collaboration but it's also nice to see world champion-level sports folk being celebrated. 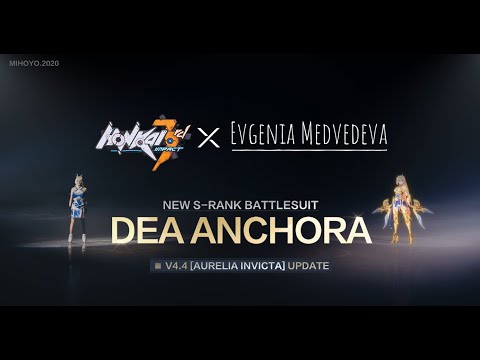 According to miHoYo, the short film is intended to portray the union of beauty and strength alongside the spirit of the Valkyries, which is to surpass their own limits as they battle for everything beautiful in the world. It's a strangely poetic creation considering the game is about cel-shaded mechs unleashing endless combinations on one another.

The Aurelia Invicta update itself will add the aforementioned S-rank Dea Anchora battlesuit to Honkai Impact 3rd. She is a BIO melee suit that deals a lot of Fire damage through a mixture of hand-to-hand combat and lance fighting. 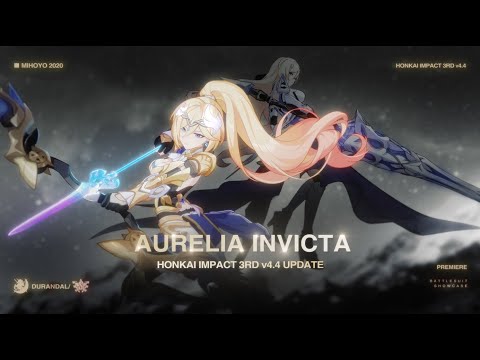 The suit also has an Astral Harness form that will significantly increase her damage output by allowing her to cast multi-hit Ultimates repeatedly. There will also be a new event called Stellar Mythos and story level named Story Chapter XXI [Wings of Reawakening] to play that will net players new outfit, a new stigma, Crystals and more upon completion.

On the hunt for more top-tier RPGs to play on your phone? Here are 25 of the best available for iPhone and iPad
Next Up :
Fortnite v21.20 update brings New Indiana Jones skin set, Charge SMG, and more