As we enter the final phase of Genshin Impact’s version 3.2 – Akasha Pulses, the Kalpa Flame Rises, it’s time to begin preparing for the next update. Hoyoverse has just revealed details about their adventure RPG’s future as version 3.3 – All Senses Clear, All Existence Void, is hitting the floor on December 7th.

Although Sumeru’s storyline concluded with the previous update, the new version will bring with it a series of events, more stories, challenges, two new characters – Wanderer and Faruzan, and the biggest inclusion being the much-awaited trading card game. Let’s take a look at all of this. 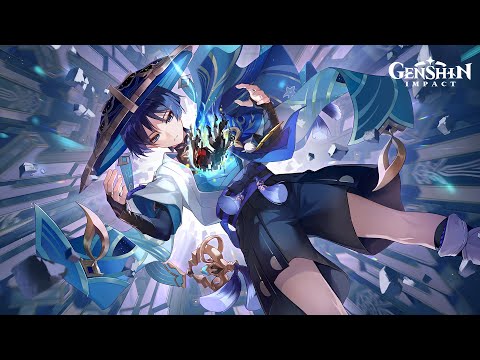 Genshin Impact’s trading card game, called Genius Invokation TCG has been teased for quite some time and it is finally releasing next month. Like other TCGs, it is a strategy game based on Genshin’s element-based system. A player wins when they defeat their opponent’s character cards with normal attacks, elemental skills, and elemental bursts.

Meanwhile, the man-made god, Scaramouche was beaten in the Archon Quest main story. Now referred to as the Wanderer, she has chosen a better path under Nahida’s custody. This new character’s story is unveiled in the upcoming Archon Quest Interlude Chapter Inversion of Genesis, which sees players go to Irminsul.

The Wanderer is a five-star Anemo catalyst wielder and alongside her comes Faruzan, a four-star Anemo archer. She is an ageless Akademiya that excels in mathematics. Her bow deals both Anemo damage bonuses and weakens the enemies’ Anemo Resistance. The two of them will be available in the first phase of the update alongside Arataki Itto’s return, while the remainder will be Raiden Shogun and Kamisato Ayato come back.

Finally, the update will feature special events like Akitsu Kimodameshi with brick-breaker minigames, Across the Wilderness event, and refreshed versions of the hide-and-seek Windtrace and Misty Dungeon too.

Get ready for this exciting new update by downloading Genshin Impact now for free.

Next Up :
Neural Cloud is out now on iOS and Android with a special main theme collaboration with Owl City