Time to tackle your formidophobia

Garena has revealed that Free Fire is getting a new Elite Pass and it’s going to be no joke. The Elite Pass is called Wildland Walkers and the developers have asked all survivors to be prepared for it, especially those with formidophobia.

Formidophobia is essentially the fear of scarecrows, or basically anything non-human with human-like characteristics. I mean, who likes scarecrows anyway? They’re scary! There’s literally a DC villain called Scarecrow for the same reason.

Regardless of your position on scarecrows, this new Elite Pass in Free Fire is going to be full of them and scarecrow-themed rewards too. 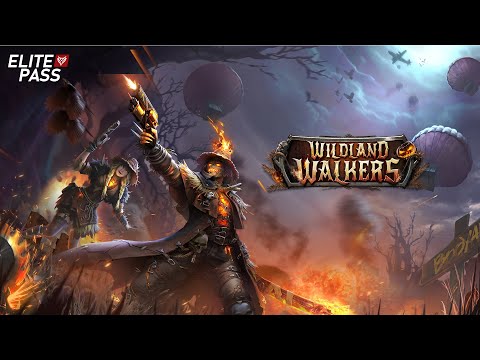 The inspiration for Wildland Walkers comes from scarecrows in all the classic horror movies, a scary human covered up with straws and hay. The game takes inspiration from these creepy characters and uses a combination of flames and straws that embodies the immortality and fury that burns inside of the hearts of two of the games bundles - The Blazing Scarecrow (Male) and The Fiery Scarecrow (Female).

If that isn’t intimidating enough for you, then go and earn additional skins through the Walker’s Fury box skin, the Wicked Broomstick surfboard skin, the Wildland Slasher machete skin, Wildland Walkers-themed pickup truck skin, and the Lantern of Doom backpack skin. You may also win other rewards like two in-game avatars, two in-game banners, the Scarecrow Treatment gun and an emote called “The Walker”.

Garena chose to design the Wildland Walkers Elite Pass using a blend of mid-century wind coat-style clothing along with design elements of a typical hunter’s clothing. This helped give both the upcoming bundles - The Blazing Scarecrow and The Fiery Scarecrow their own unique identities, ensuring that they both frightened all the survivors in their own distinctive way.

If scarecrows don't scare you, or you have tackled your formidophobia, then download Garena Free Fire now for free on the iOS App Store and Google Play Store.

Also, check out the top 15 best battle royales for Android phones!
Next Up :
FORESTOPIA is welcoming dogs and cats into the cosy island sim in its holiday-themed winter update