You're a fan of Fortnite, but you're bored of it and looking for something a bit different? These seven mobile games similar to Fortnite will do the trick.

Though the now classic film Battle Royale came out years ago, the concept has only recently exploded in the world of gaming. This is primarily thanks to the popular Fortnite from Epic Games. It has grown from a cartoon multiplayer experience to one of the most highly competitive battle royale games being played professionally. Though its star power may have waned in years, it continues to maintain a strong player base with new updates, seasons, and content being released seemingly every month. With such great success, there are those who would try to follow the formula.

While the battle royale aspect of Fortnite is definitely one of its defining features, it's not what it's all about. In addition to weapons, players also have access to a variety of utility items and materials to find and harvest around the map. By using these, they can create huge defenses or "forts" to provide instant cover should they enter a firefight out in the open. This gives the game both crafting and survival-like elements. Although Fortnite is currently available to play on both Android and iOS, there are several other titles you can look to if you're looking for a different, yet familiar, experience. 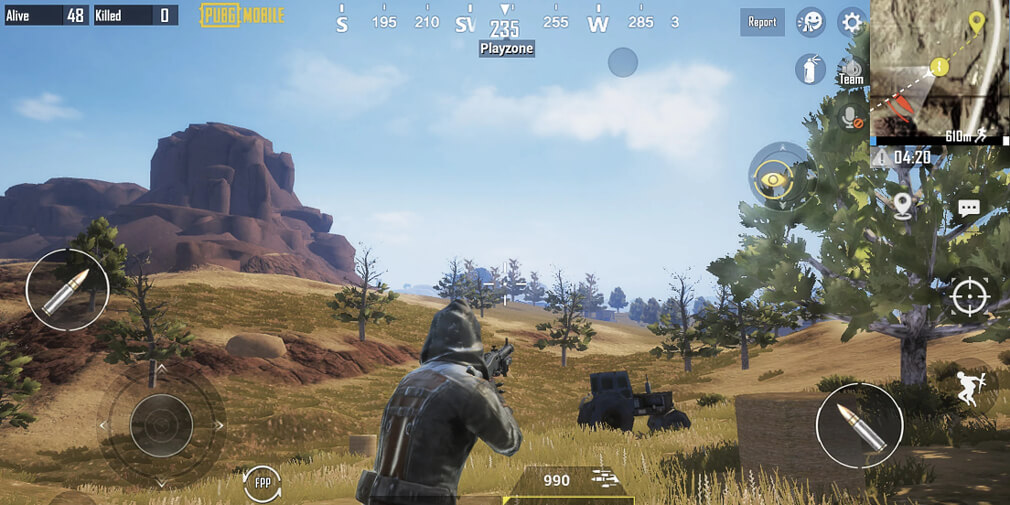 It wasn't long before another battle royale game captured the attention of players and that was Player Unknown Battlegrounds. In stark contrast to Fortnite, the game was presented as far grittier and more realistic. Of course, this didn't mean it wasn't ripe for comical behaviour as players learned the mechanics and got used to the grounded environments. It started on PC before becoming accessible on mobile and still maintains a huge player base. This is a battle royale title for those wanting a more competitive and intense battle royale experience. 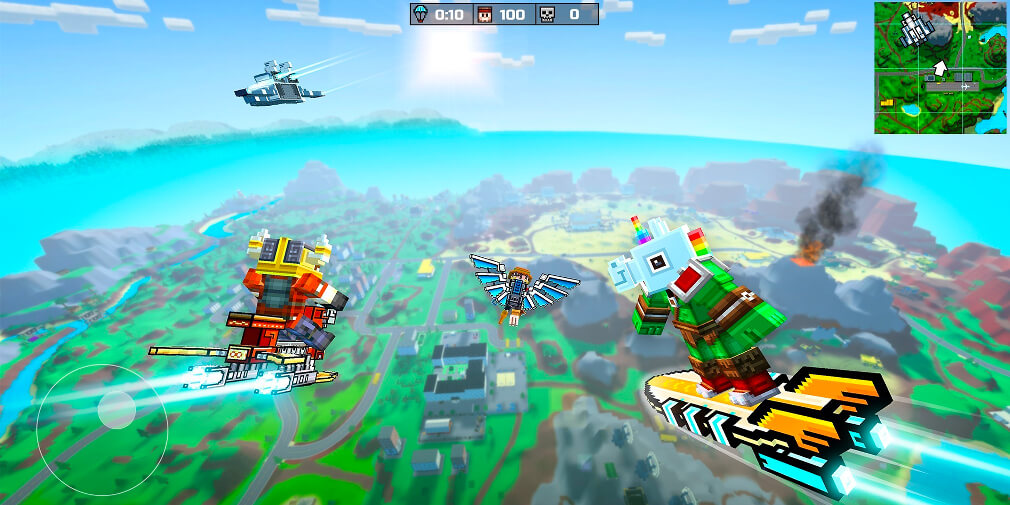 Minecraft already presents a hostile world despite its colourful and blocky appearance. You can play alone or online with no guarantees that other players won't try to ruin your day. Some devs saw this and took the Minecraft visuals and paired it with the battle royale scenario that is Pixel Gun 3D. Not only can you customize your character, but you'll have access to a variety of blocky weapons and gadgets. Considering that the firefights can occur on open plains, across highlands, and even in tall towers, you'll need every tool you can get to give yourself an edge. 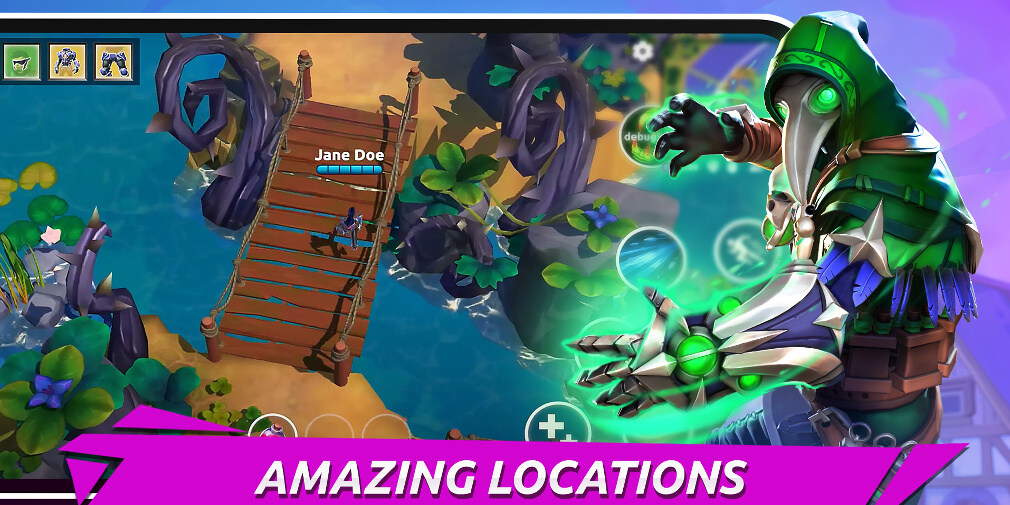 Fortnite started a trend of battle royale games that focused on shooting, but that can be limiting or overused when devs aren't careful. That's why it's important to look to games like FOG for some variety. This title takes inspiration from DOTA 2 and League Of Legends but in a battle royale setting. In a land of fantasy surrounded by a deadly fog, you'll have to battle it out with other players seeking to control the realm. As you prepare, you can outfit your hero with the right gear and abilities as you decide their appearance. Stay out of the fog and challenge opponents while grabbing whatever treasure you can. 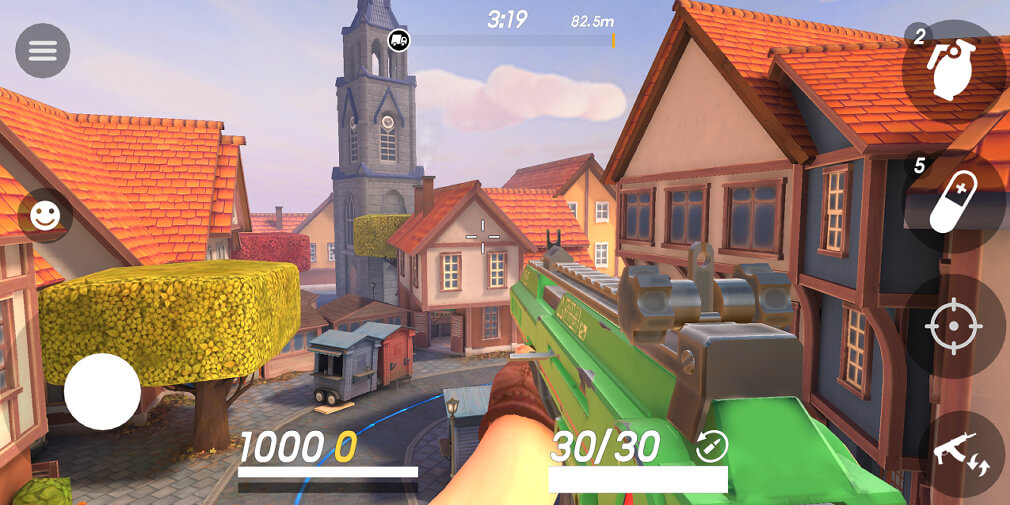 When it comes to fast games, especially on mobile, wacky and stylized is able to draw a lot of attention. It's one of the reasons Fortnite has such a broad appeal and Guns Of Boom has followed suit. There's a huge emphasis on vanity with the sheer number of costumes, cosmetics, and physical features you can apply to your character. Although the game is an FPS, there won't be many dull moments while running through the cartoon town streets. You'll see a parade of festive opponents providing clear targets as you open fire with customized weaponry. Its cartoonish style is what really reminded us of Fortnite the first time we saw it. 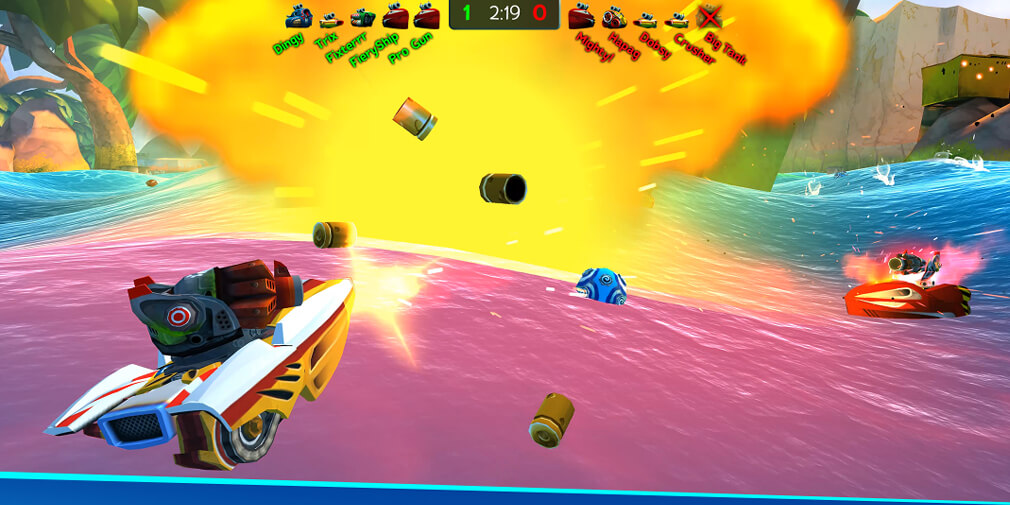 While the concept of a battle royale may evoke a number of different images, most of them are likely about soldiers fighting in an open field. It's not usual to stop and consider that these battles may involve something with a bit more force. That's what Battle Bay showcases with its nautical setting. You get to pick one of many boat models and then outfit them however you want. Once you're satisfied, take it out on the open water to play a very fast and flashy version of Battleship, where it's your vessel against all other enemy ships. 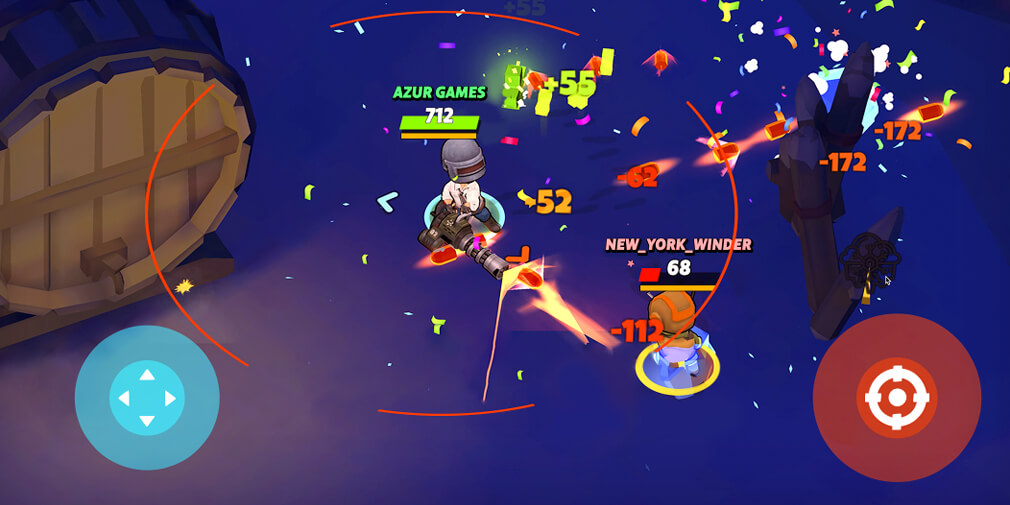 There are a lot of FPS games out there, but there's value in being able to see your full character dishing it out and taking hits. A third-person perspective can be quite effective in a game set on a huge battlefield with enemies on all sides. This is what Warriors.io aims to accomplish with its gameplay and presentation. With some references to both Fortnite and PUBG, this game is much quicker and more casual. You control a little custom soldier with a well-defined attack radius who needs to stay on the move. Keep going, fire off every weapon you pick up, and never take your eyes off the target. 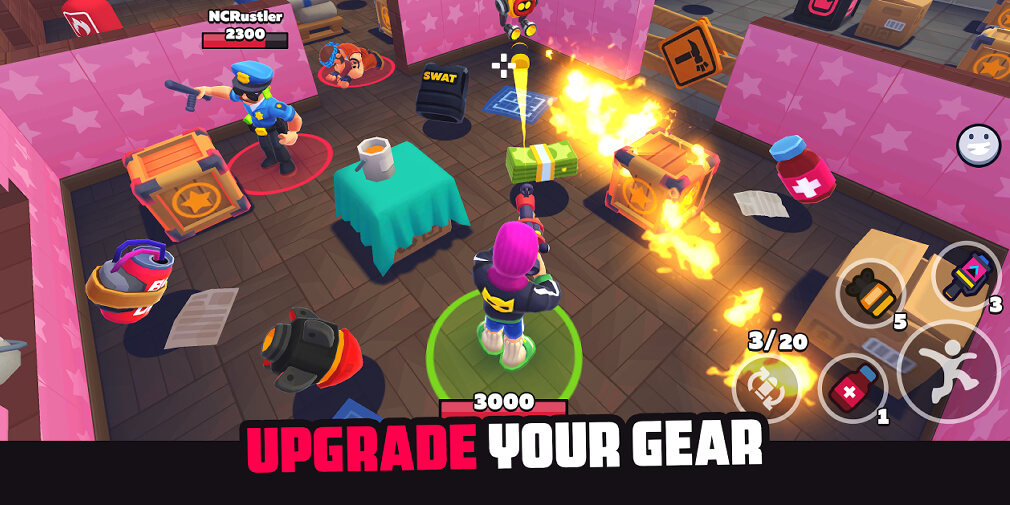 Sometimes the name that is most memorable is one that is ironic. The game HAPPY ZONE embodies that as the average person would not be happy in a real battle royale experience. With a bulky and rounded character, this is one of the more cheerful-looking battle royales out there. The projectiles are colourful and chunky while the explosives are huge and round as if they were delivered by ACME itself. Fire bullets, launch missiles, throw grenades and even mess around with drones all in a bid to be the last big-headed fighter standing. With this one, we are closing off our list of mobile games like Fortnite. If you have some other suggestions leave a comment below!

Fortnite is celebrating its fifth birthday with new quests, rewards, and the fortography event

Fortnite is celebrating C3S4: Paradise's launch with the Reboot Rally

Fortnite Chapter 3: Season 4: Paradise is here to Chrome-ify everything with battle pass including Spider-Gwen and The Paradigm