Cookie Run: Kingdom fans have reason to celebrate as another update has dropped into the adorable Cookie Kingdom. This time, players can expect two new cookies to join the squad, a new story mission, and updates to the arena.

Kicking things off is the Wildberry Cookie, an Epic Defence Cookie who leads from the front. Filled with berries to the brim, Wildberry Cookie is Hollyberry Cookie’s bodyguard and will do anything to protect the kingdom. He has been voiced by Kamran Nikhad (Marvel Avengers Academy) in English, Tomoaki Maeno (Cells at Work!, Genshin Impact, Spider-man) in Japanese, and Bok-hyun Han in Korean. 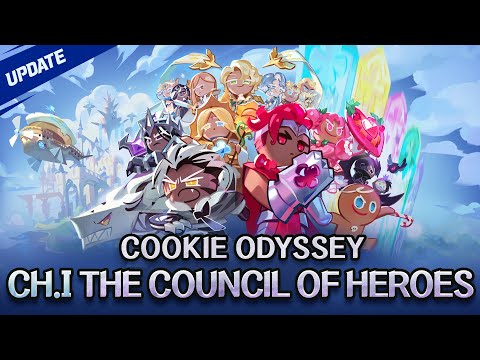 The second Cookie being introduced is Clotted Cream Cookie, another Epic Cookie, that belongs to the Magic class that is present in the middle of the squad. With its shiny golden hair, this handsome Cookie is the youngest addition to the Council of Nine Elders and the Consul of Crème Republic. Giving this character its voice is Aarom Dimsuke (Fullmetal Alchemist, My Hero Academia) in English, Akira Ishida (Naruto, Genshin Impact) in Japanese, and Kim Ji-yul (Demon Slayer, The God of High School) in Korean.

The main story of Cookie Run: Kingdom is also expanding with the addition of The Cookie Odyssey. Dark Enchantress Cookie’s threat looms over the kingdom and Pure Vanilla Cookie has summoned the council of Ancient Heroes to protect them. As the story progresses, we will learn more about these heroes and how they will save the world. On May 3rd, players will be able to enjoy the beginning, called The Republic Trilogy.

Try your luck out at adding these Cookies to your squad by downloading Cookie Run: Kingdom for free on the App Store and Google Play.

On the hunt for more Gacha games? Why not take a gander at some of the best Gacha games for mobile?
Next Up :
Pokemon Go May 2022 calendar - More raids, events, and legendary Pokemon to catch