Brawl Stars has been bitten by the love bug this month as Supercell drops a bittersweet new animated clip on love in all its forms. The action-packed 3v3 multiplayer title on mobile is serenading hearts with its hilarious V-day tribute that's filled with all kinds of sparks (in more ways than one).

In Brawl Stars' Valentine's Day cinematic titled "My Sweet Brawlentine", players follow the tale of Rico and his electrifying quest for true love. Adding to the romance is the emotional melody of Boyz II Men's “On Bended Knee”, emphasising all the feels of the clip with its classic tune. In the adorable clip, we see Rico unleash his softer and more romantic side with a lovestruck journey that begins on a rainy night. After all, even gumball machines need love too, right? 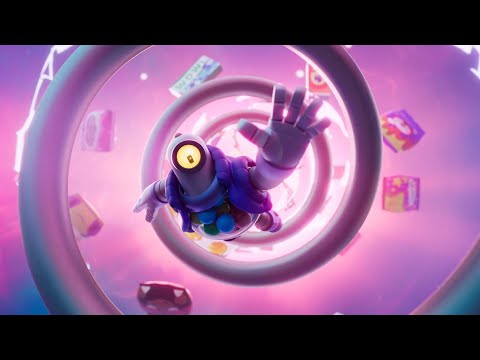 You can catch the lovely video clip in the embedded footage above, as made by Supercell’s in-house creative team in partnership with Psyop. You can also have a look at the previous animated featurettes they've made in the past with other Brawlers, which includes Barley’s Last Call and Piper’s Sugar and Spice (both clips have generated a whopping 365 million views). While you're at it, you can also check out their short film Lost & Crowned from Supercell’s Clash of Clans and Clash Royale.

If you're eager to know more, you can download Brawl Stars on the Google Play Store for Android devices and on the iOS App Store. You can also visit the official website for more info, or join the community of followers over on the official Twitter page to stay updated on all the latest developments as well.

Are you on the lookout for more multiplayer titles that will put your skills to the test on your mobile device? Why not take a gander at our list of the top 28 best multiplayer games for Android phones and tablets?

Next Up :
Final Fantasy Brave Exvius is collaborating with the classic RPG Xenogears for a limited-time event