Agate Studios has released not one but two Halloween events for their RPG Code Atma this spooky season. They include the Tower of Tricks and Labyrinth of Treats, with the former being available from now until November 3rd.

It will tasks players with beating floors that are home to some tough battles. Each day three new floors will get added, and the difficulty will increase. Successfully winning these fights will earn players Jack-o-cookies that can be exchanged at the Trick and Treat event store. Additionally, players who reach the tower's top floor will win an exclusive Chibi Nana Avatar with Halloween Frame. 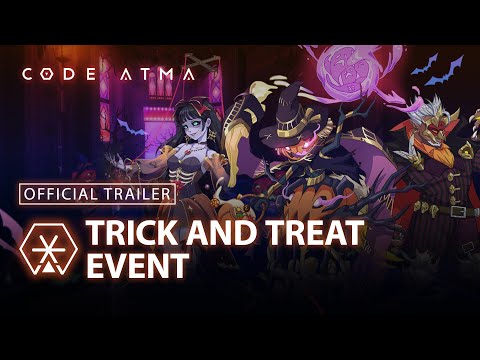 Then, from October 20th, the Labyrinth of Treats will open. Here, players will follow the path until they find the Challenge Room. Housed within are several extraordinary and powerful enemies alongside a special reward if you manage to defeat these foes.

Beyond the events themselves, Agate Studio has introduced two new summon banners for Lampir 5-star + Rahwana 5-star and Wisanggeni 5-star + Antasena 5-star. There are also two limited Halloween-themed skins; Marionette Noni and Vampire Rahwana. There are also various package deals available for those who are interested.

If you're unfamiliar with Code Atma, it is an RPG that takes place in a supernatural world where technology meets ancient beliefs. Players take on the role of a Seeker, an individual who utilises tech to fight in a war that most of humanity is completely oblivious to. The game didn't get off to the best start after the release had to be delayed because the servers couldn't handle player demand.

Code Atma is available now over on the App Store and Google Play. It is a free-to-play game with in-app purchases.

On the hunt for more excellent RPGs to play on your phone? Here are 25 of the best available for iPhone and iPad

Hundred Days shows you the ropes on how to become a winemaking tycoon, out now on iOS and Android