Welcome to PocketGamer's Illusion Connect Tier List! When you start playing Illusion Connect, you want to have the best head start possible - you want a powerful lineup that can help you get to the late game, and that can easily defeat all the Nightmares and bosses that lie ahead. I can't stress just how important it is to have some powerful partners by your side. For that reason, this Illusion Connect tier list is going to be your best friend all throughout the game.

Below you will discover some of the best characters that are going to be super powerful, as well as some that are going to be just fine until you get better ones. And believe me when I say it, you will get all of them, but it will take a lot of time. So don't despair if your first summons won't bring all the S-tier characters, because that won't be an issue, and I'll tell you why.

Looking for freebies? Here's our regularly updated list of all the current, active redeem codes for Illusion Connect.

You see, in Illusion Connect the summoning banners are account-bound. So, if you start an account tomorrow or next week, you will receive the same banners as somebody who's started their game months ago. The only difference will be the Selected Banners, which are server-wide.

Apart from the Selected Banners (which are usually event-related, but not only) most of the Rate Up banners are account-bound, and they are available for a week, starting the first day you open the game. So make sure you keep up with all of them and also don't forget to summon when a character that you want is available (like Yuffie or Kasumi). Also, keep in mind that there are redeem codes that reward you with plenty of free goods, so check them out and redeem them before they expire!

Below you can check out the Illusion Connect tier list of all the best partners in the game! If there will be any new characters added to the game, check back soon because we'll keep you updated!
CLICK HERE TO VIEW THE LIST »

These are the best characters, always super powerful and can become viable quite early on in the game, hence their place on the Illusion Connect tier list. Units like Miyuki are amazing for decreasing enemy rage very often, thus leaving them unable to cast their skills, whereas Yuffie, Nicola, Phoebe, and Kasumi are great damage dealers and more. As for Anna, she is the best healer in the game at the moment, and her kit is extremely powerful even as a mere 3* unit.

The S-tier units are pretty amazing since they can provide quite a lot to the team. Among them, there are two characters that currently have Awakening available, Maki and Hersey. They can work super well as attackers, so if you get them, make sure you keep them (because you'll need to make them 6* to awaken them). As for the rest, they can work super well in certain teams - for example, Nefir can be supported on a Sorcerer team, Vivian and Charlotte can be pseudo-tanks on the Light team, and Fenebeth is the only anti-healer in the game.

As for the two SR units, don't let their rank fool you - Pan can do crazy critical hits (upwards to 1mil) and Rikia is a great constant AoE damage dealer, debuff-remover, and CC-inflicting unit.

Units like Rotania, The Enforcers, Nina, and the rest are powerful once you reach a certain point with them. They can also be quite difficult to obtain but will provide a lot once you've upgraded them. For example, a maxed-out Rotania will be quite difficult to get (unless you're crazy lucky), and Nina, Saya, and Victoria will require a lot of Arcana grinding for shards.

The SR units in this list, Annie and Ann, are very powerful from multiple perspectives. Annie can be a very efficient tank on a Sorcerer team, and is very easy to star up since she's only SR. As for Ann, she can provide powerful buffs for the team, since she's the only SR unit that does that.

The characters below can work very good in certain situations, but are not often great at 3* or 4*. Some of them will only start to shine once they're 5* (like Gigi for example), while others can become viable quite early on, or act as a replacement unit (Chiyo, Rie). If you can invest in them, then you'll definitely find them useful in a team or two, so it's going to pay off.

Among these characters here, I'd recommend investing in Diamond, Amon, Chiyo, Rie, Hotaru and possibly Camille. However, do so only after you've maxed out your main team or if you want to use them as a filler. 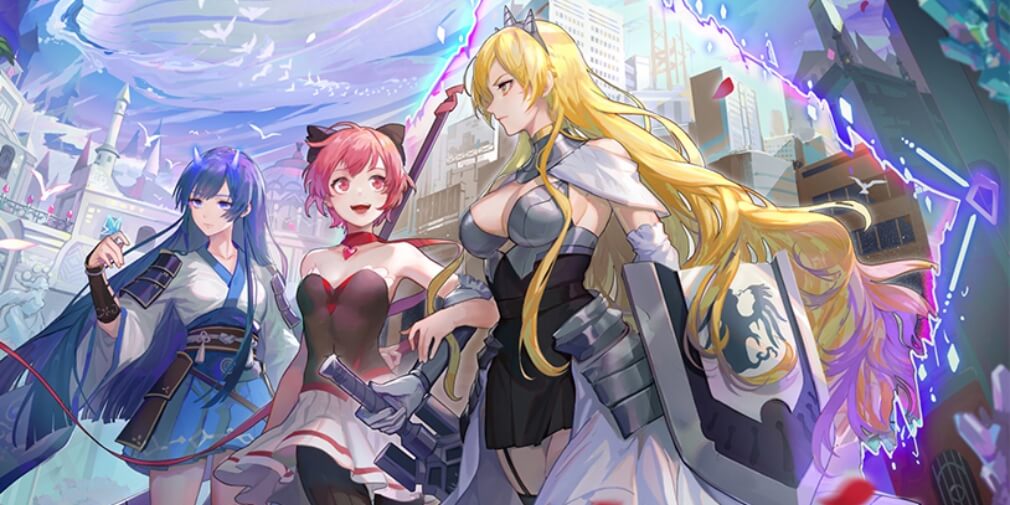 The following characters fall somewhere in the middle - they could be good fairly early on in the game, but without a team specifically build around enabling them, they are going to fall to meta units (like Sorcerers or Attackers) very easily. Mary, Alice, Jasmine and Shanti can be used as fillers or buffers until you get better ones, since they have a fairly low cost and are very cost-effective for that reason.

These are the characters you will most likely never use in the game, so I strongly advise against upgrading them soon. They are not really great, since there are a lot of better alternatives.

Pocket Gamer Awards 2021: One day left to get your votes in