Illusion Connect will be celebrating its first anniversary with a host of in-game events and giveaways, which include a new partner and ZombieLandSaga fan-faves. The tactical shojo RPG from Superprism Games will also add limited skins and other in-game bonuses as a "thank you" to the fans for their loyal support.

With Illusion Connect's first-anniversary festivities come the new partner, Hersey. The new character apparently has a particular hatred for anything rotten, lifeless, or withering, but has a penchant for the colour of crimson red.

Fans of the last collaboration ZombieLandSaga will also be delighted to know that Illusion Connect is bringing back familiar faces to the dream world. On top of that, the limited skins will also be available in the shop during the festivities. Players can make use of the special code #IC1st to claim exclusive rewards. 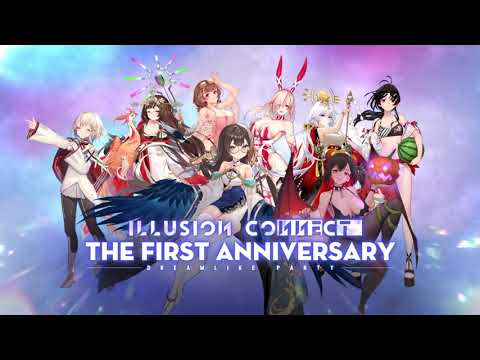 If you're not familiar with the game, Illusion Connect takes players on an immersive narrative that dives deep into the fight between the real world and the Dream World. There are six factions with unique characteristics, and players will have to harness the power of Lenses to keep humanity safe from malevolent creatures known as Nightmares in this tactical RPG.

If you'd like to get in on the action before all the festivities begin, you can download Illusion Connect and get a headstart on the first anniversary celebrations. It's a free-to-play game with in-app purchases, available to download on the iOS App Store and on the Google Play Store for Android devices. You can also join the community of followers over on the game's official Facebook page to stay updated on all the latest developments.

Are you on the hunt for more anime-themed RPGs you can obsess over on your mobile device? Why not have a look at our list of the top 25 best JRPGs for Android phones and tablets?

Next Up :
The Ramp is a relaxing skateboarding game with a focus on flow that's heading for iOS next month