Netmarble's The Seven Deadly Sins: Grand Cross has kicked off its Attack on Titan crossover event today. It's set to run until August 4th, giving you around two weeks to get involved.

You'll now be able to add fan-favourite characters from the hit series to your roster of heroes, including Eren Jaeger, Mikasa Ackermann, Levi, and Eren Jaeger.

Eren Jaeger can be unlocked by completing some in-game events, while the other three are available through the Attack on Titan pick-up draw. 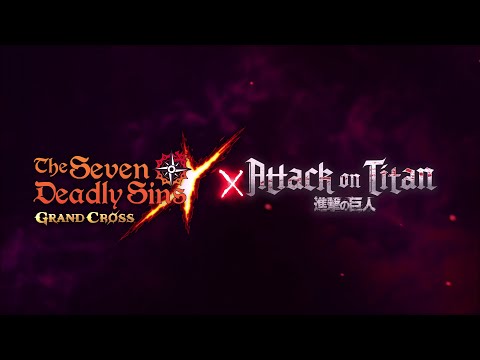 One of the main attractions here is the new World Quest where the Survey Corp and The Seven Deadly Sins partner to protect Liones from deadly Titans. On top of that, there's also a Lucky Box event that sees you collecting 3 tickets for Gold and Diamond prizes by taking part in collaboration events and sharing SNS. More prizes can be won by redeeming Lottery Tickets.

Once you've overcome the new World Quest, you'll be able to organise a team of 8 skilled fighters to take down a Titan. This is one way to earn Eren Jaeger. Then there's the Titan Conquest, which is where up to 4 players can band together to battle against an even more powerful Titan variant. Some of the rewards up for grabs include a collab hero costume, growth materials, and exchange materials. 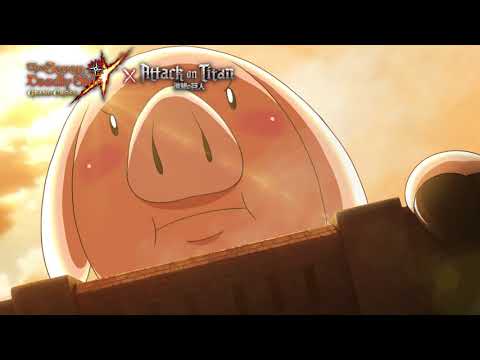 Grand Cross launched globally back in March and surpassed 3 million downloads in its first week. The game's a real looker, boasting 100+ story cutscenes and plenty of impressive environments to roam around in. The flashy combat's not too shabby either.

So if you're a fan of the series and quite fancy seeing a gacha RPG done well, you can grab The Seven Deadly Sins: Grand Cross right now from over on the App Store and Google Play.

In need of some high-quality RPGs? Here are 25 of the very best for iPhone & iPad