The Golden Gnomes, the 'Land Out of Time' immersive experience, and more

RuneFest 2019 was packed with announcements for both RuneScape and Old School, so many that I thought it best to compile them in one handy article. Along with the major reveals came some smaller highlights that you may well have missed, even if you attended this year’s event or watched the stream.

First off, here are all the major announcements from RuneFest 2019:

The organisers clearly pulled out all the stops to create a small, interactive part of Anachronia, the Land Out of Time. If you’re not hugely familiar with the game’s world, Anachronia is home to dinosaurs, one of which you can see below.

There was a huge volcano near the centre of the area that would “erupt” periodically. I also really enjoyed collecting the various skill chips by completing mini-games dotted around the event hall. All told, I found plenty of stuff to do during my time there, and the talks I attended were all insightful and interesting – even as someone who doesn’t have extensive knowledge of the games. 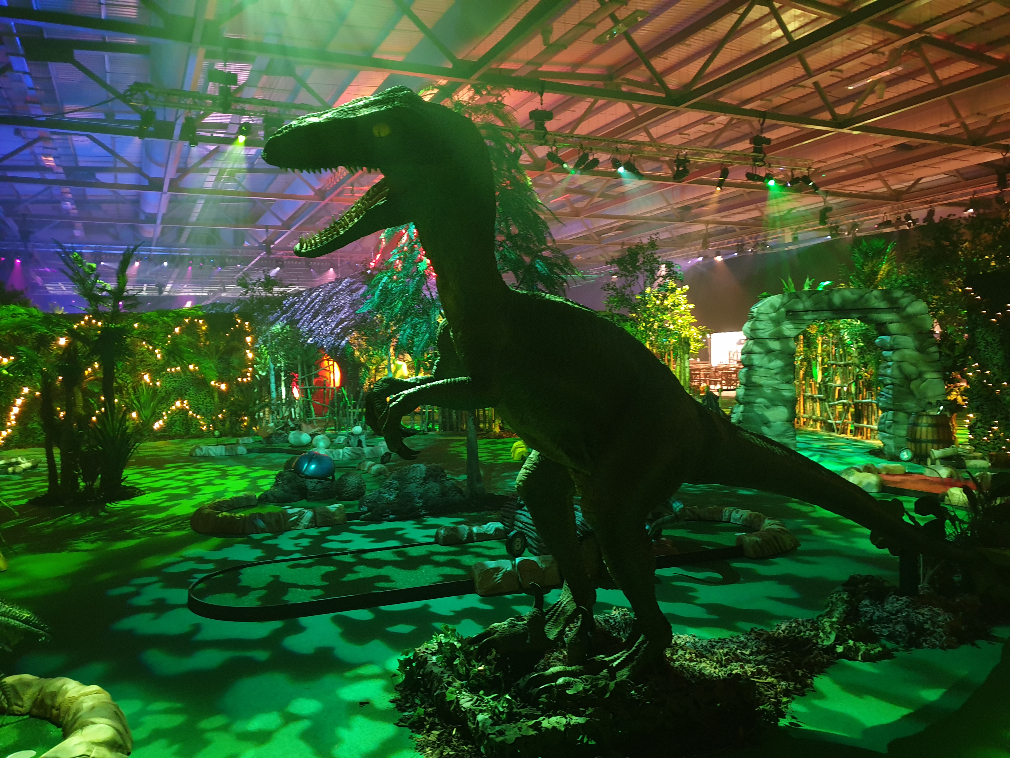 The annual Golden Gnomes took place on the Friday before the event proper. If you’re not familiar with the awards, they aim to celebrate the best of the game’s community, fans, and content creators. The highest honours, Community Champion, went to Prezleek for her popular RuneScape comic series. A huge applause also went to Settled, an Old School RuneScape YouTuber, who took home the Best OSRS Video Maker award. A full list of winners can be seen here.

Jagex CEO Phil Mansell announced that a whopping £175,000+ had been raised by the company’s Charitable Giving initiative. This was split between three mental health charities: CPSL MIND, The Princes Trust, and Rise Above the Disorder (RAD). Representatives from the charities were each presented with an oversized cheque for £58,545 in front of what must have been a couple thousand attendees.

RuneScape Mobile is available now in Early Access for Android