Apex Legends Mobile is all set to launch a brand new season with loads of content updates, a new legend, bug fixes, and a lot more. The season has been titled Hyperbeat and it launches tomorrow, August 23rd at 5:00 pm PDT.

Let’s dive straight into Apex’s latest legend – Crypto, a talented hacker with supreme encryption skills. Crypto’s real name is Tae Joon Park and he joined the Apex Games for a reason, to find those that framed him for murder.

His story is quite heart-breaking. Tae worked with the Mercenary Syndicate with his sister Mila, and one day the pair discovered an algorithm that could predict the result of any game. The higher-ups found out and the next day, Mila had disappeared, with Tae being framed for her murder. 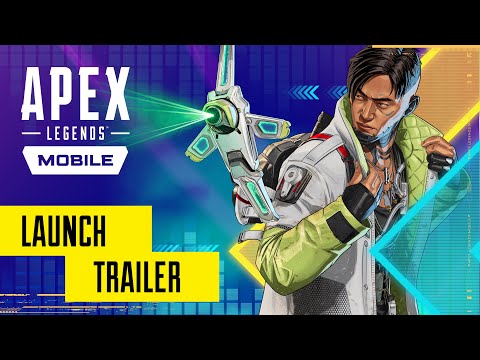 Taking on the mantle of Crypto, Joon Park hopes to clear his own name and find the people who framed him. He has a unique set of skills to help him in battle. His passive ability can mark enemies and traps in a 30m radius, the tactical can detect enemy squads and hazards by launching a pilotable drone, while the ultimate ability detonates an EMP that damages shield, slows enemies, and disarms all traps. Crypto has a whole list of perks to make use of as well.

The map has also been updated to include the new Pythas theatre with Rhapsody’s POI-altering songs and VIP Supply Bins that give access to crates containing lots of powerful gear. Also, Ranked Mode players should remember that their ranks will have been reset and they will start off, with a new ranked split being added into the mix as well.

Get ready for the new season by downloading Apex Legends now for free.

Also, check out this list of the best battle royales to play on mobile!
Download now!
Apex Legends Mobile

Next Up :
Puzzle & Dragons' latest collaboration is with the manga series Kingdom