EA's hit mobile adaptation of the legendary battle royale Apex Legends, Apex Legends Mobile, announced not only the upcoming launch of Season 2 but also the addition of the newest legend to the Apex Games, Rhapsody. Rhapsody is a music-loving DJ who uses soundwaves and help from her AI robot partner Rowdy to do damage to opponents and also shield her own teammates.

Featured in the Season 2 trailer below, Rhapsody’s backstory discusses how she rose from poverty in the dangerous district of Neon Dunes to rise up in popularity within the Pythas district where she played tons of gigs and made a name for herself. Now, after her mother was fired from the tech industry giant Pythas Inc. for discovering company secrets, Rhapsody competes within the Apex Games to get her family out of debt and allow herself to live a happy life filled with headlining clubs and comfortable life for that family. 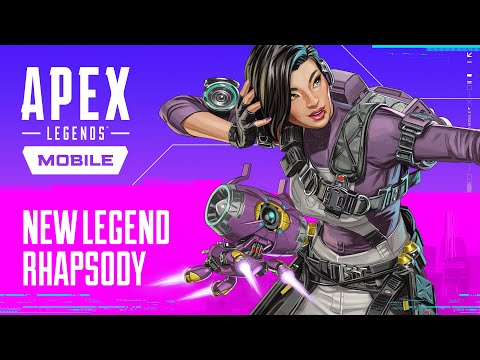 In terms of abilities, it’s not totally clear exactly what Rhapsody does yet, but we can garner a few details from the Season 2 trailer. The biggest and most obvious one is that at about halfway in when she is doing battle with Octane, that AI robot Rowdy emits a massive multi-coloured shield that seems to cover a huge area in front of her. It seems like bullets cannot penetrate it, but it may be breakable with enough damage. Beyond that, however, it’s mostly speculation. Her execution against Octane shows Rowdy letting out a large burst of soundwaves to kill him, so it’s probably not too far of a stretch to imagine that she’ll have some damage-dealing potential using a similar function from Rowdy.

As for what the rest of Season 2 includes, all we know for sure so far is the inclusion of Rhapsody and the addition of the brand new neon-soaked and highrise-filled city of Pythas. If you’re looking for more information as details about Season 2 are released, you can check out the official Apex Legends Mobile website. Until then, you can also give it a go for free on the App Store and Google Play right now!