Following the announcement of pre-registrations for the upcoming anime strategy RPG Alchemy Stars, the publisher has started a Twitter event and released a trailer for the game. The event is to celebrate the upcoming launch of the game and offers players several rewards.

With the help of the trailer, players can take a look at the upcoming land of Astra and its six factions by taking a virtual tour and earning rewards simultaneously. The new event is called Alchemy Stars Express, where rewards can be redeemed by using a CDKey. The Key is available on the game's official Twitter. In case you missed it, use some of the Alchemy Stars codes, they are sure to give you some free bonuses!

To escalate the hype among the players, Tencent will be releasing new trailers every week, which will show us a glimpse of new characters, factions and more. Board the Alchemy Stars Express and introduce yourself to Illumina, located in an underground city called Gannon.

The city of Gannon has a lot of new things waiting for you to discover. One of the special features of this underground city is that it fuses ancient wonders with modern technologies. 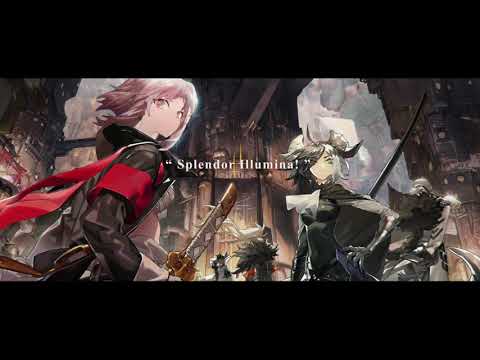 Apart from frequent teasers, players get a chance to collect postcards of the game’s characters that can be exchanged for a chance to win a $25 Google Play gift card. The process to collect a postcard is quite simple, as players just need to select a character from the weekly character introduction tweet on the official Twitter.

Once you’re done choosing a character option, a tweet will be generated with a postcard attached to it. Each postcard is worth $25 and a total of 6 postcards can be collected as it’s a 6-week long pre-launch event. In addition, players who have participated in the entire event can claim a limited edition Alchemy Stars Box.

On the hunt for more top-tier RPGs to play on the go? Here are 25 of the best that are currently available for iPhone and iPad.
Next Up :
CROSSFIRE: Warzone adds new Sudden Breach content and other quality-of-life improvements in latest update