Lilith Games has announced a huge update to AFK Arena, bringing its first-ever Awakened Hero into the idle RPG. In particular, Talene - The Resurging Flame is joining the fray as a reborn version of Talene - The Rising Phoenix.

In the latest update for AFK Arena, players will discover the tale of Talene's fate during her battle with the Hypogen known as Framton via a gorgeous story cinematic. Players can also expect a new comic about the celestial hero's vengeance and rebirth, as well as an exclusive track titled Soar by Daisy Gray.

Players will uncover the narrative of how Phoenixes roamed the lands of Esperia in peace until the Hypogen known as Framton wreaked havoc and wiped out the entire race. Talene became the last surviving member of the once-glorious race, and with the power of the Solaris Flare, she transforms into The Resurging Flame. Armed with new abilities and a firm resolve, she sets out on a quest to avenge her people into the Dark Forest. 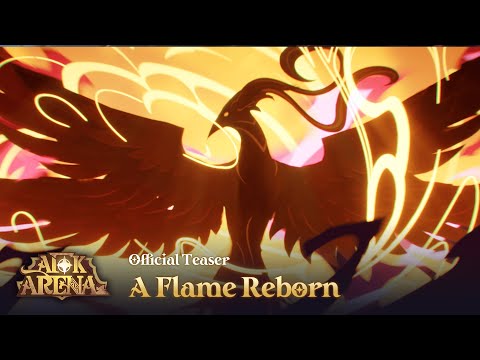 If you're keen on finding out more about Talene's tale, you can take a little sneak peek at the embedded teaser trailer above. From this short clip, we can see the stunning animation and character art in action - and it's only the beginning. Lilith promises to reveal more in the coming weeks, as well as showcase the full trailer detailing Talene's story.

For now, you can download AFK Arena on the iOS App Store or on the Google Play Store for Android devices. It's a free-to-play game with in-app purchases. You can also head on over to the official website to stay updated on all the latest developments.

Are you on the lookout for more idle games on your mobile device? Why not take a gander at our list of the top 15 best idle games on Android?

Next Up :
Ncroquis' Devil Legion is a new strategy game where you battle your squad against other players, out now on Android