In Wild Arena Survivors, you take part in a battle against 40 other players trying to be the last person standing in the crazy fast-paced matches. The battles take place on an exotic island where you can find hidden chests and take down wild animals to gather boosts.

You can play as one of the many survivors (heroes), each with different abilities, stats and playstyle. You can also level up their skills to make them more powerful. Now that you have an idea about what Wild Arena Survivors is, here is how to download it. 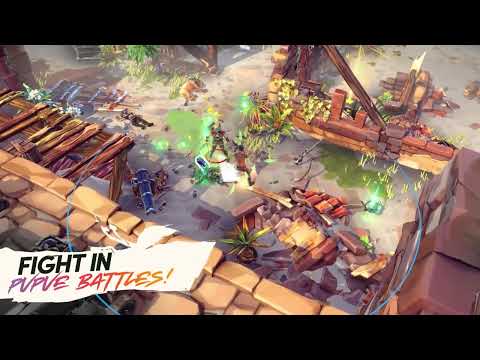 How to download and play Wild Arena Survivors before the official release on Android?

Yes, it's that easy. Ubisoft has not enforced any regional restrictions. So you don't even require a VPN.

When will Wild Arena Survivors release?

Ubisoft is yet to even officially announce Wild Arena Survivors. It is currently being tested for a limited audience. Wild Arena Survivors is in the early stages of development and should take quite some time to release. But don't worry. We will keep you updated on any official news about this upcoming battle royale. Stay tuned.

Next Up :
Vikingard tips, hints & getting started guide