Torchlight Infinite release date & everything else we know so far

Torchlight Infinite is a game many have been expecting, namely fans of the Torchlight series. First released in 2009, then followed by another two successors in 2012 and 2020, the audience grew considerably. Now, in 2022, we can also add a mobile-exclusive title (for now!) to that collection under the name Torchlight Infinite.

In this article, we will cover everything you need to know about this latest title, so you will know exactly what to expect from the game once it is officially released globally. From gameplay and characters to Torchlight Infinite release date, we'll share with you all the information we know thus far, as well as some input after playing the game. So without further ado, let's dive right in!

Starting off with the gameplay, there is one aspect that is especially obvious - the game is on mobile, so you don't have your typical mouse and keyboard setting. That's one of the most challenging parts, especially if you're not used to the on-screen joystick mobile games typically have.

However, the touchscreen controls are extremely intuitive and responsive, and after some getting used to, finding the right skills and targetting your abilities is a breeze. Of course, you have the minimap to look at, and that can be a tad challenging (since it's on a much smaller screen), but you'll soon find yourself immersed in the experience rather than trying to figure out how to play the game.

Overall, Torchlight Infinite is a big 'yay' in the gameplay department. From the narrative to the character selection and progression, everything is smooth and true to the Torchlight art and visual style.

Will Torchlight Infinite be on PC?

Torchlight Infinite will be on PC, but at the start, it will be released only on mobile devices (iOS and Android). At a later date, however, the game will be available on PC too.

What heroes will be available?

At the moment, we only have a handful of heroes to play. Some of them are new, others - you're probably familiar with. 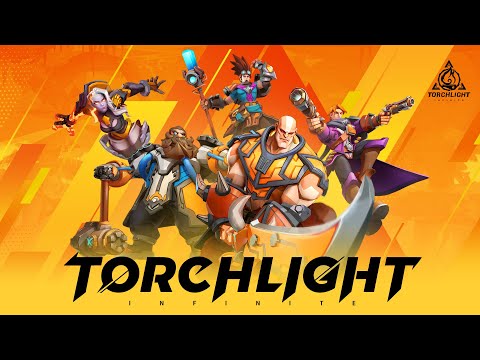 If you've found yourself here, chances are you really want to know when Torchlight Infinite will finally release. While we don't have a set date for the official global release, we do know for a fact that the game went into its second Closed Beta phase on April 24th, 2022.

At the moment, we can probably expect the game to release in the second part of 2022, but that's just speculation (as we're eagerly looking forward to it). We will keep you in the loop though, and post any and all updates we have on the game as soon as we learn something new.

Since they're both upcoming ARPGs, chances are you're wondering which one is better, or which one you should play? Well, the answer is simple - why not both?!

They are both action role-playing games, and you will probably enjoy each one differently. While Diablo Immortal has a certain narrative and follows the classical Diablo plot, in Torchlight you have the classical Torchlight approach.

Is there anything else you're eager to find out about the game? Let us know and we'll do our best to answer all of your questions!